I've known Allison from Aliquid for a while- particularly after she nominated me for a Leibster last year! Imagine how excited I was to hear that she was also planning an indie brand. Of course I had to get my hands on some, as soon as I possibly could.

I actually swatched these a few weeks ago already, but I hadn't gotten around to editing them because the sheer number of photos I took was daunting. Usually for an NOTD I'll have as many as five pictures, here I have over three times that. That aside, I think these are some of the crispest swatches I've ever done, so hooray for that! 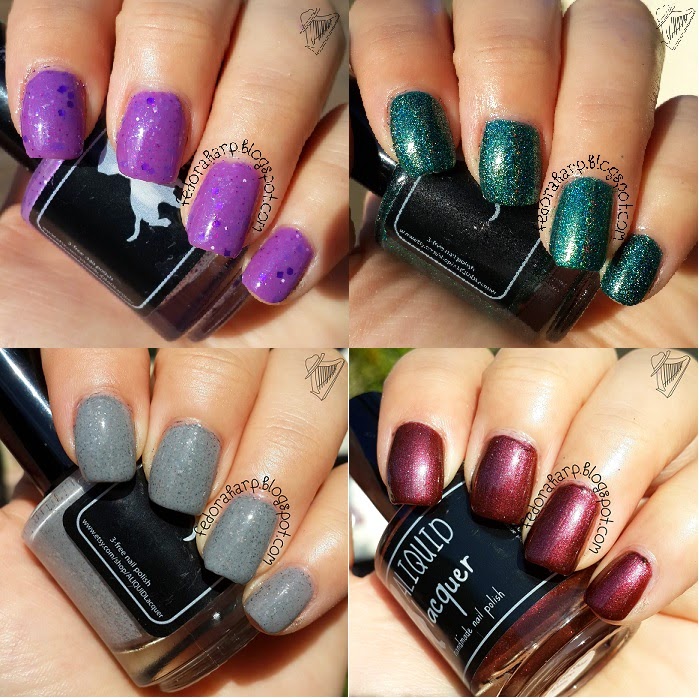 Regarding application and formula: All of these applied about the same, opaque in 2-3 coats, applying evenly and smoothly with an easy to manipulate formula. I experienced no pooling or streaking or even brushstrokes on any of them.

Click the readmore to see detailed reviews of each one!


Stop and smell the Orchids 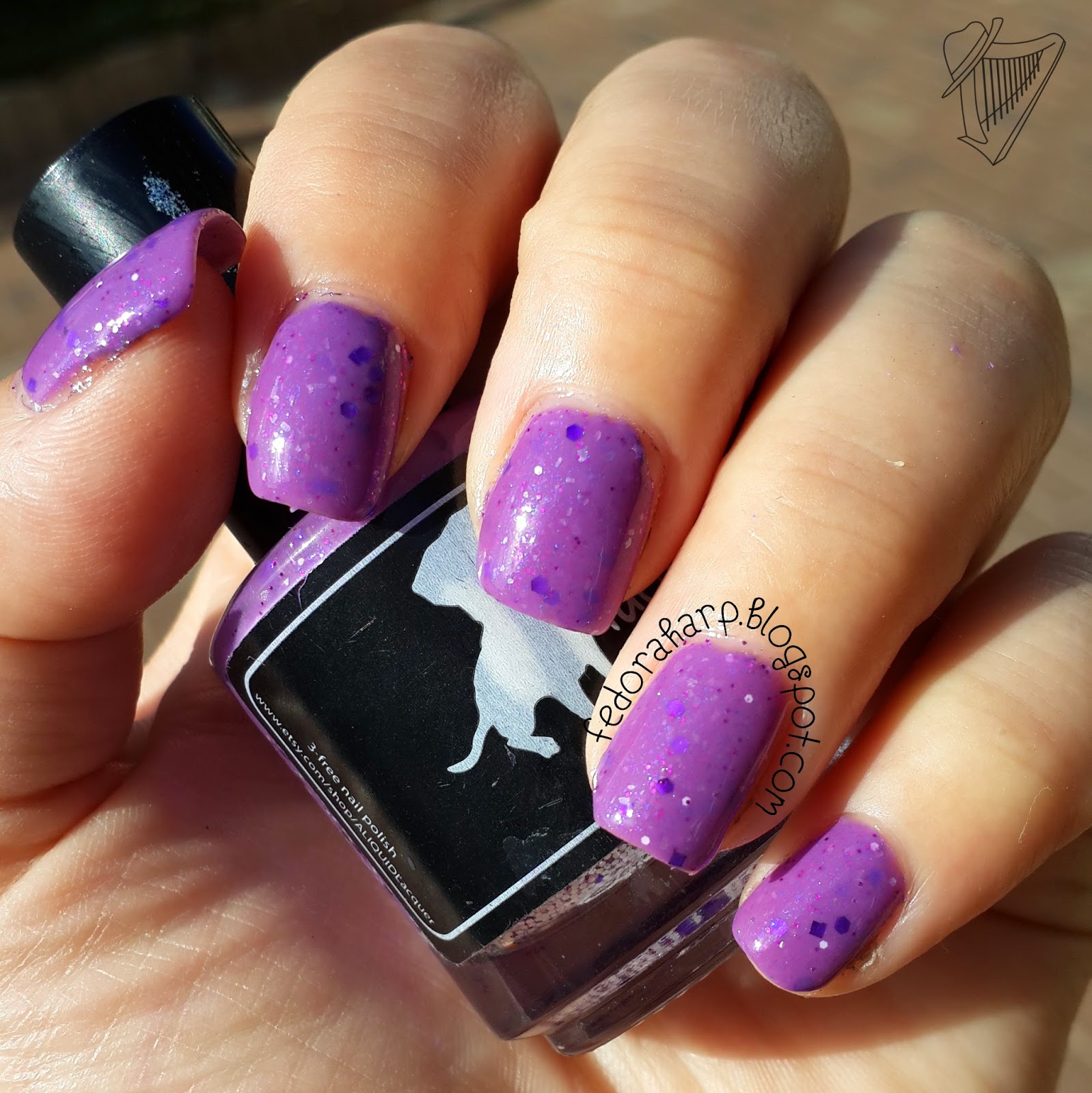 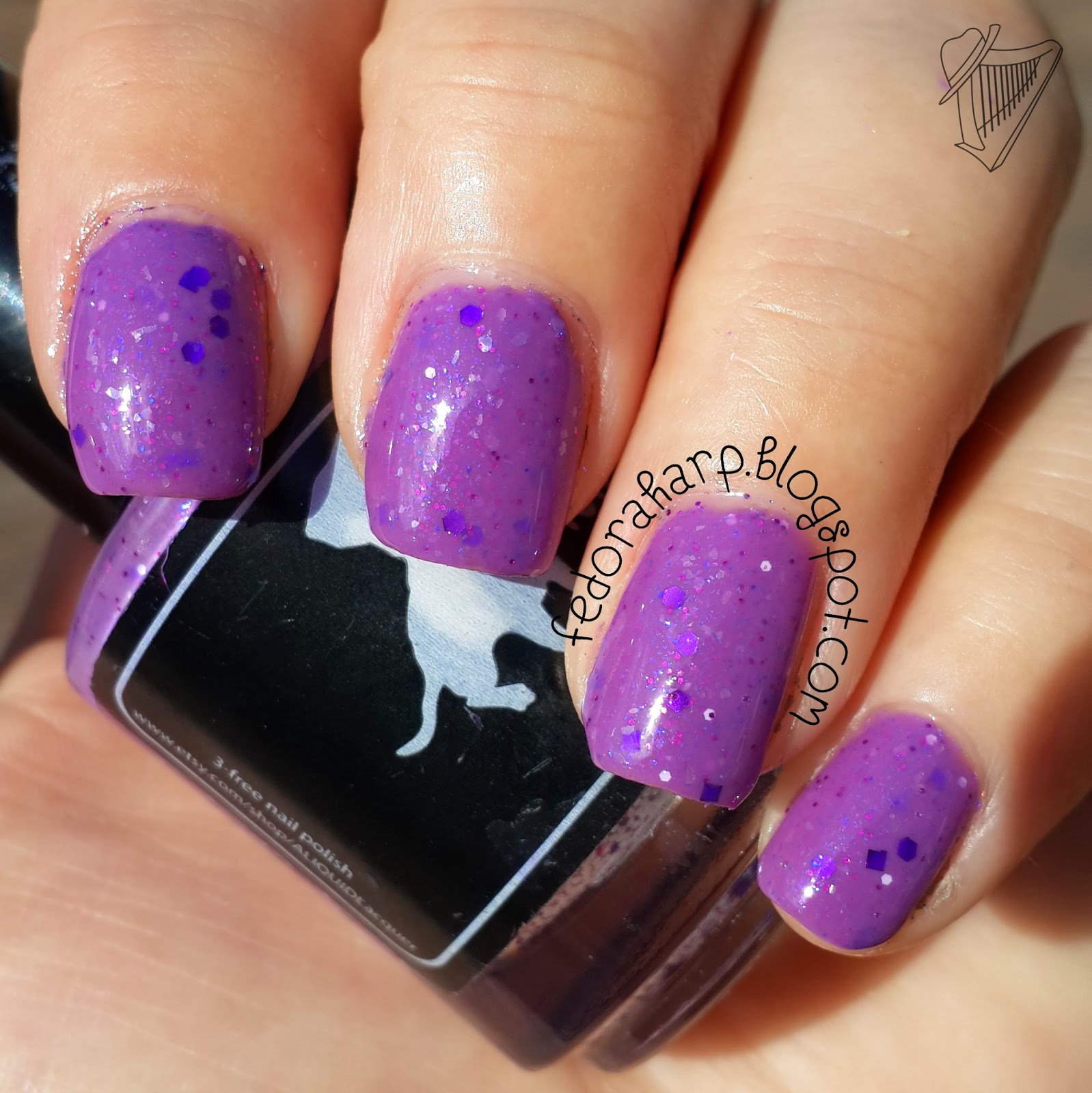 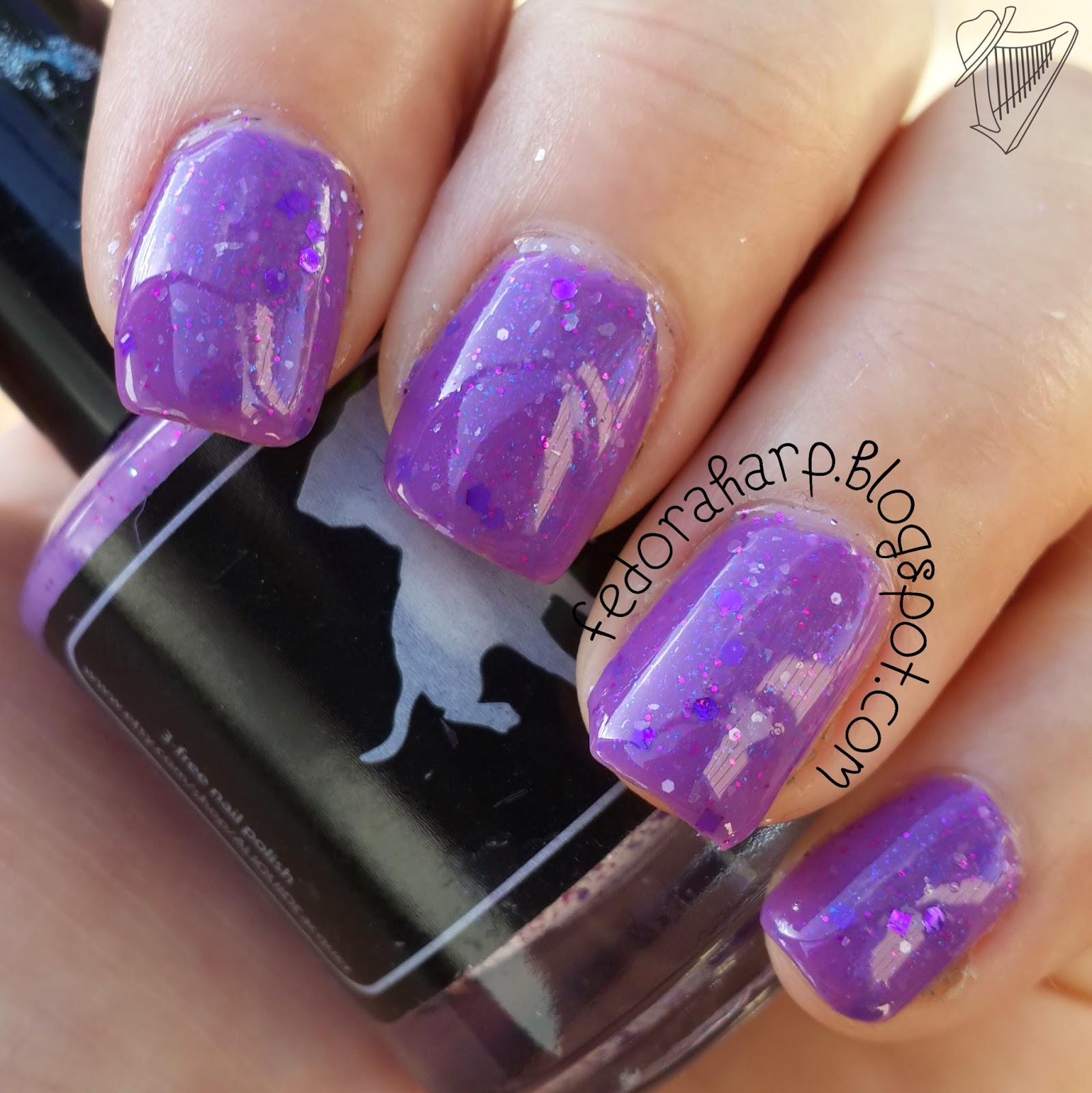 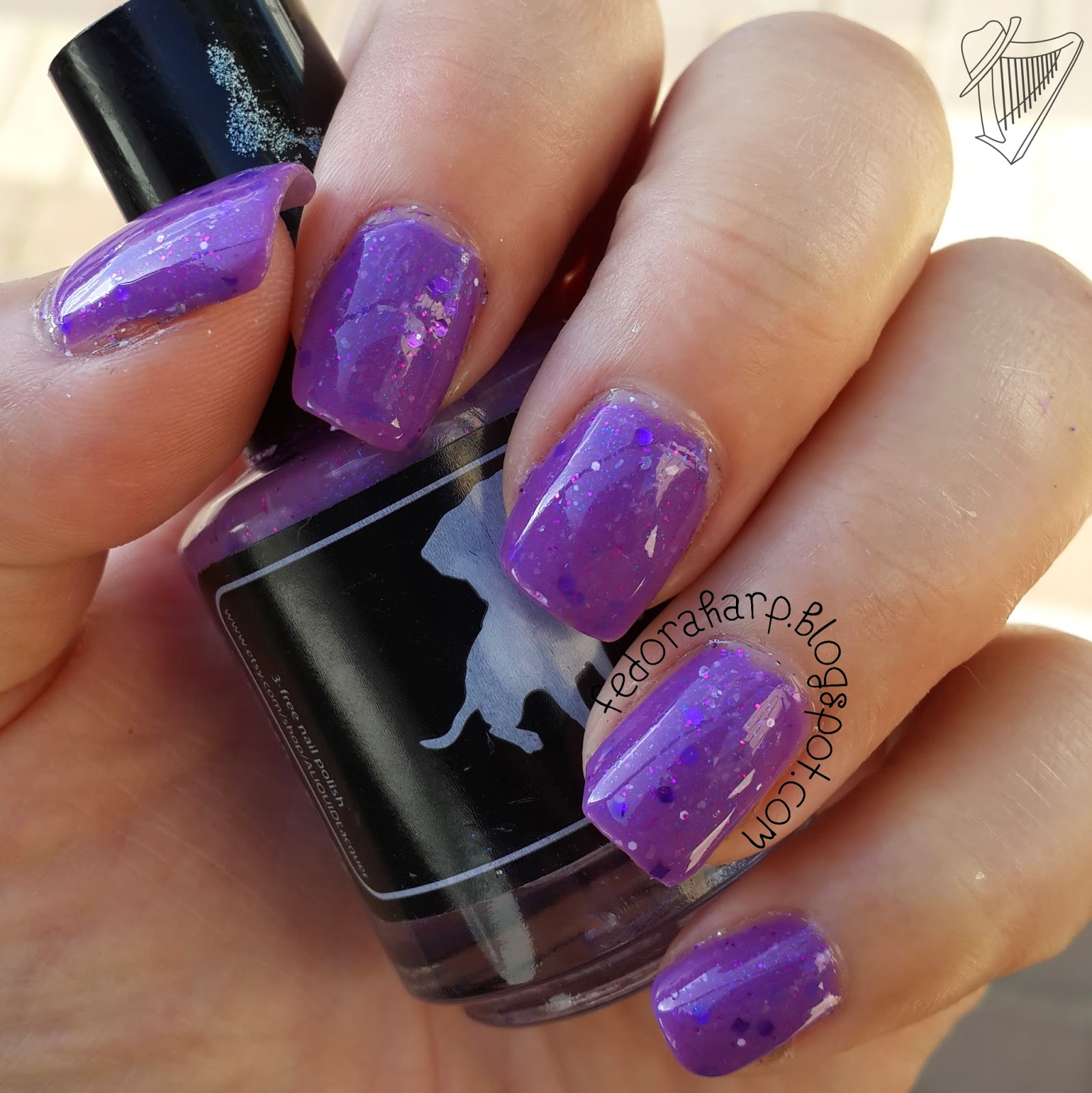 Stop and smell the Orchids is Aliquid's take on Pantone's color of the year 2014- Radiant Orchid. And radiant it is! A delicate violet crelly filled with medium purple hexes and squares, smaller matte white hexes, and a strong fushia and blue microshimmer under direct light. The glitter is not overly crowded, allowing the main violet color to show through as the dominant color. 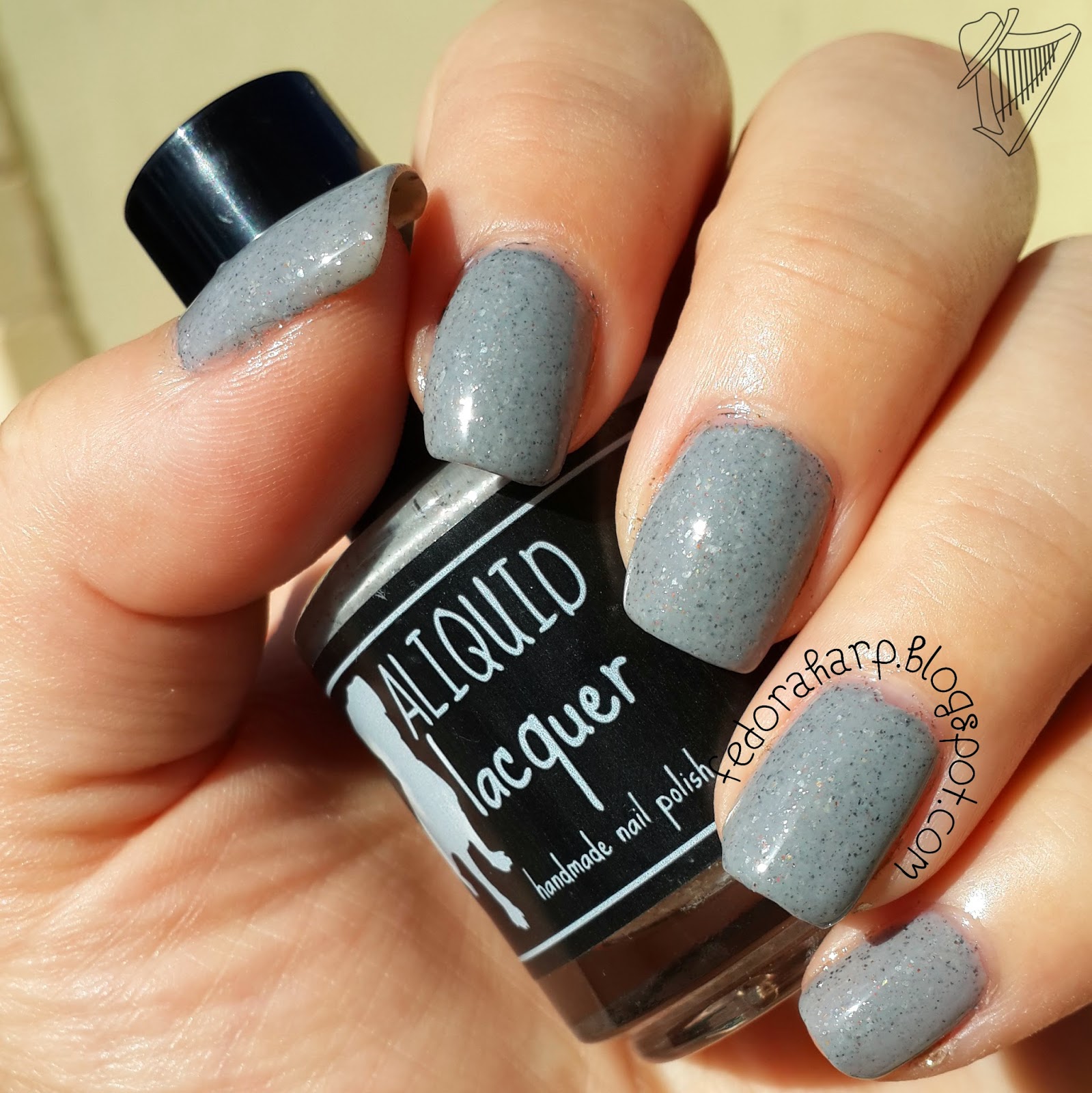 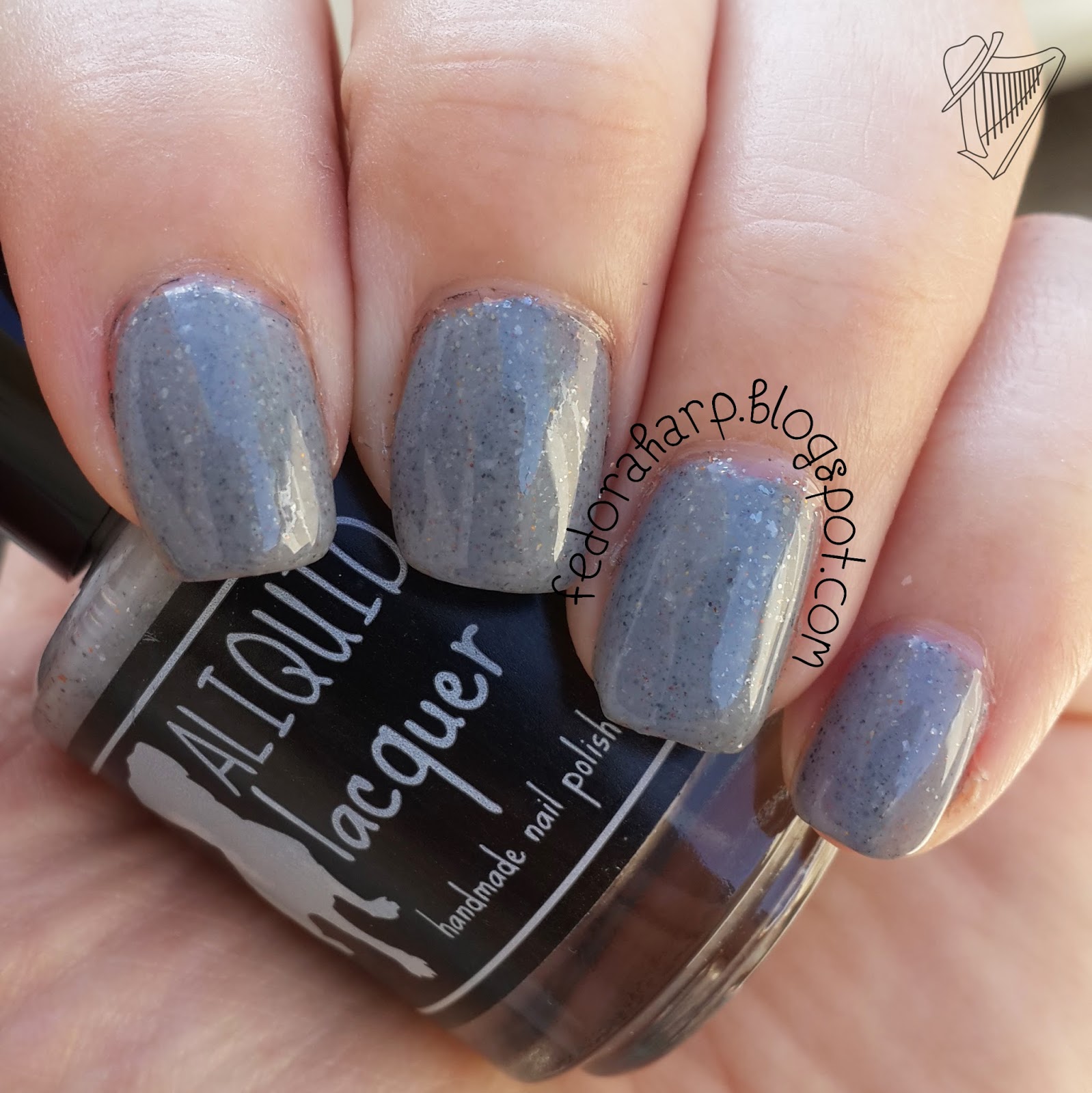 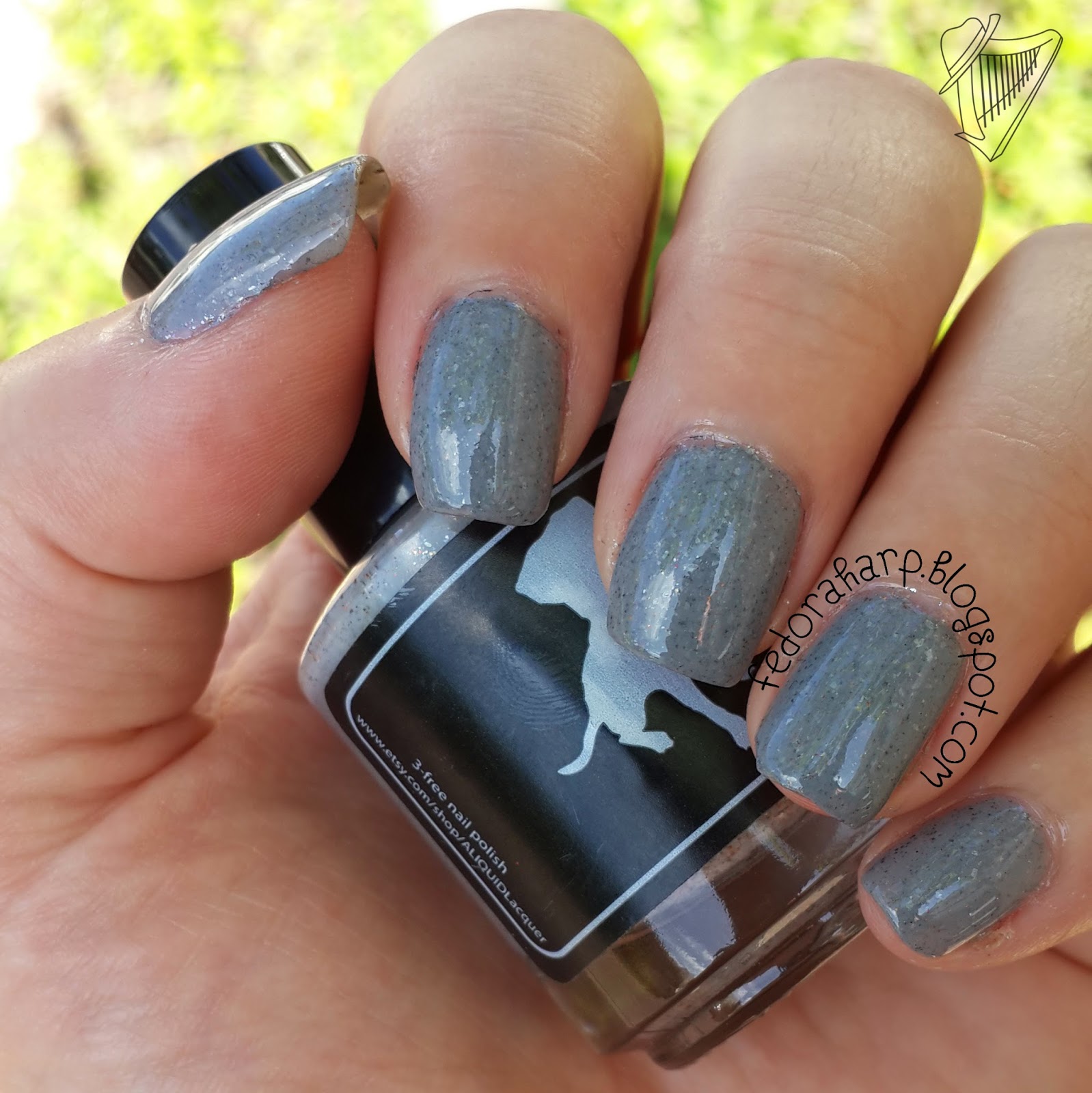 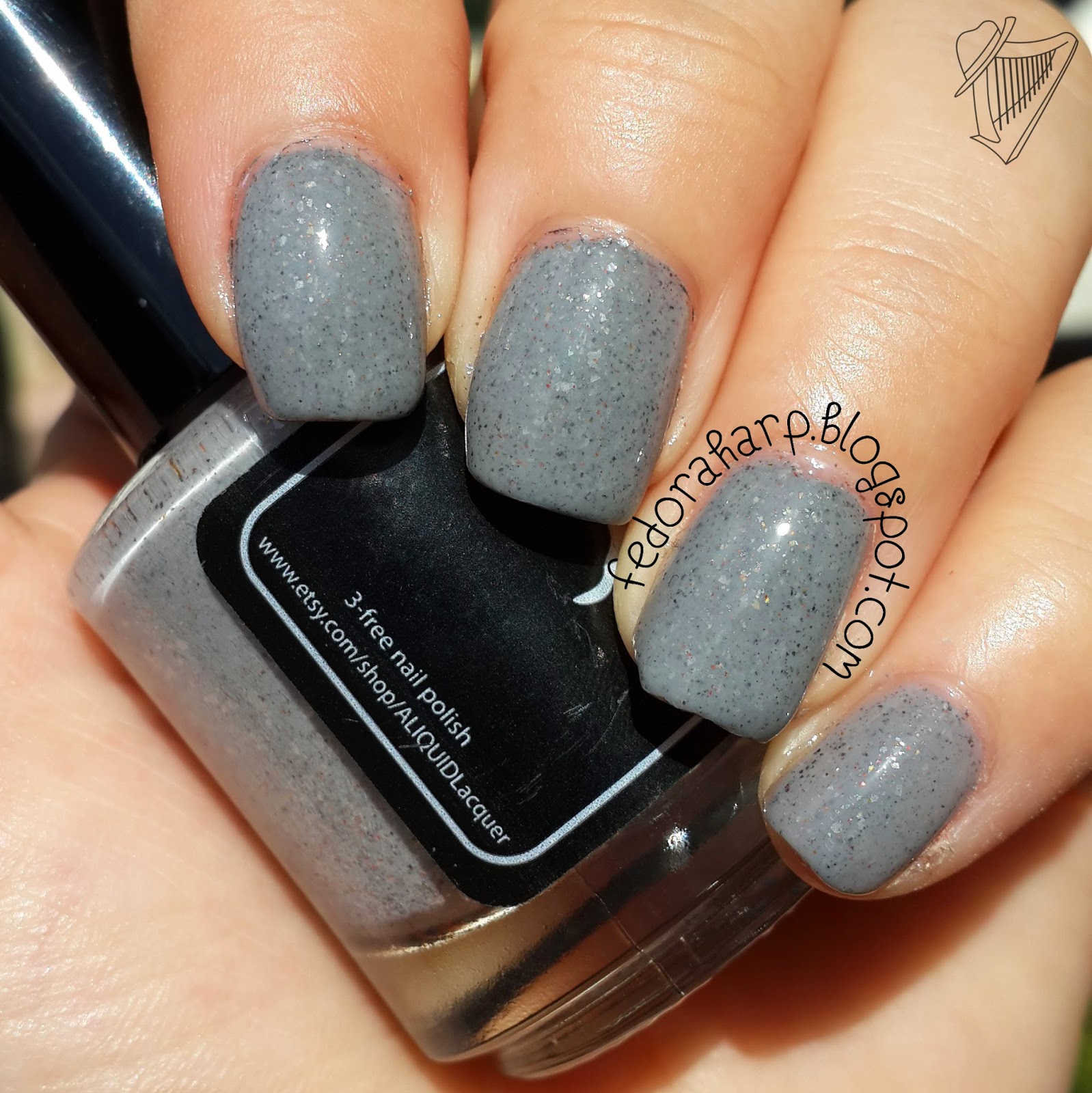 Gargoyle is what I imagine concrete would look like if you ran it through a rock tumbler (assumingly it actually makes it through the process- concrete is NOT good for tumbling). A modest grey cream, but secretly impressive, being filled to the brim with darker grey speckles and microflakies, giving it a very nuanced and unique appearence. It's not textured at all- it dries completely smooth to a glossy finish. 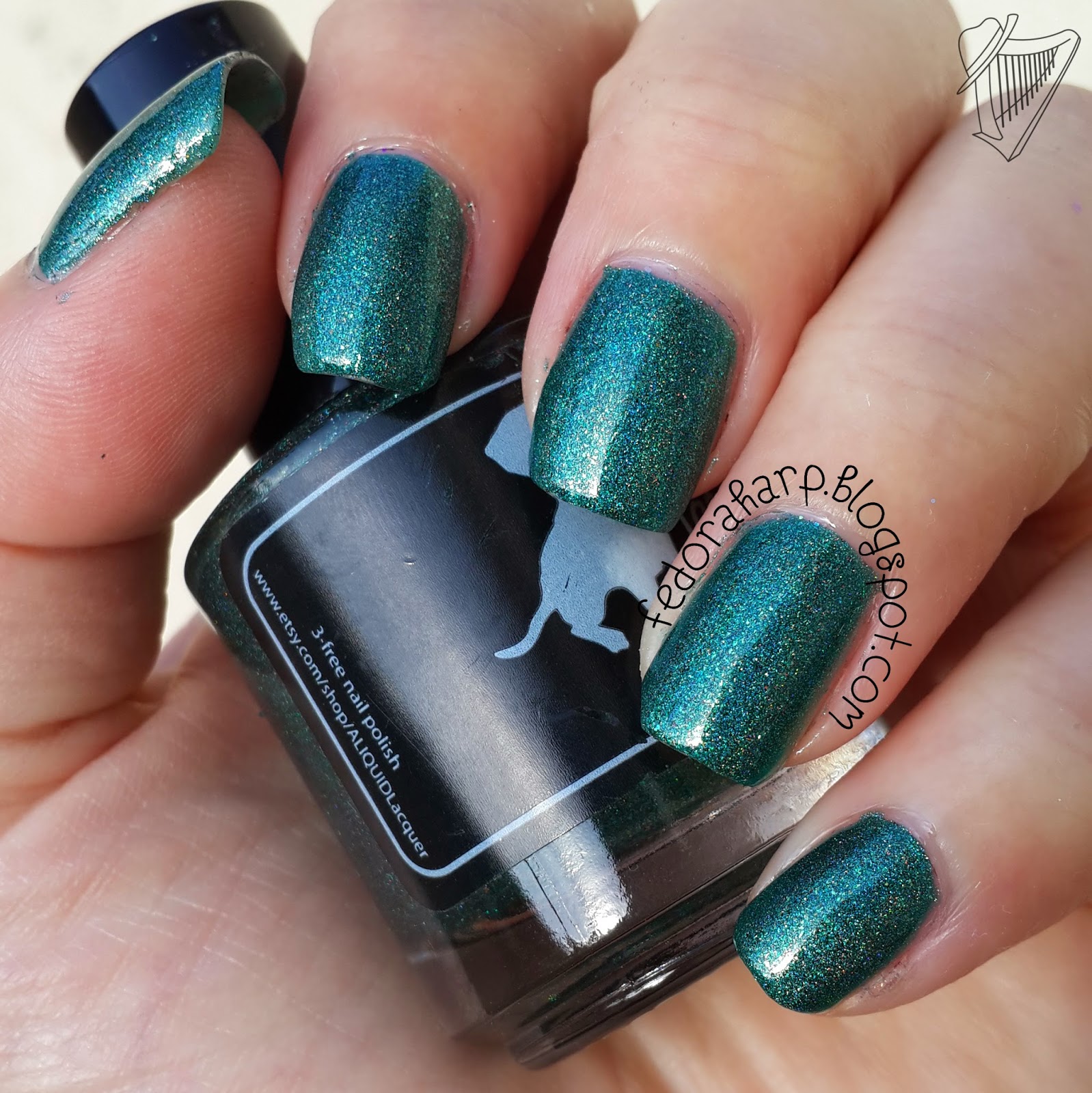 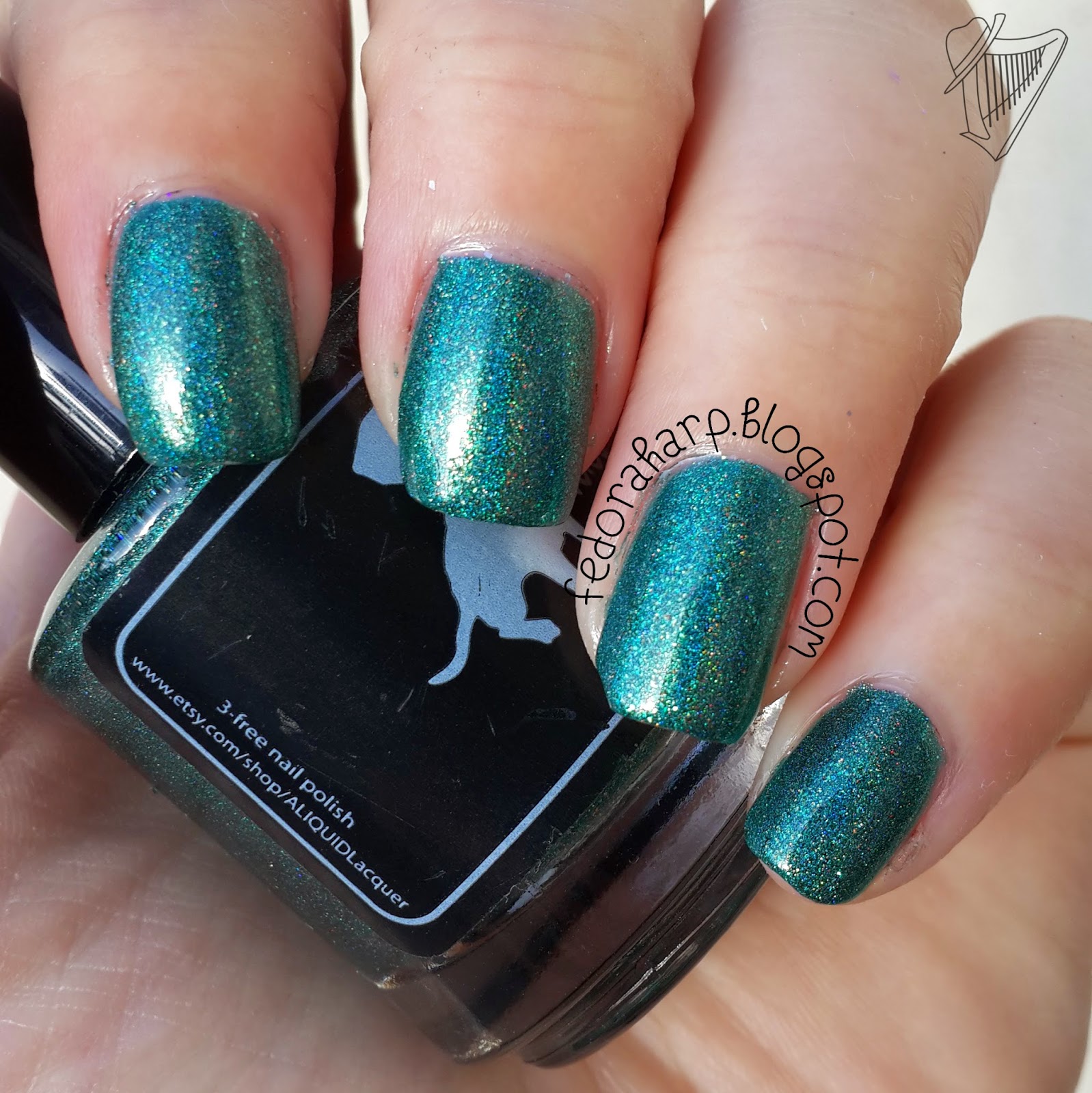 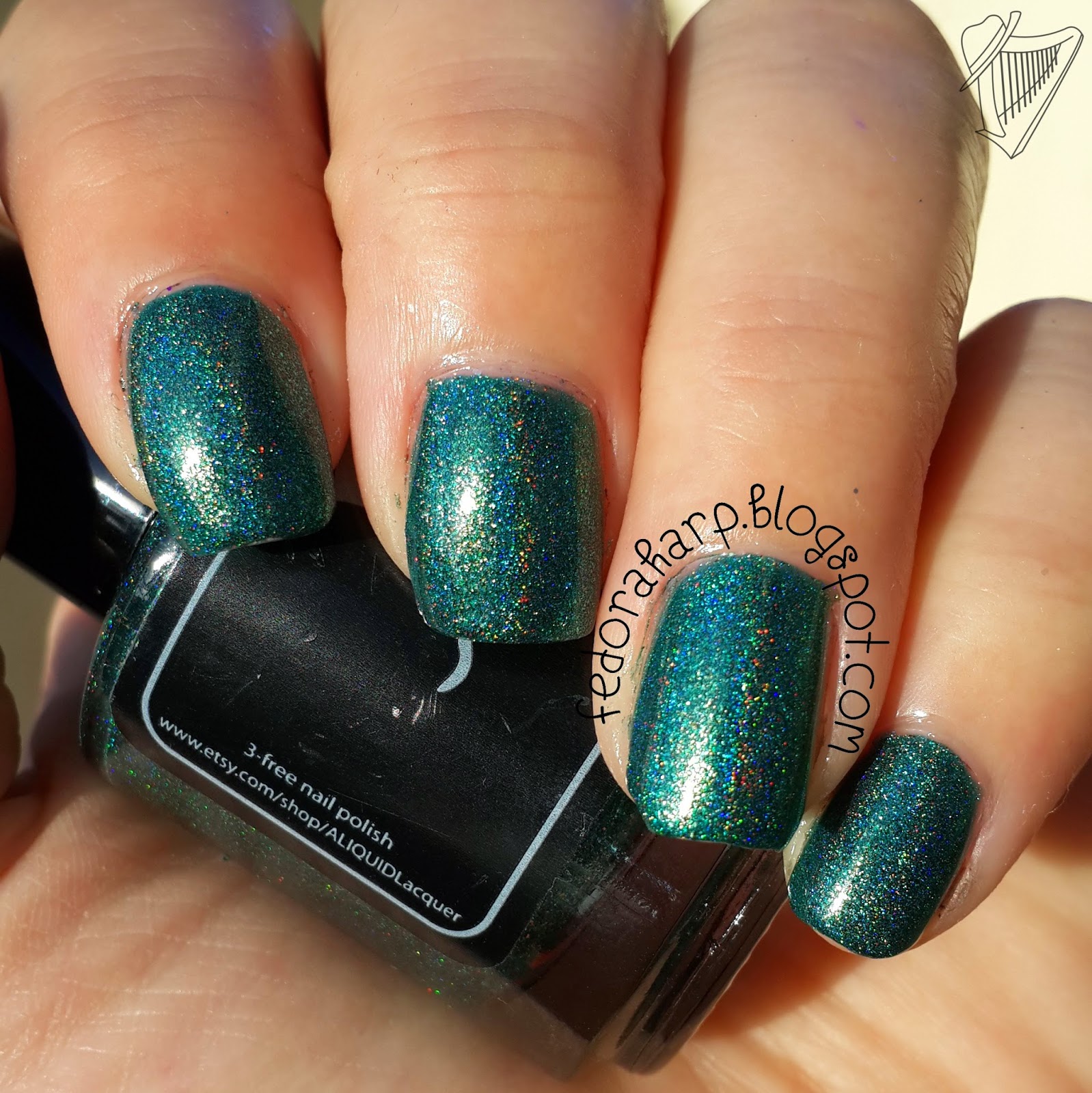 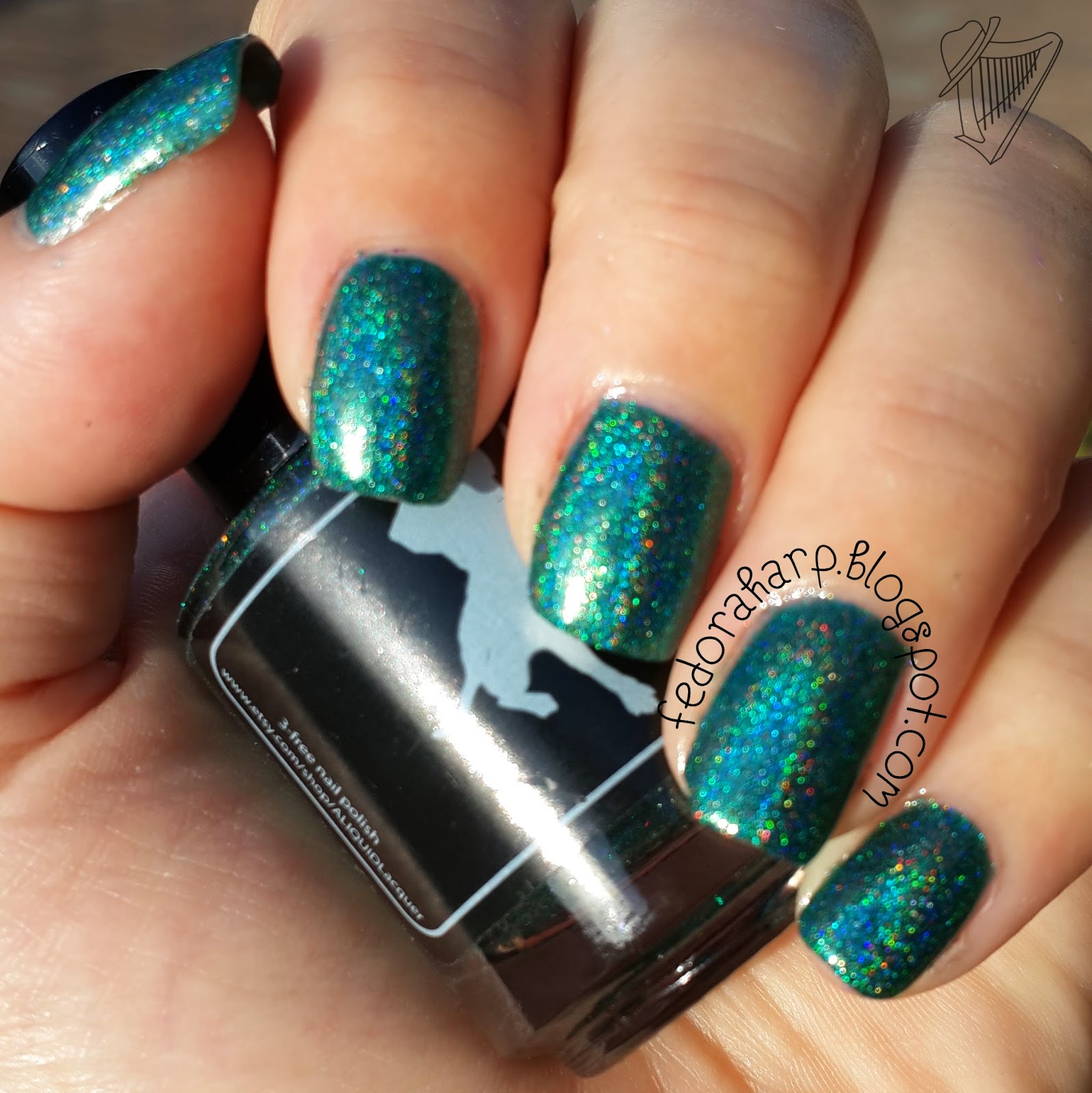 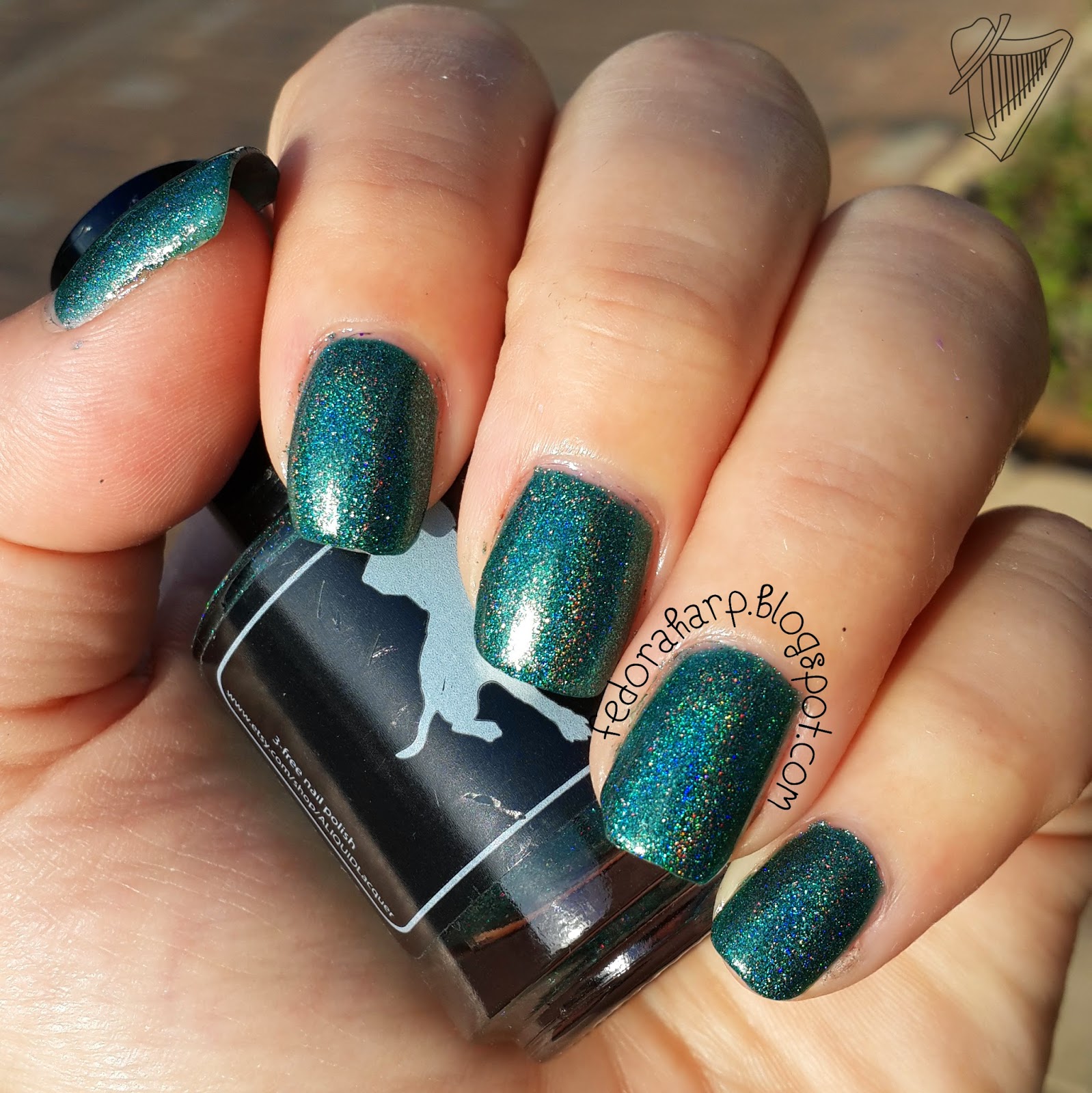 Hidden City is the first of two polishes I purchased from her Silmarillion collection. I admit to not being a huge Tolkien buff, but how could I not buy this gorgeously complex holo? The base for this color is a deep bottle-green, with a strong linear holo. But more than that, it also has shimmer particles in a number of different green shades, as well as a gold flash. 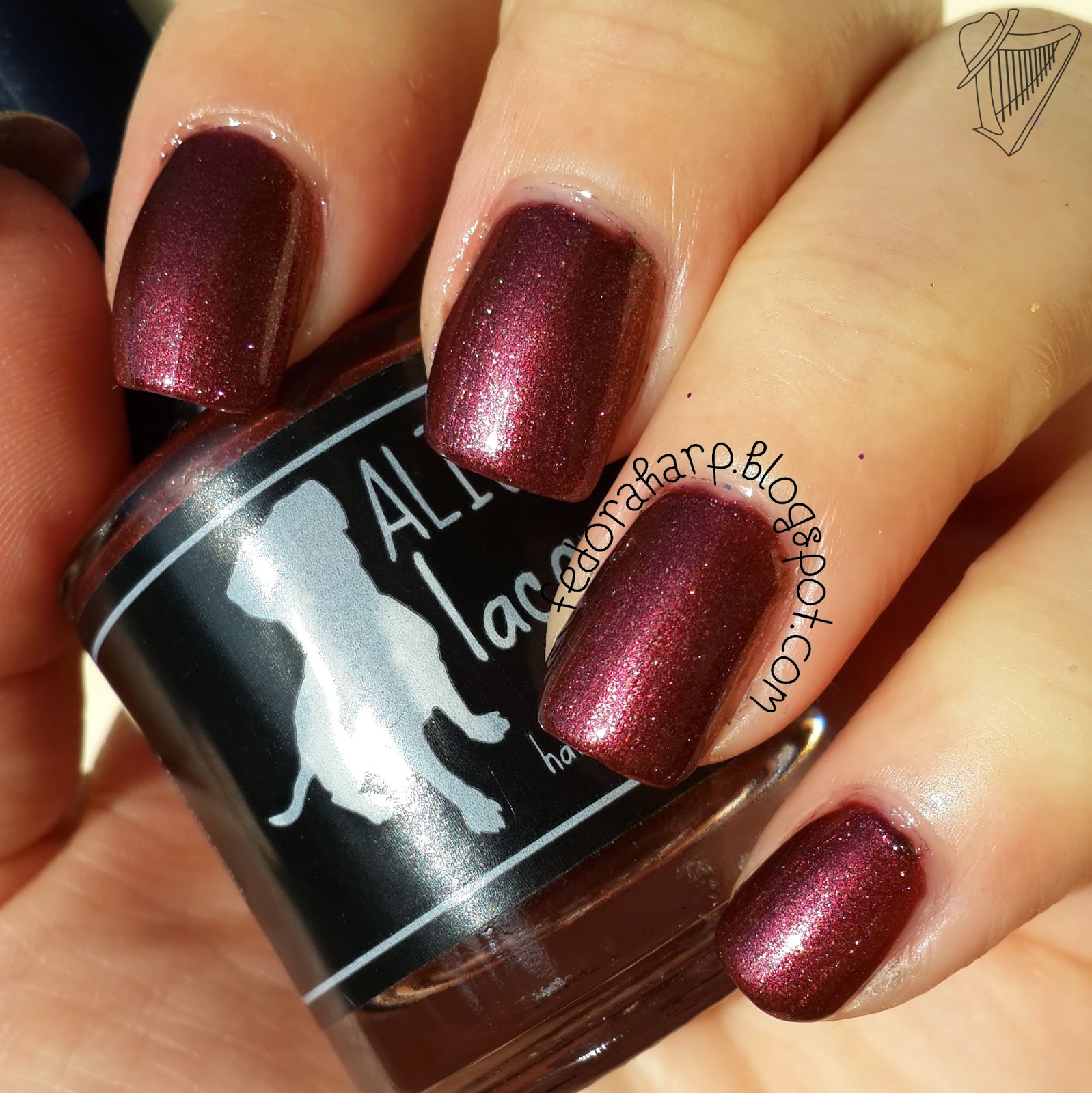 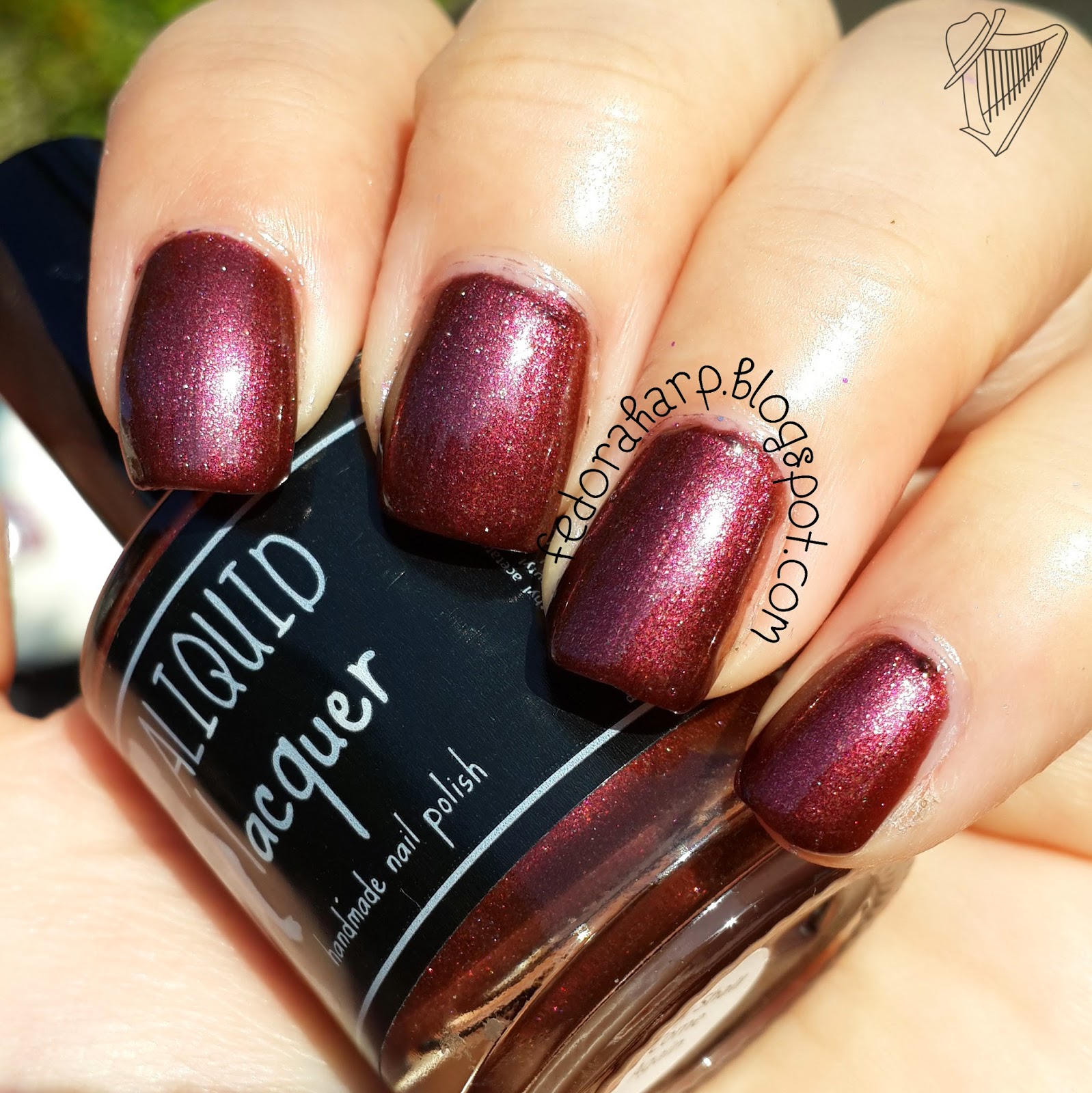 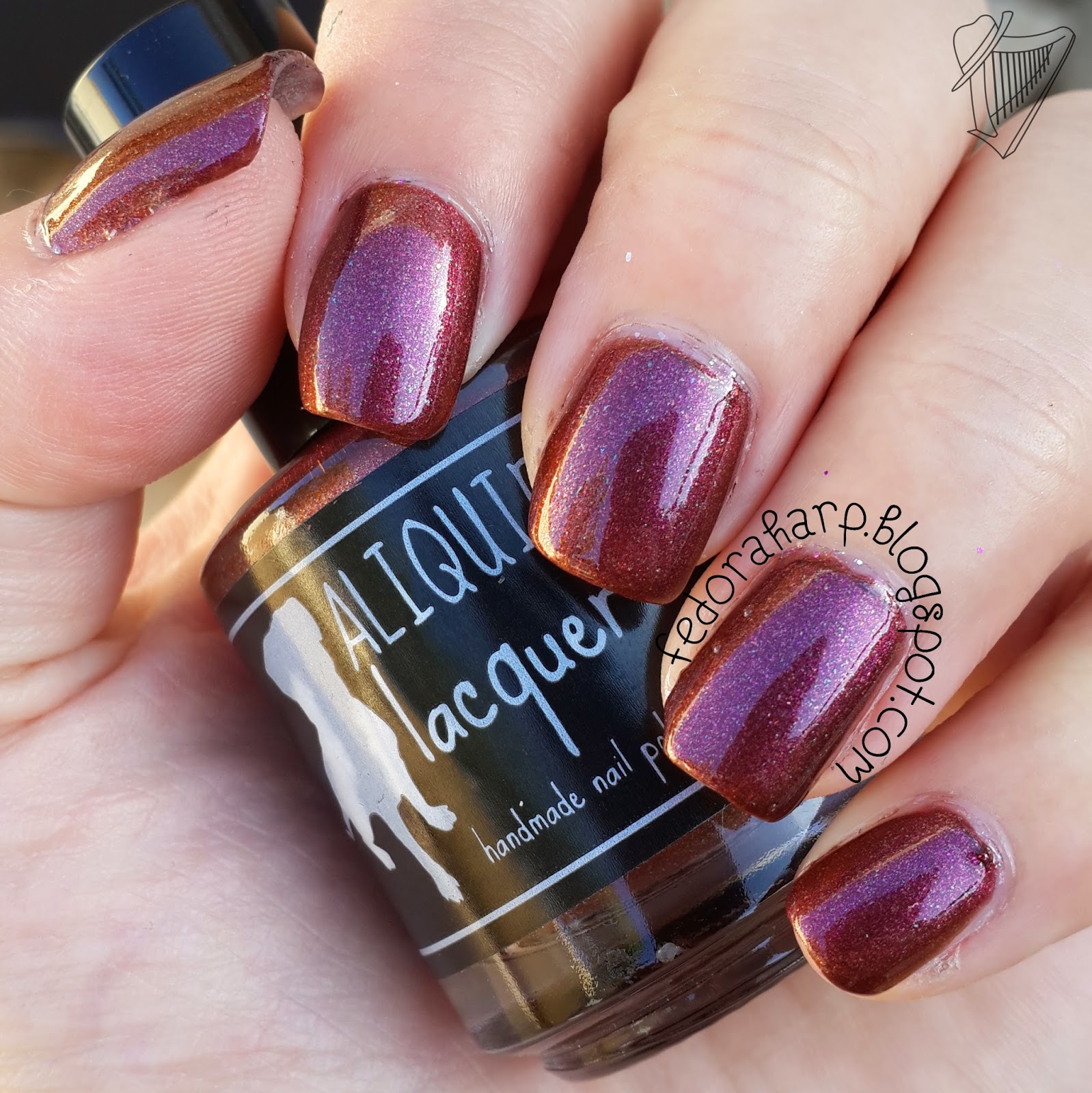 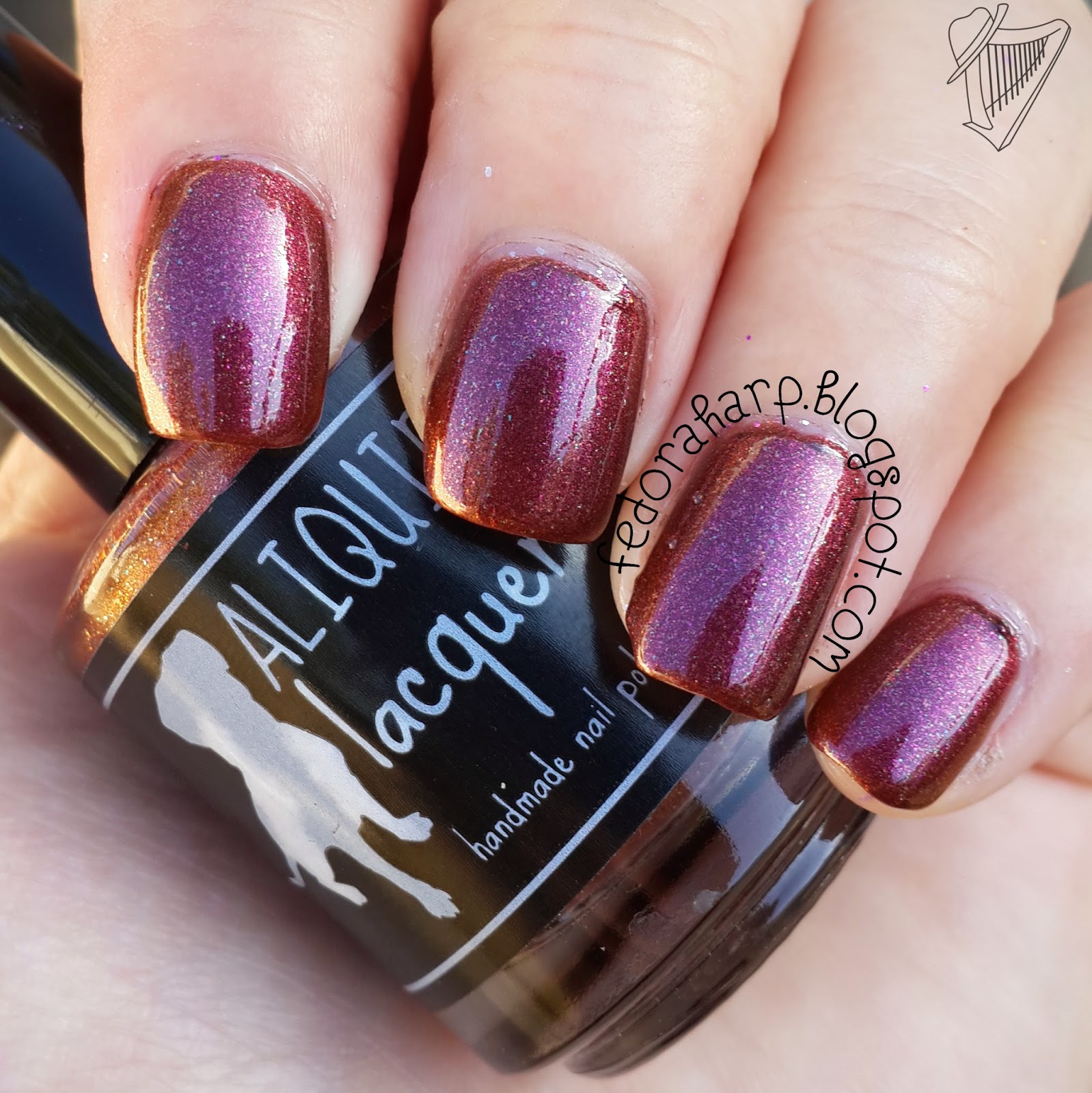 Day Shall Come Again is the second of the two Silmarillion polishes I bought, and the final one I'm reviewing here. It has a slight color shift from a brick-red burgundy to a deep fuchsia. It also has a hint of scattered holo, although it's much less pronounced than in Hidden City. It also has a hidden smattering of light green shimmer.

What can I say, every single polish I bought is a winner. Notice how I didn't say one or another was my favorite? That's because they're all tied for first place! Go check out her shop over here

Also, although I don't have photos- Aliquid also makes a number of lip balms. I bought three colors- Vanilla Chai, Ginger Rose, and Lavender Honey. And they are amaaaaaazing. Super moisturizing but not greasy at all, and all great scents. My personal favorite is Vanilla Chai but honestly I will probably purchase all three again whenever I run out.

Note: I bought these with my own money, these were not provided to me for review