Now isn't that a pair of words that you would not expect to see strung together. but that's the only way I can really describe this particular manicure. I was trying for a jet black holo look, but I ended up getting a gunmetal holo instead so I shrugged and added some red accents. Initially the stripes were the same color as the red hex glitter, but when I added topcoat they bled to a pale pink so I painted over them. And thus, I ended up with two different reds and a gunmetal grey, when all I really wanted was a black holo. Sigh. Still, I made lemonade and I think these came out pretty nice, if unexpected! 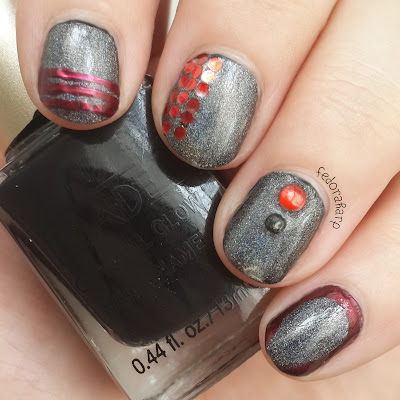 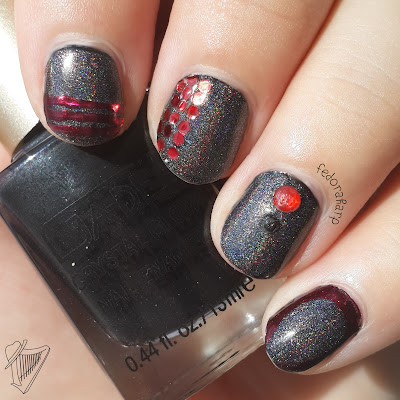