I ducked into a pharmacy today while I was waiting for a bus, and I found a surprise! Two new liquid sands from Ga-de, and I really love them! They're both a bit of a step away from Gade's previous formula on liqiud sand, which has been a single color with a gold or silver shimmer.

They also debuted a new brush with these! The brush on this is a curved fan, kind of similar to the Essie brush. Personally I like it better, since it's shaped almost perfectly to my nail, although I know that not everyone will like it. (ETA: Apparently they also had this brush in their black liquid sand, but I failed to notice. Still fairly new though!) 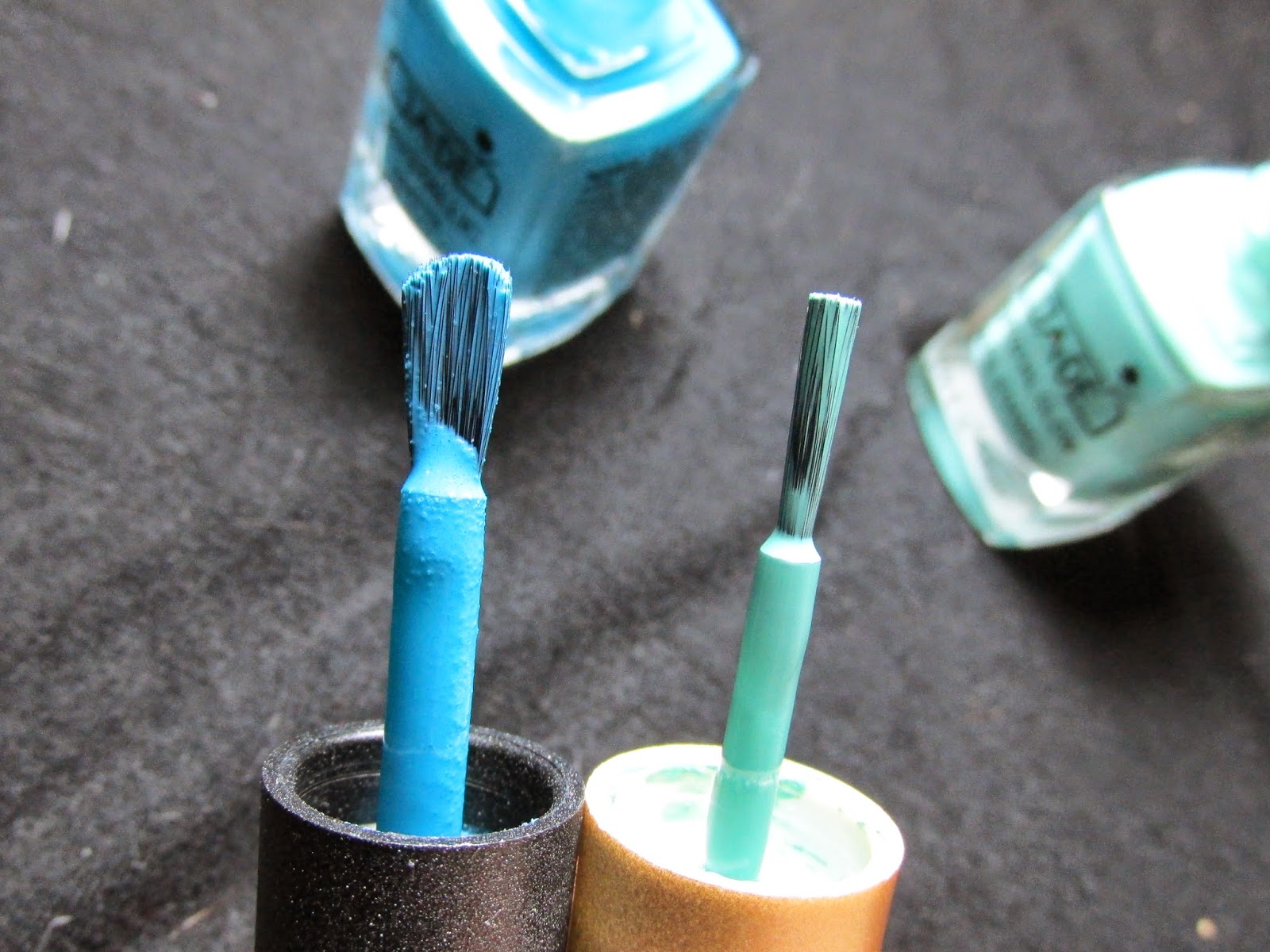 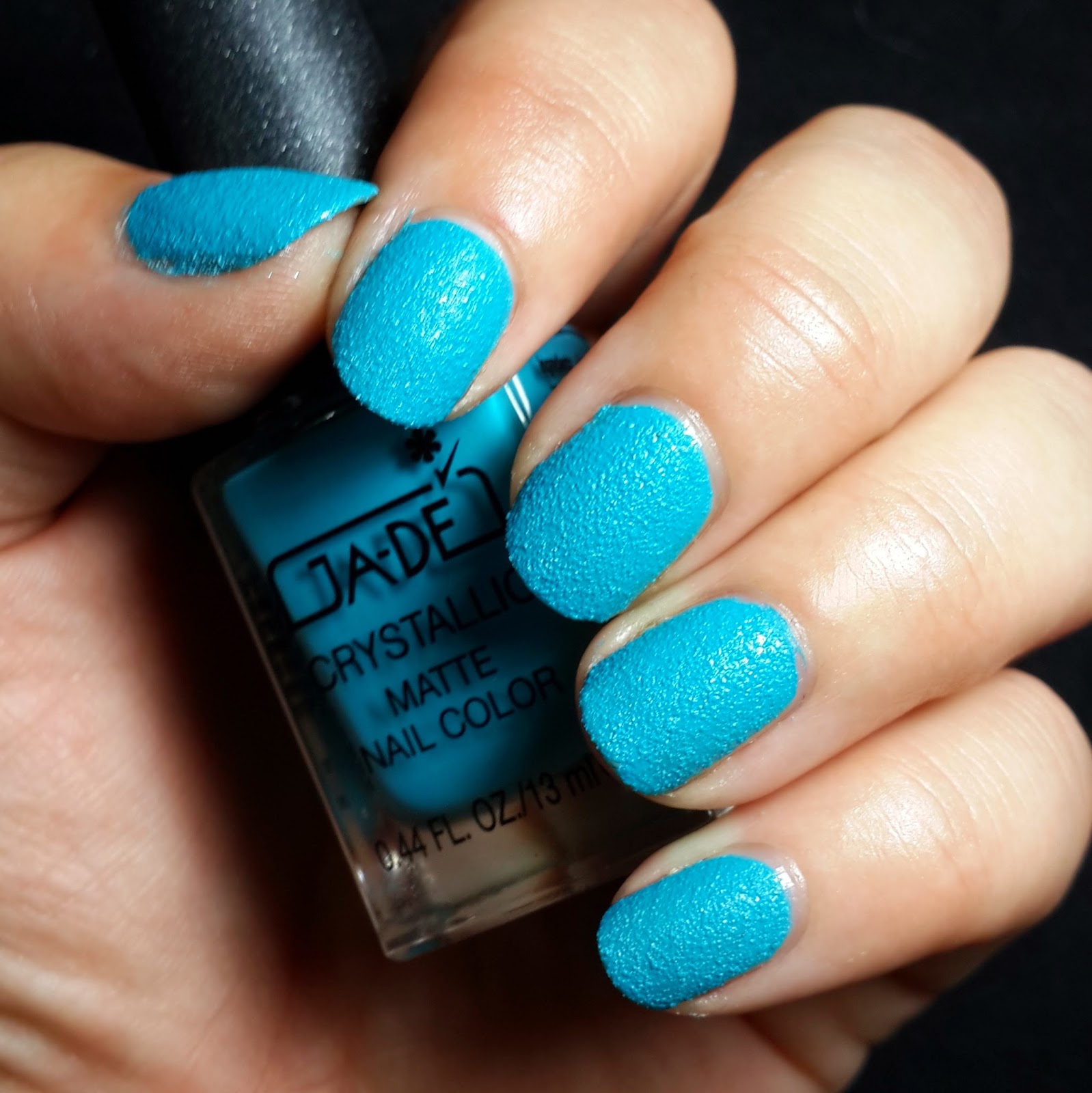 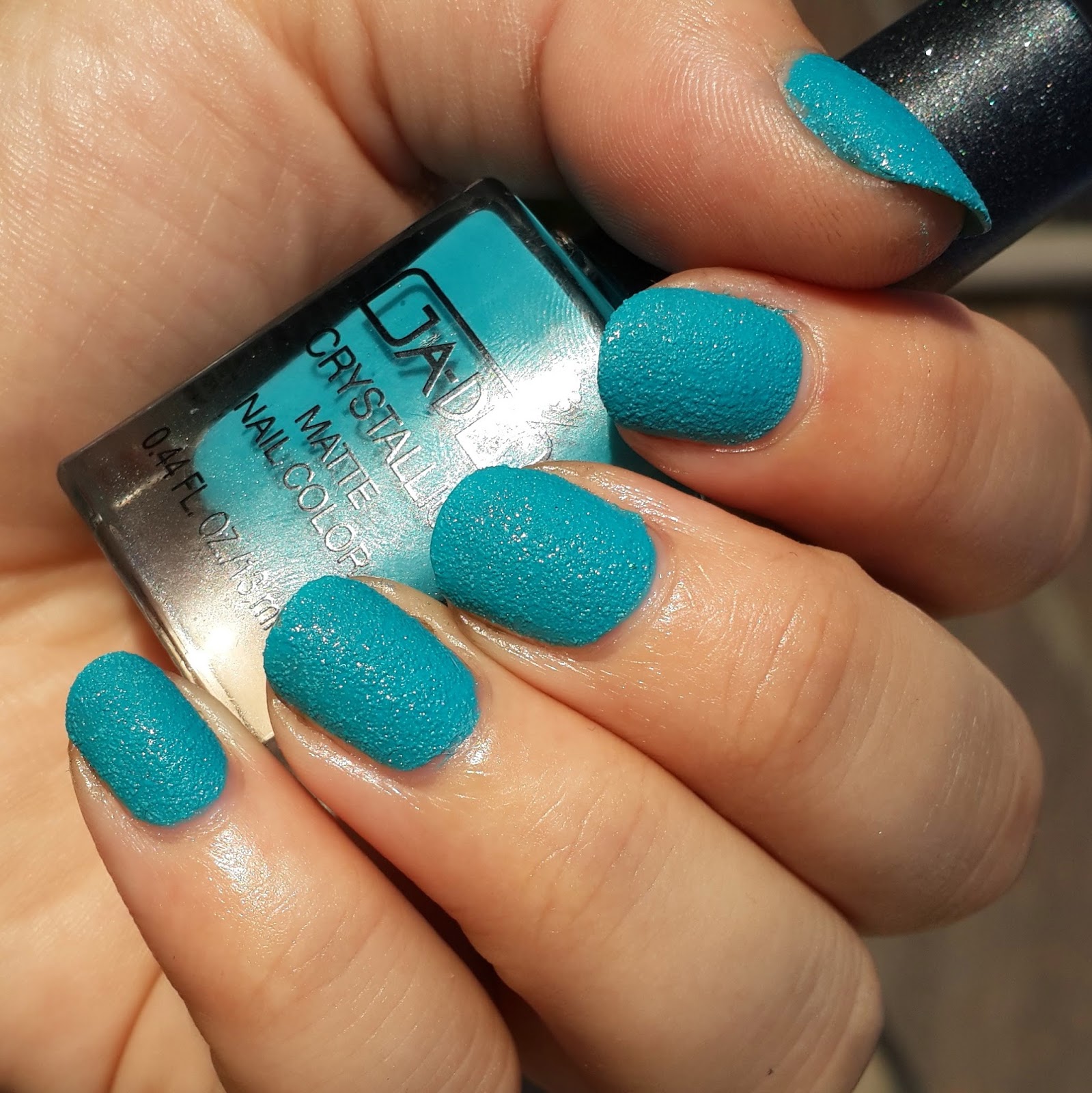 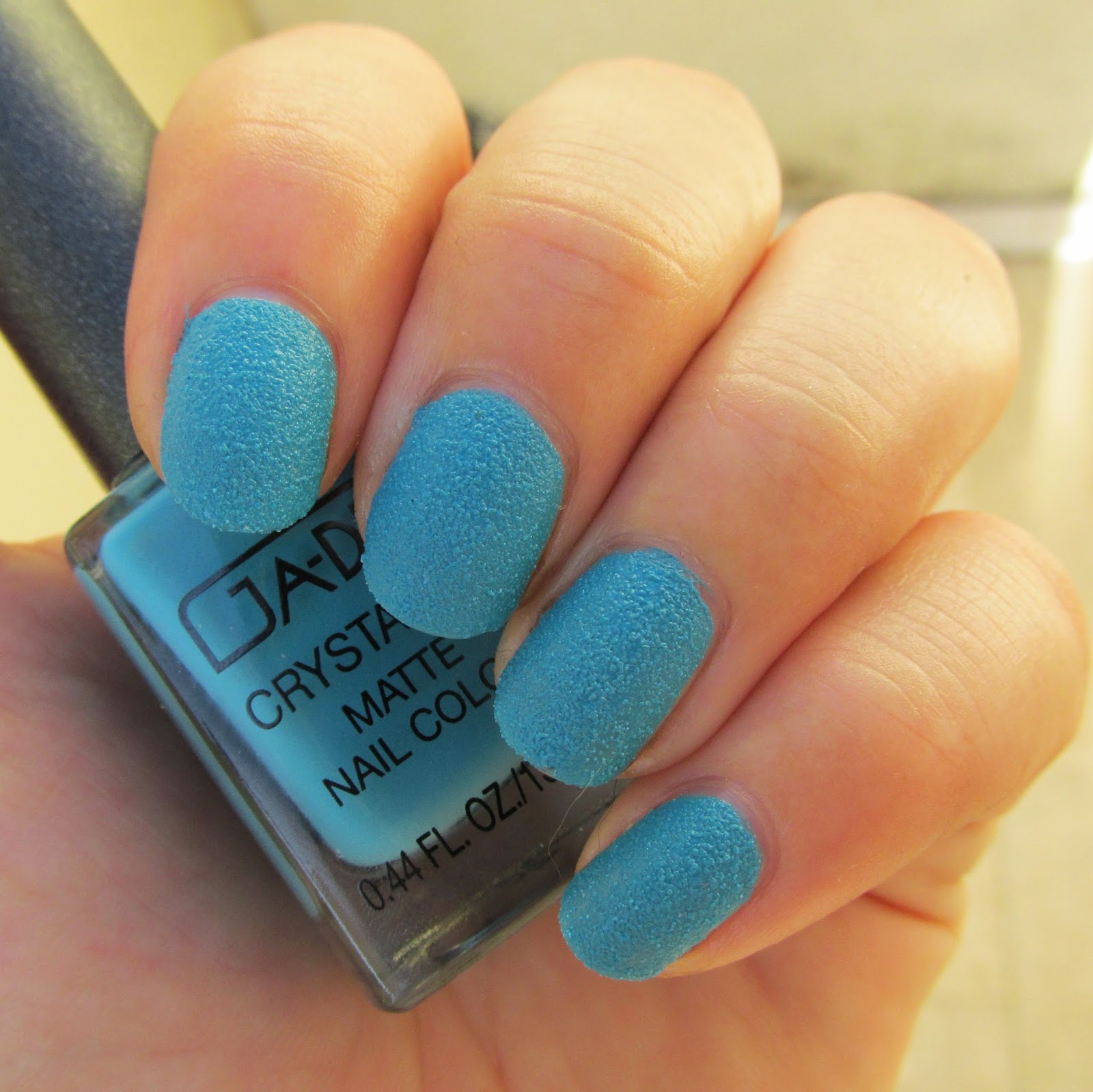 Teal Sand is the first true cream liquid sand from Ga-De, and it's gorgeous! The color came out a little weird in some of the photos, but the sunlight picture (the middle one) is dead on. As for the texture and application, it's mostly like the rest of Ga-de's liquid sands- easy to work with, opaque in two coats (nearly one!), dries quickly. 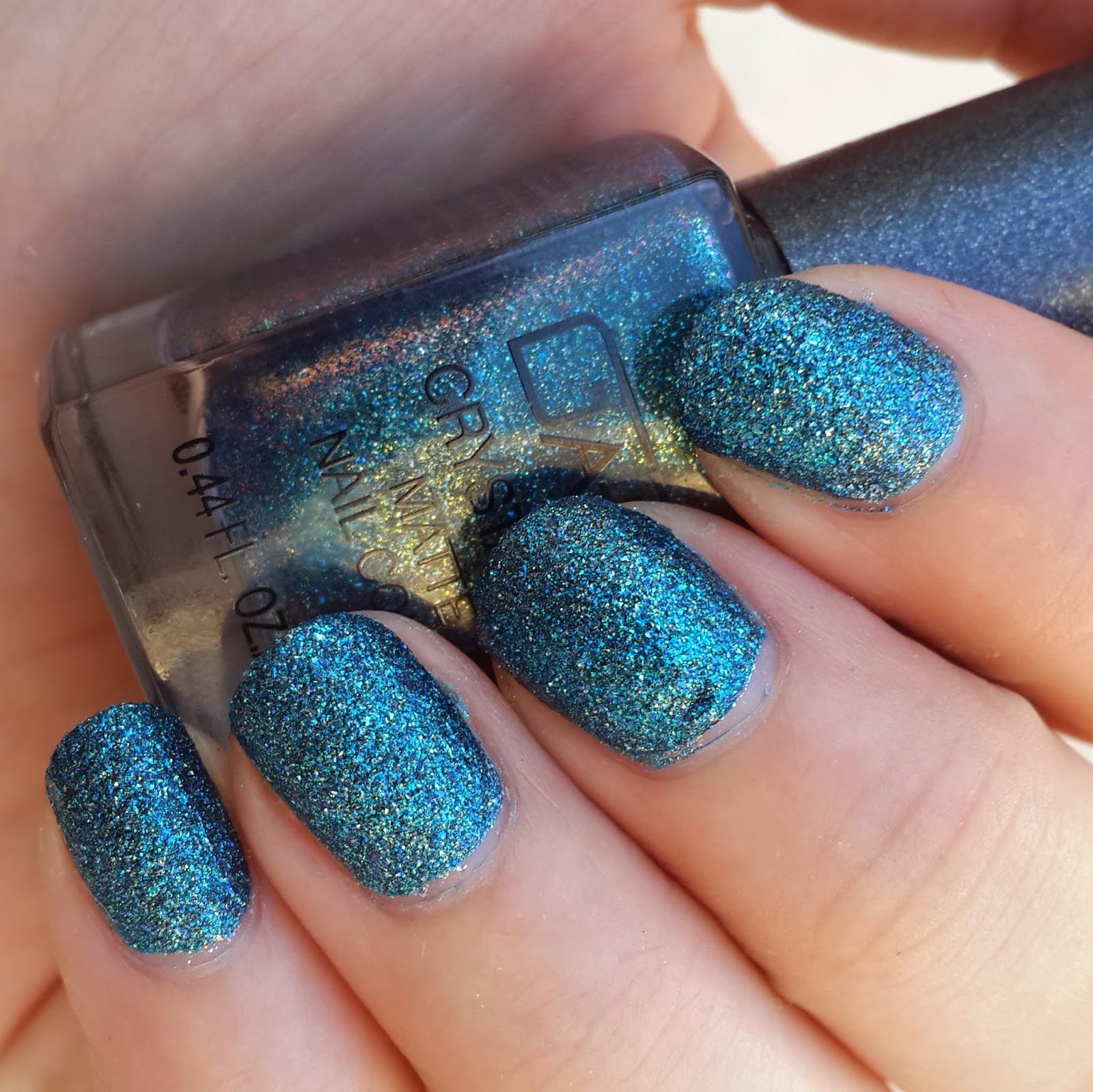 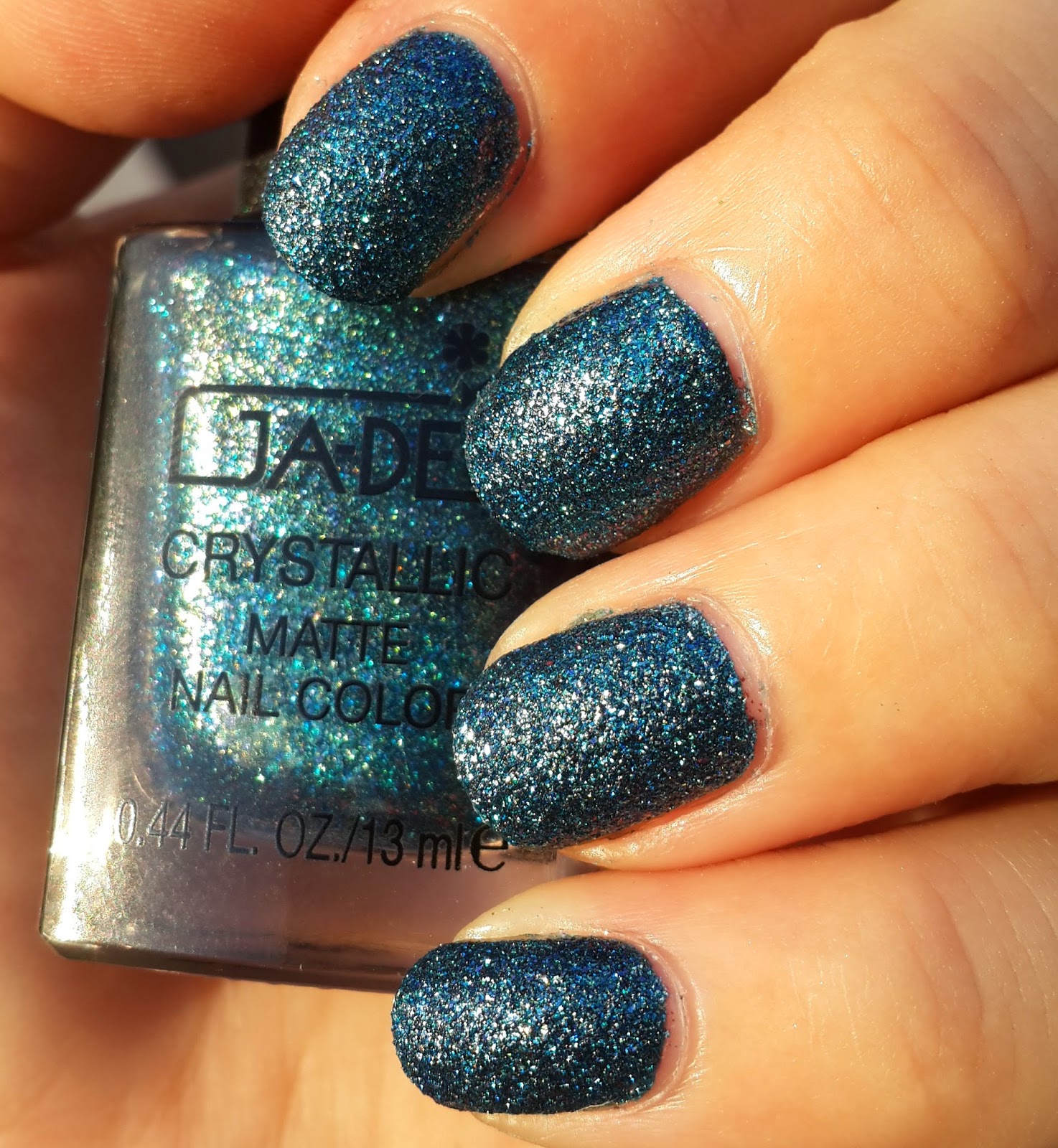 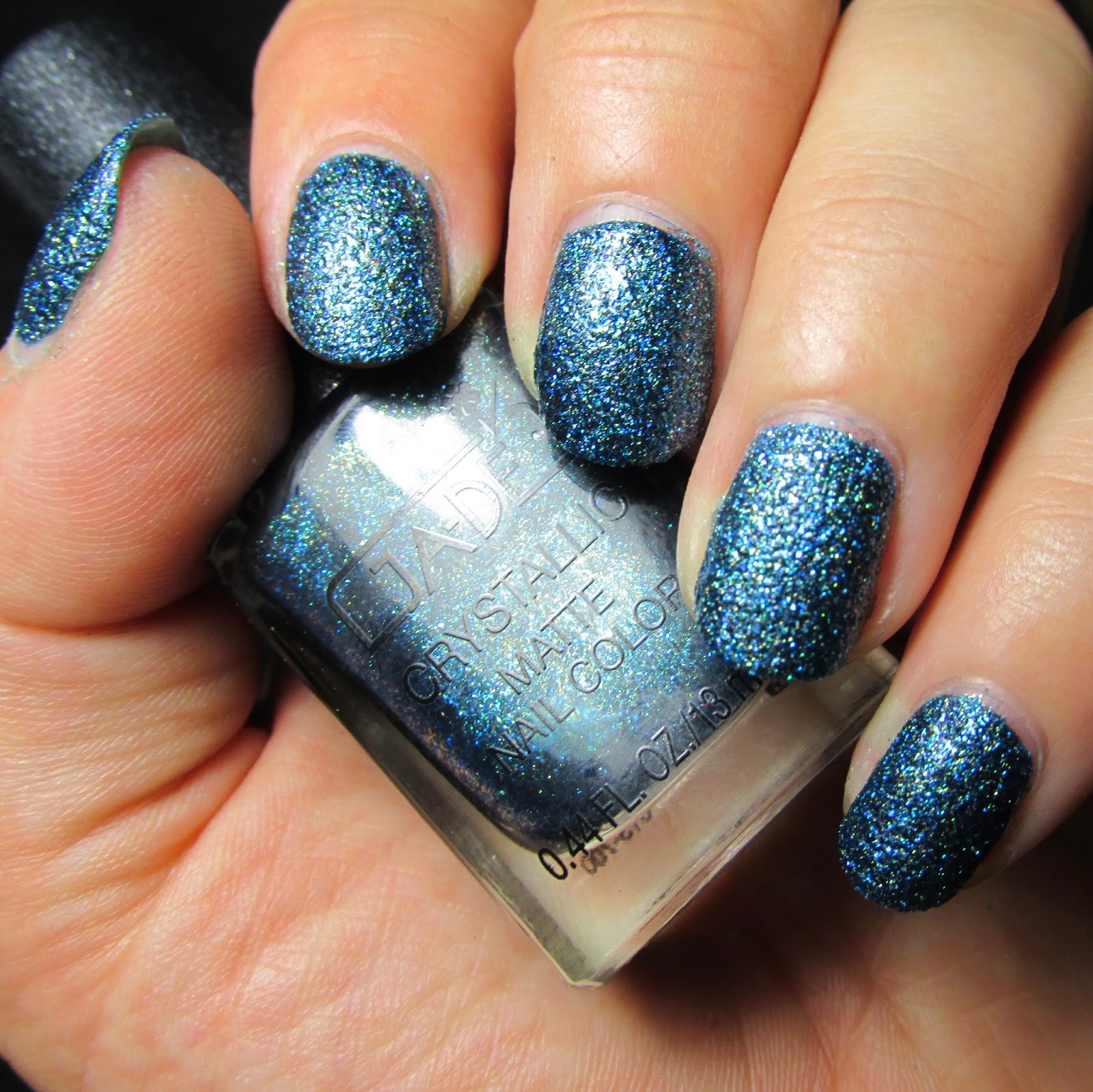 Twinkling Sand is a super complex shimmer, kind of reminiscent of a collection I swatched aaaages ago, although they didn't have a shade exactly like this, it does kind of have the same combination scheme. It's mainly a teal based polish, with flashes of gold and green and blue and even the occasional pink. This one is a little more sheer, needing at least two coats for opacity. It would definitely need three on longer nails. Still, it's not super thick, even considering that it's a liquid sand, so three coats aren't a big deal. It's sooooo shiny! Did I mention how shiny it is? Because it's SUPER SHINY.
Posted by FedoraHarp at 1:06 PM