I missed day seven, wah! I guess an entire week was a bit much to expect with no prep. No worries, I'm gonna try to keep things at a 2x-3x times per week rate for the forseeable future. That said, on with the post!

Chic has really been stepping up their game! They just released a collection of twelve polishes called Sinful Tops, and they're quite a mix. The're really three mini-collections of four put together, but Chic has been doing things in twelves lately, so I get wanting to keep up the pattern. I have all twelve, and I will be splitting the collection into three sets, according to type. 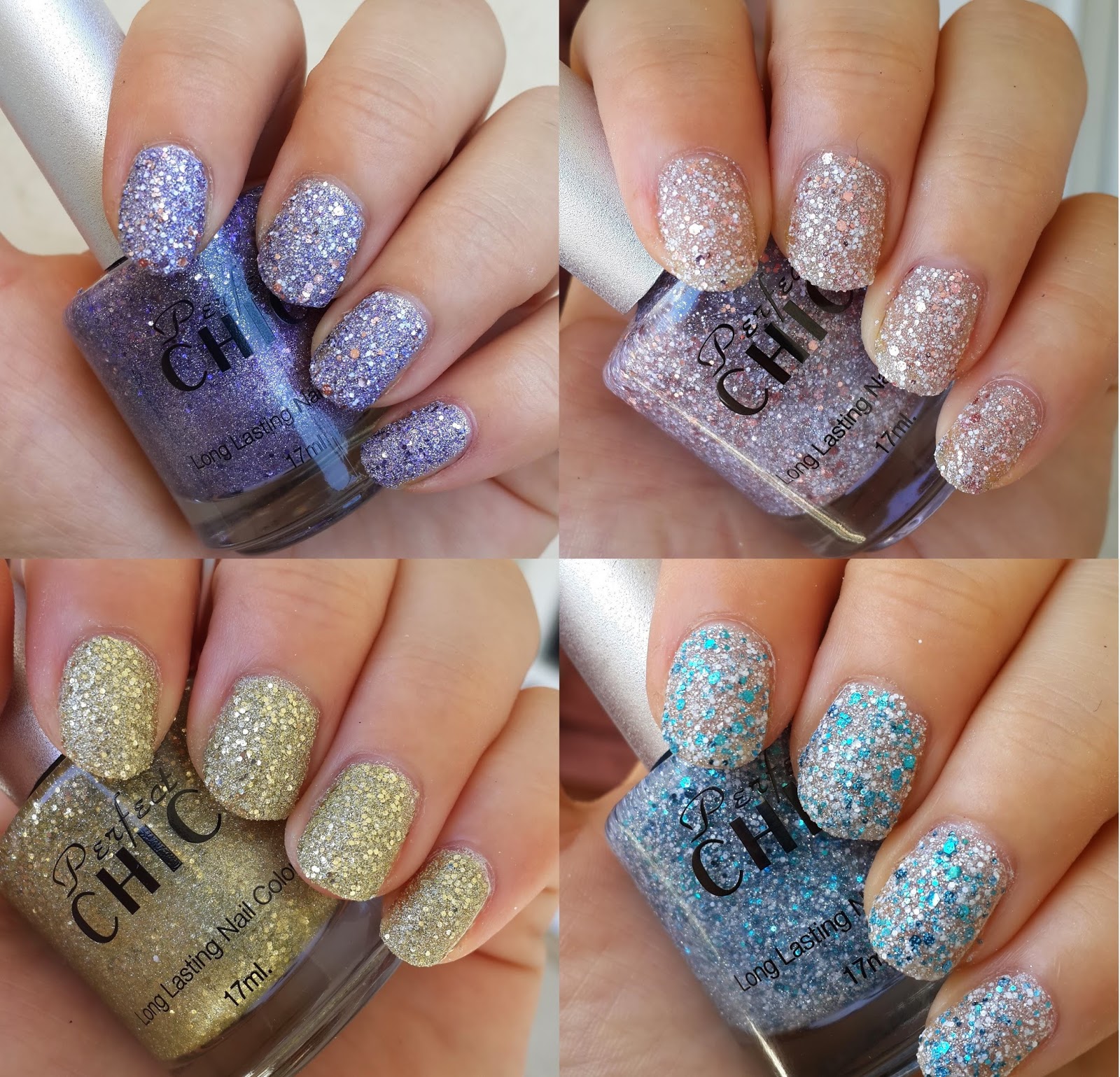 Click through the readmore to see detailed reviews for each one!
709- Love & Hate 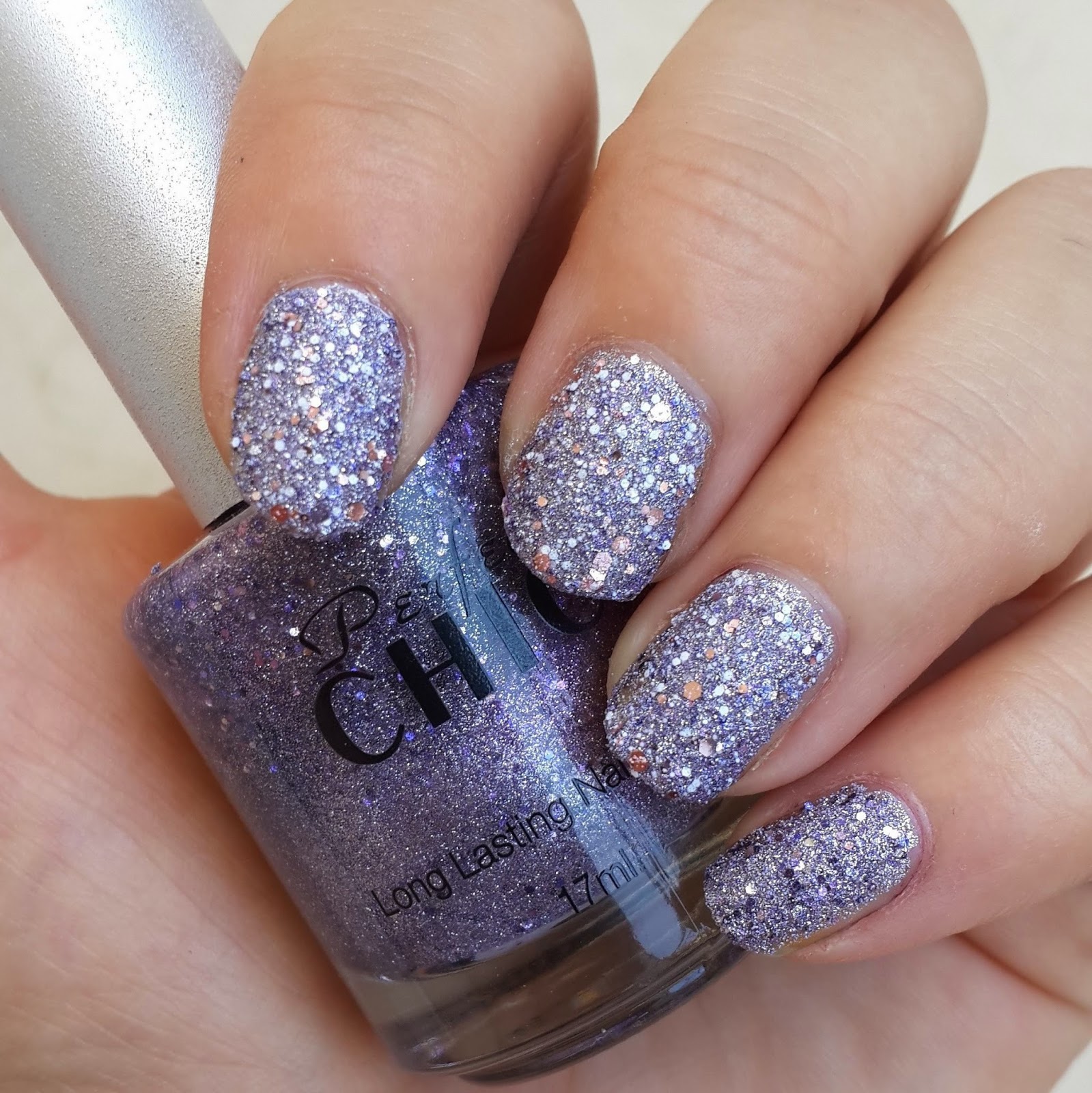 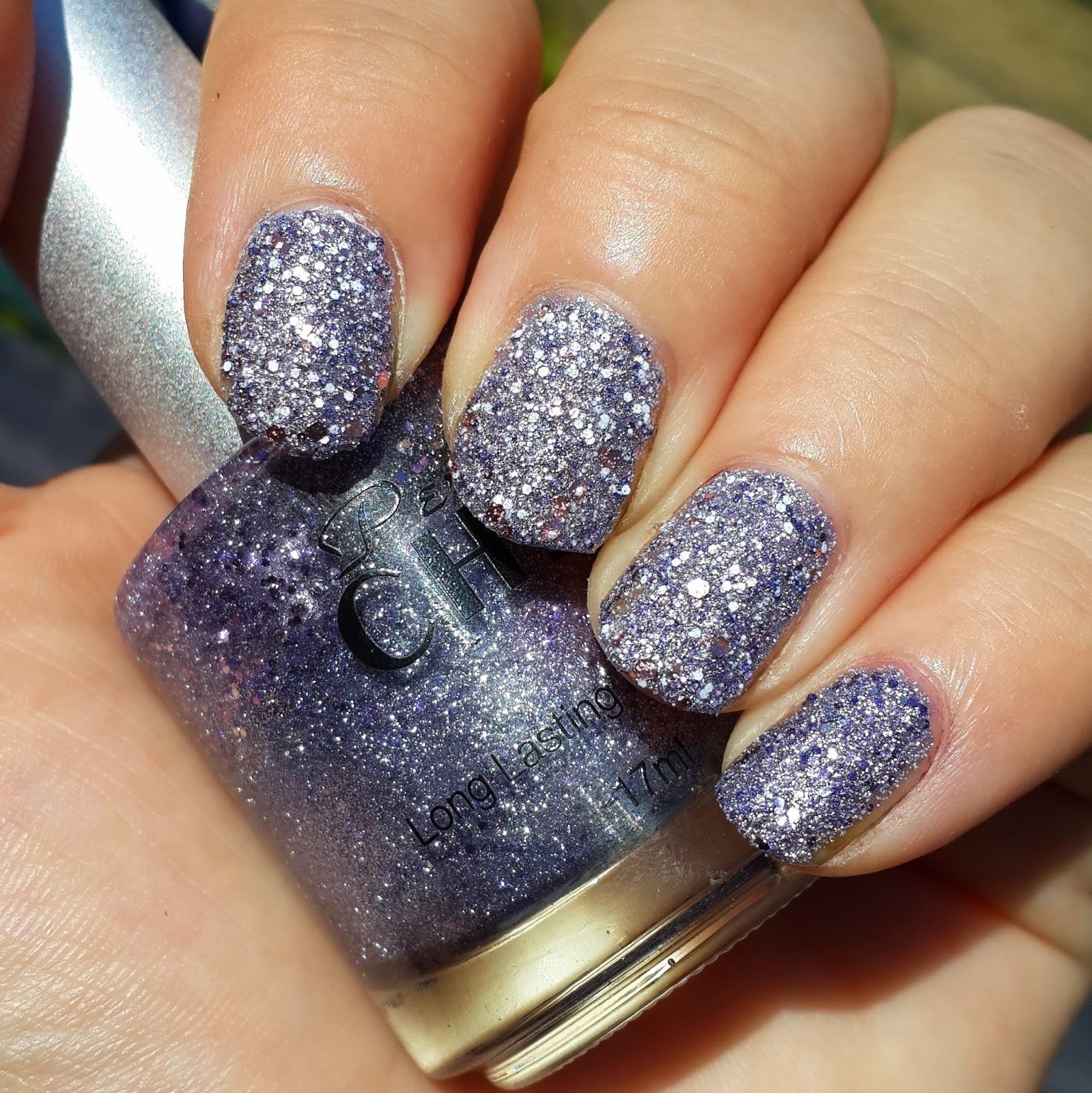 Love & Hate is a super glittery, textured violet. It's a combination of uniformly colored hexes in various sizes, with an occasional sprinkling of light coppery hexes which add a subtle contrast that I really like. In my experience, it's opaque in two coats, however for those with longer nails it may require more. 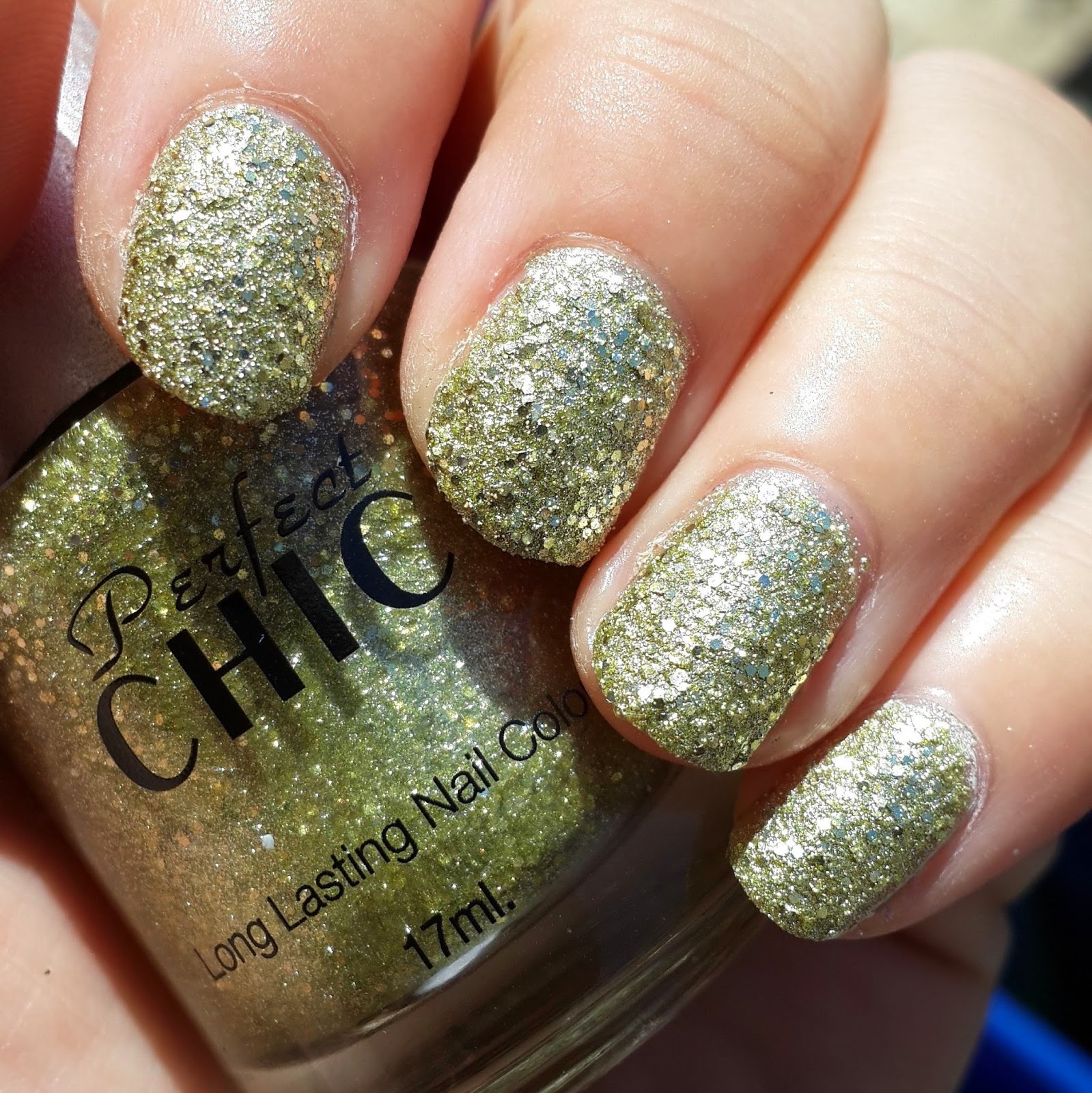 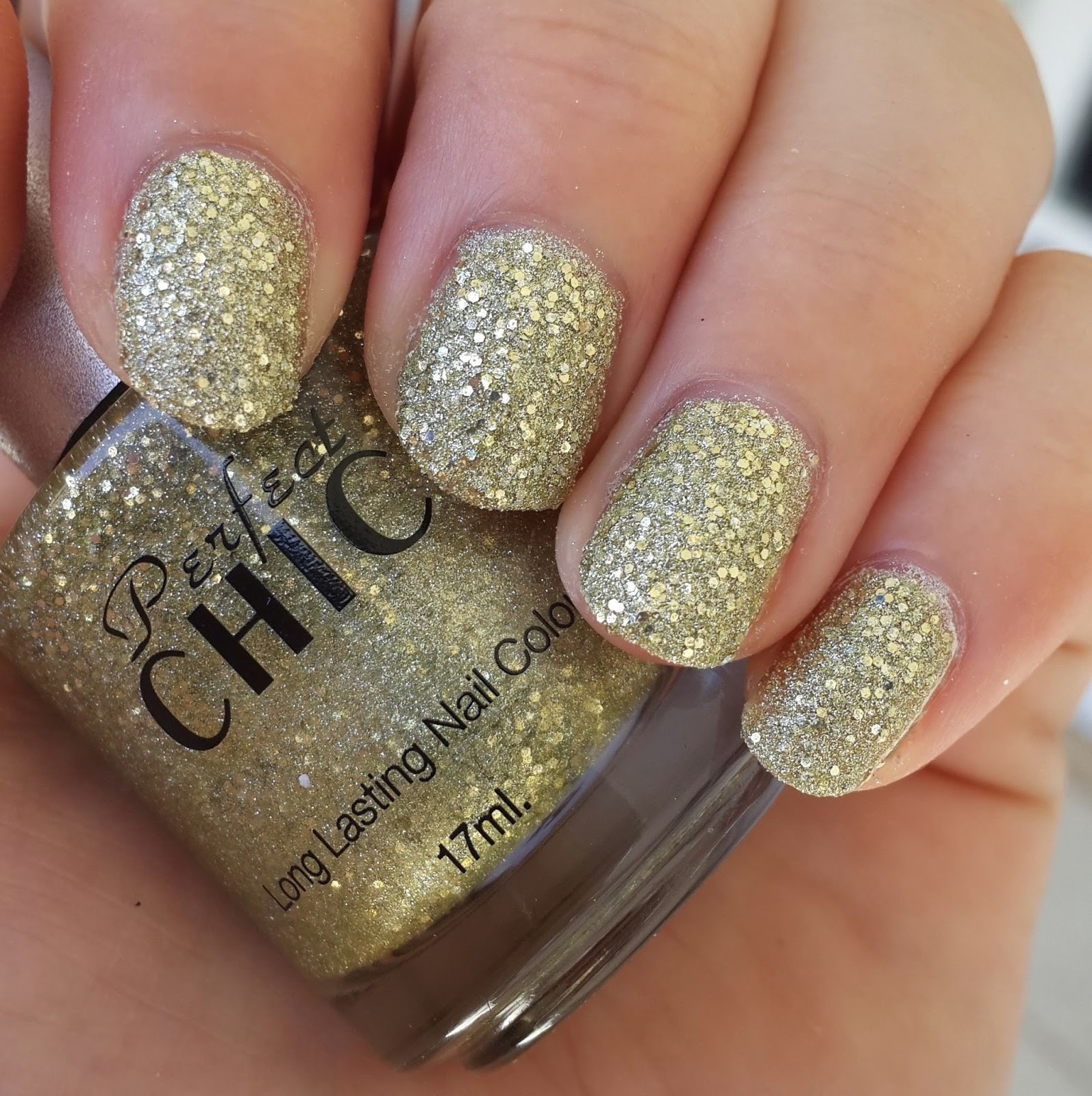 Golden Queen is the same combination and formula as Love & Hate, but in a very, very cool toned gold- nearly lime green. This one is entirely uniform as far as I can tell, no other colors. It's quite an interesting gold, I've never seen a polish quite in this color before. 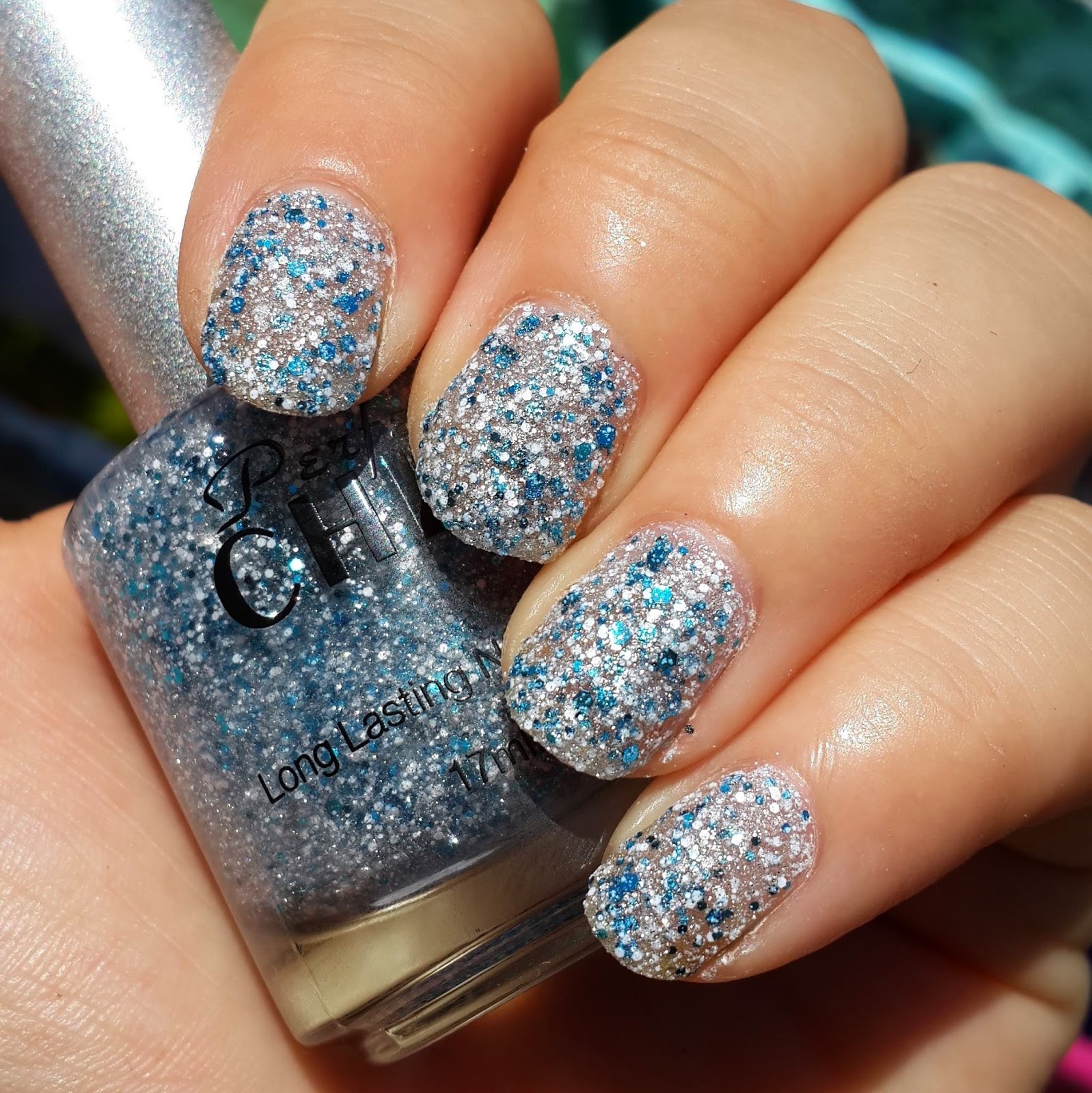 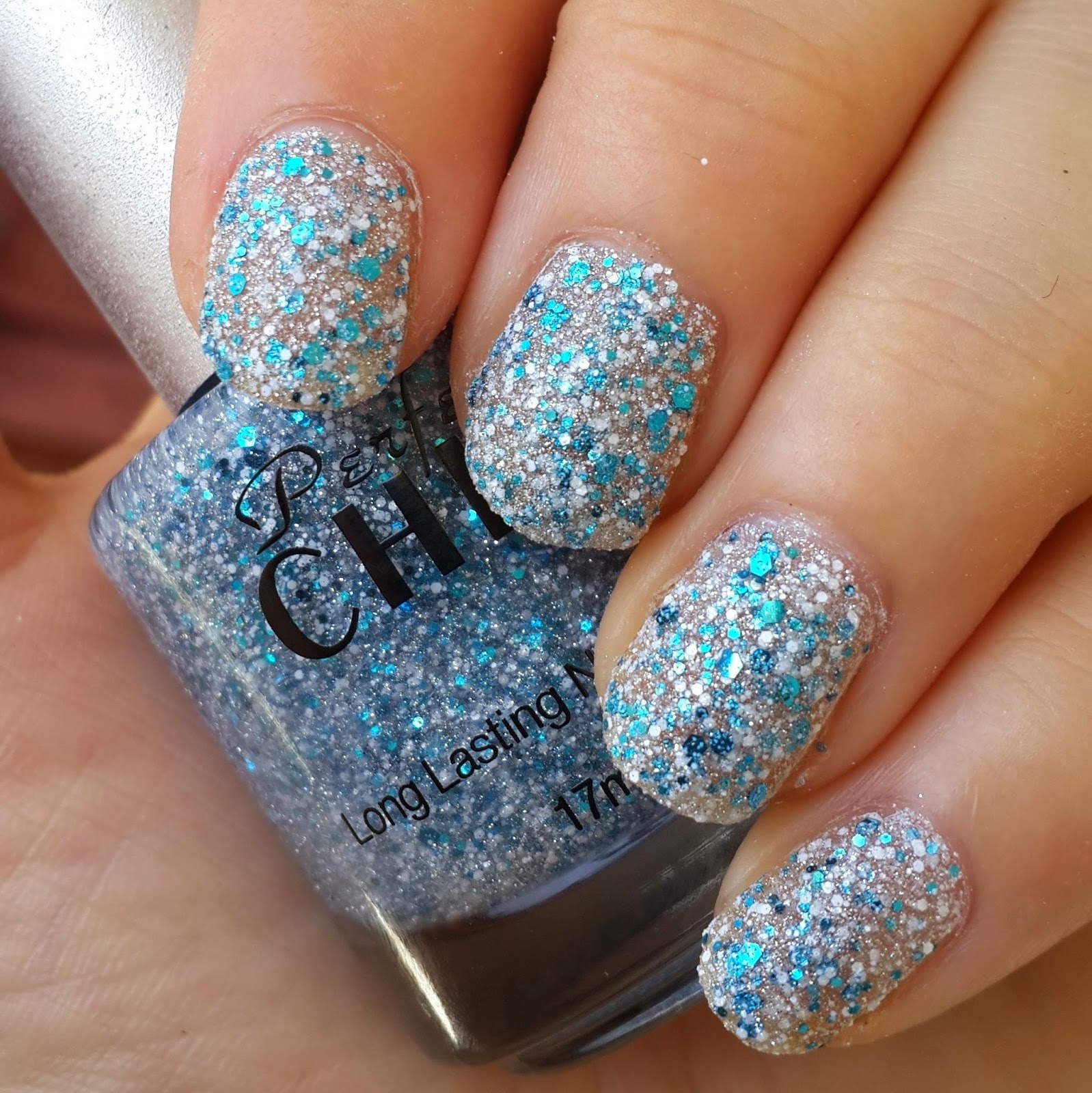 Naughty is a slight step away, formula-wise. It's definitely far more sheer, shown above in three coats and still not entirely opaque. This one is clearly made for layering. It's got some light blue hexes, some smaller matte white hexes, and some silver shimmer. I will definitely be trying this over other colors to see how it comes out! 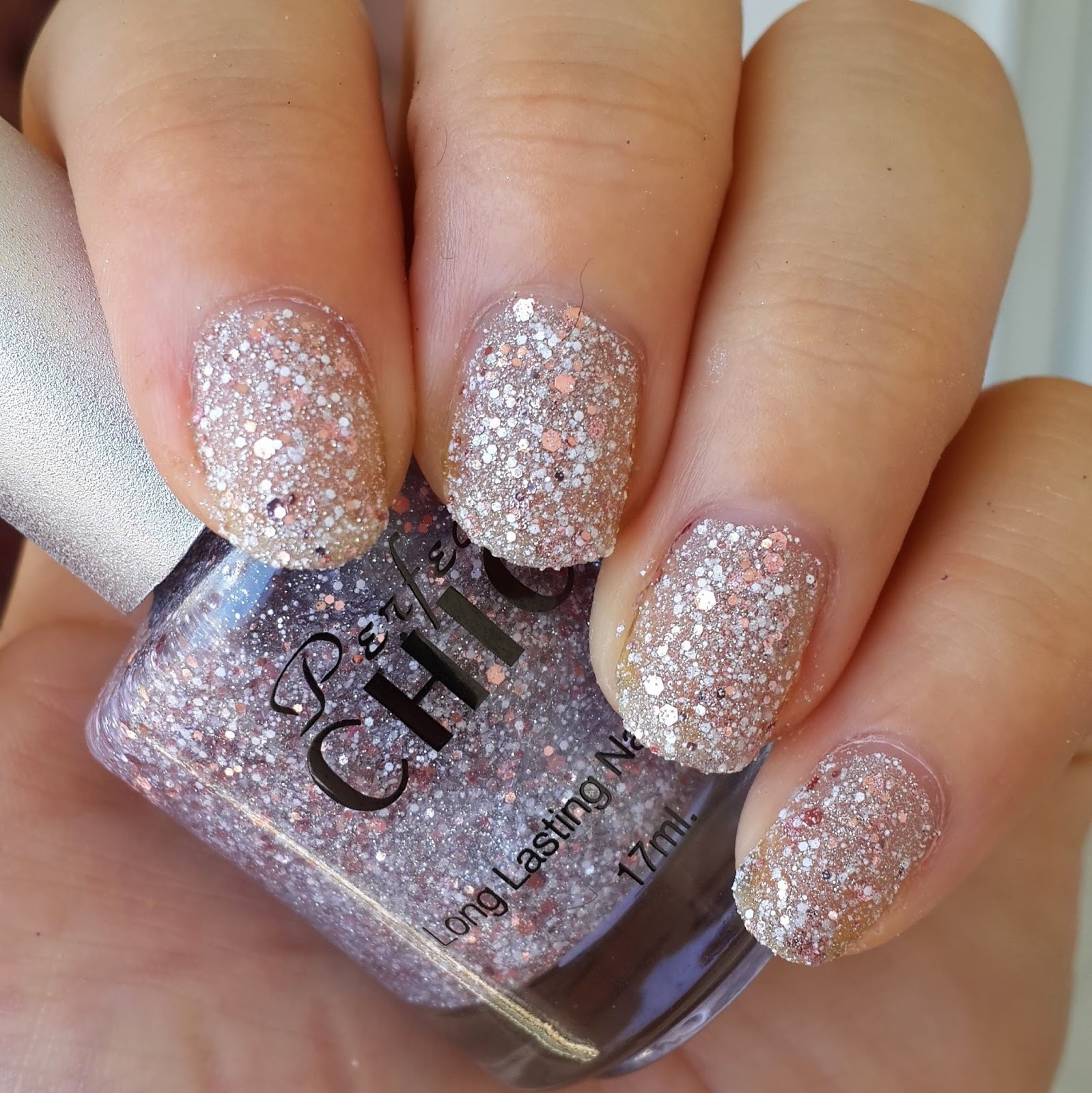 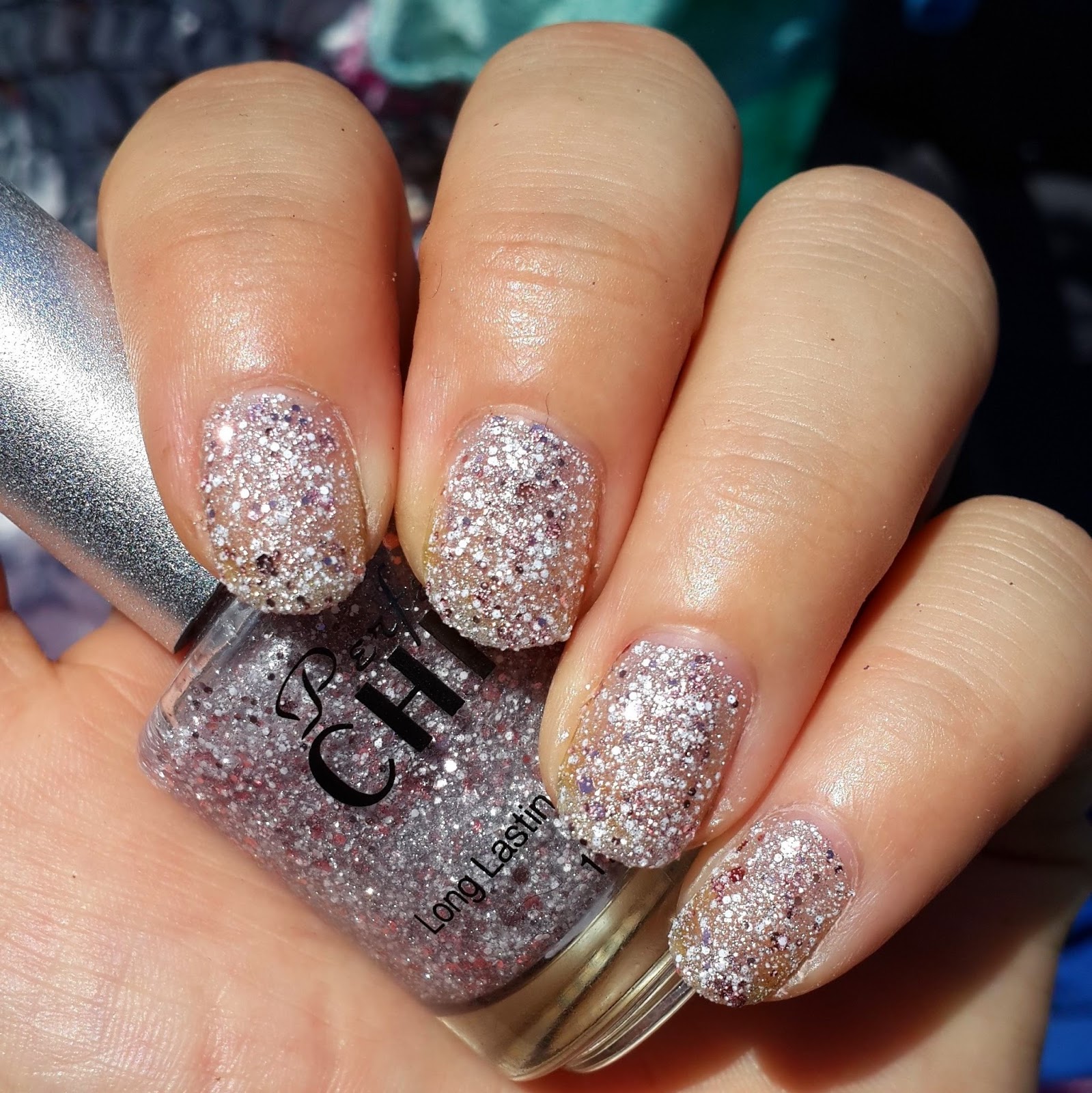 I'm not entirely sure why the pink one was Ice Cold and the blue one was Naughty, but okay. Ice Cold is the same formula as Naughty- quite sheer, got some white and some pink. This one does have a light sprinkling of little matte black hexes as well, which I think makes it quite more interesting.

Overall I'm happy to see these! It's something very new and different for Chic. They are slightly reminiscent of the Zoya Pixie Dust polishes, but they aren't really dupes (especially 709 and 710). Hopefully I'll have the rest of the collection for  you soon!

What do you think?
Posted by FedoraHarp at 12:55 PM