So I decided that it's high time for me to create a logo for my brand- or whatever it is, I have a name, I might as well make a logo. I doubt I'll ever become well known enough for it to matter, but at least this way I'll have a signature "thing" to stick on the jewelry I sell and make people remember me. Obviously, since I'm "Fedora Harp", those are the two items that it has to contain, but I didn't want to make something too busy or two over-drawn, so I had to try and make it as simple as possible. The stuff I'm putting up now is basically a cartoon-y version of what is actually sitting in my room as we speak, but I'm also thinking of making the picture mainly a fedora hat, with the harp sitting where a feather would be. I have to get better at drawing hats for that to work, though, because the angle that I'm capable of drawing right now isn't really good for this kind of thing.

If anyone actually comments (who hasn't gotten here from LJ and already saw it there), I'd love to see what people think. 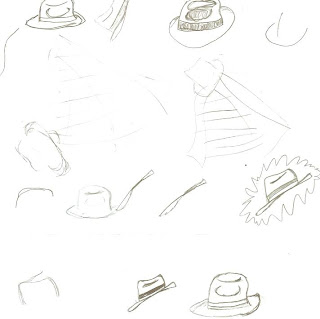 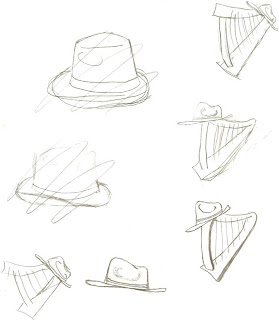 I finally settled on one of these two, but I'm still not sure which. Of course it could be that once I finish the version where it's a larger hat with a harp on it, I'll like that better than either of these, but this is what I've got for now. 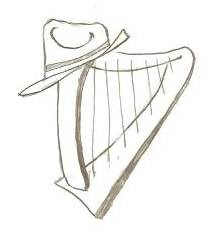 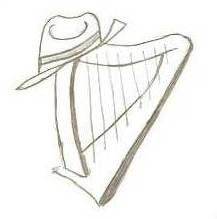 Email ThisBlogThis!Share to TwitterShare to FacebookShare to Pinterest
Labels: jewelry