I've been meaning to update with some of the cool new stuff I got from the Born Pretty Store, but I keep not uploading the stuff to my computer. In the meantime, here's a little bit of nail art I had sitting around in my drafts folder for a while. I've been holding off because I want to post the swatches of this collection first, but since this post is all ready to go, the swatches will have to come later!

I recently came across a technique I'd never heard of before called 'water spotting'. In the pictures I'd seen, it looked like an easier method to create a splatter manicure look, and that's still my impression after trying it. It's still a very messy method, but there's a lot less fuss. 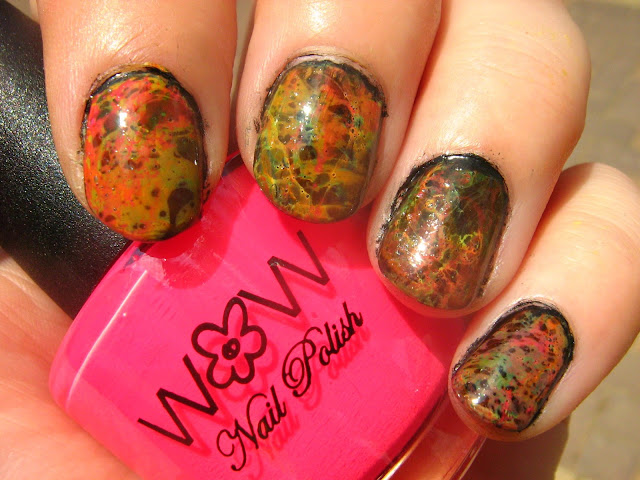 More pictures and instructions on how to recreate the look after the jump! 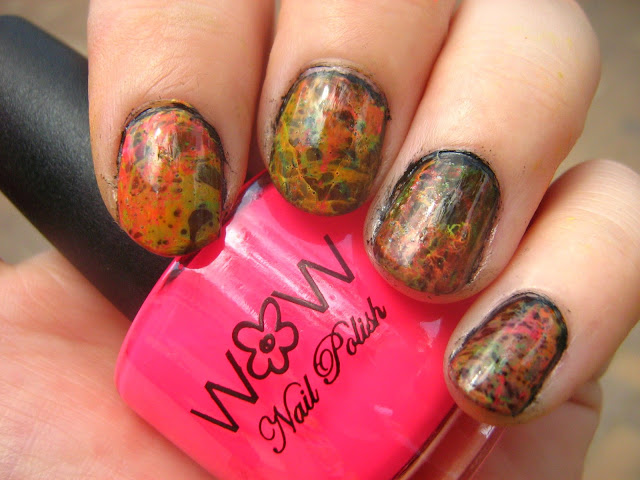 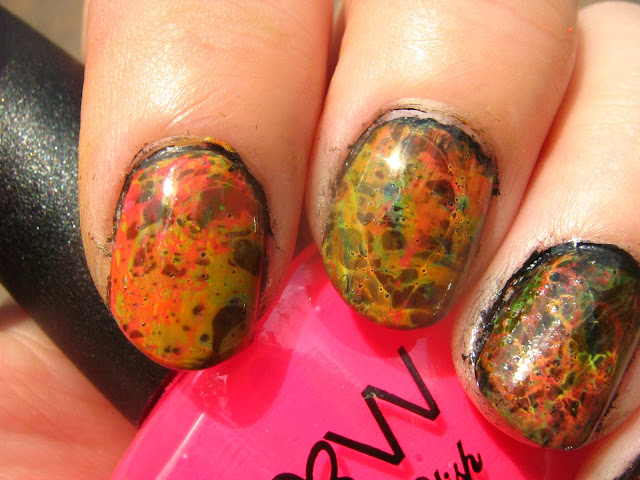 Basically, I used all of the WOW neons besides for the red. I have swatch photos of them, now I just have to organize them into a post!

The technique is fairly simple. You will need the following:
Using these tools, follow the instructions:
It is important to move quickly, since the polish can dry and congeal on the surface of the water if you take too much time.

If people want, I would be happy to create a photo or a video tutorial, although there are already many such tutorials out there.
Posted by FedoraHarp at 2:00 AM