Maybelline Colorama is a funny animal around here. They're found in most pharmacies at reasonable prices, but virtually every pharmacy has a different range of colors. It actually took three different pharmacies to track down this set- I didn't do it consciously, I just compulsively buy this kind of polish. And as long as I have them, I might as well swatch them!

Without further ado, allow me to present you with:

For 200, 201, and 202, each shot has three coats alone on my ring finger and pinky, and two coats over a similar base on my index and middle fingers.

Swatches and reviews under the cut!
197 (over Orly Midnight Star) 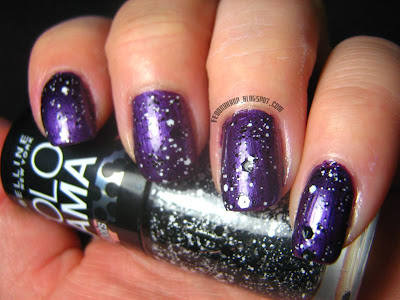 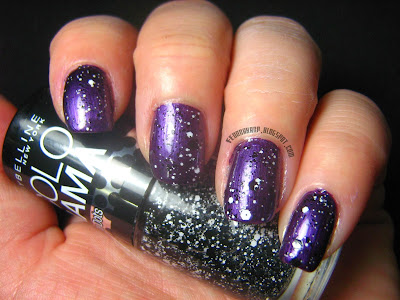 This is your fairly run-of-the-mill black and white hex polish. There are three different hex sizes, with both colors in each size. Nice polish, nothing especially unusual here.

This one had by far the best formula- good glitter payoff, even application, not too thick or too thin. If I'm entirely honest with myself, you really only need this one, since you could always sandwich it with sheer jellies to get the same effect. But it's nice to have it prepackaged for you, so onward. 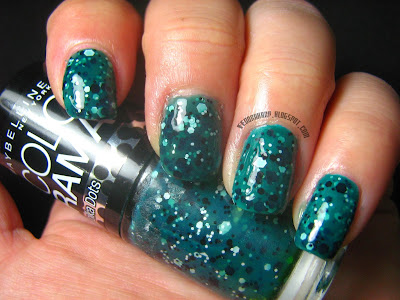 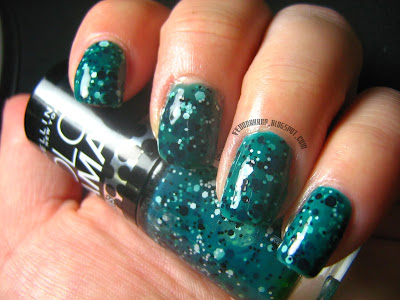 Here there is very little difference between three coats and two coats over a similar base. I would suggest the former for ease of removal and polish conservation (these aren't very big after all). I really like the color, and it dries to a squishy, jellylike finish. It's also in my favorite color, so I may be a little biased :) 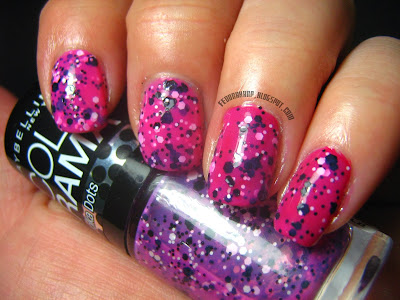 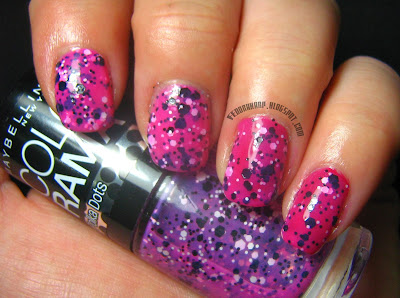 This polish has more of a crelly finish, although it's sheer enough to show glitter from all three layers. It dried slightly rubbery, so it does well with a glossy top coat. 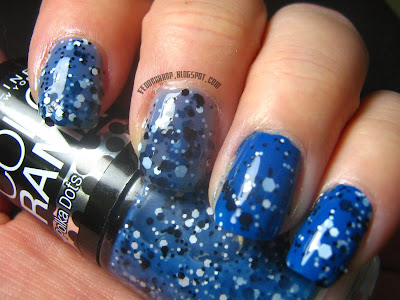 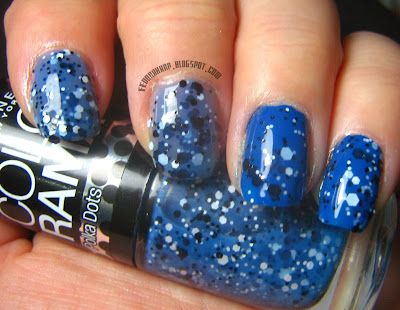 This, unfortunately, is my least favorite of the bunch. I really like blue, but this was simply unimpressive. All of the jellies were still somewhat sheer after three coats, but this one wasn't even trying. I really had to work to get the glitter out, too. It's still lovely over a blue base but there is no way to wear this on it's own.

Overall:
The application on these was fairly decent, requiring no placement (except for 202). If you're feeling creative, these could probably be layered over another color to change the tone around a little. I might even try it like that sometimes. At $2-4 each (depending on your location) they are definitely worth picking up!
Posted by FedoraHarp at 1:28 PM