Recently ILNP (I Love Nail Polish) did an image overhaul, and switched to a new type of bottle. During the changeover they had a massive sale to use up the old bottle shape, and I picked up three beautiful polishes while that was going on. I've decided that instead of simply swatching them, I'd make a full NOTD out of each one, with some nail art to go along with them. I'm going to post them one at a time because of the nail art. There is a little bit of wear on these, because I wore each one as a full mani and sometimes I wasn't able to photograph it until a couple of days later (darn you rainy weather, gosh darn you to heck!). Hopefully you'll enjoy them, tip wear and all!

The first polish I got was Abundance, an absolutely incredible multichrome which to me seems like the personification of autumn itself. It shifts from a deep burgundy, almost berry color, through bronze and gold and finally olive green at extreme angles. But don't take my word for it, see for yourself: 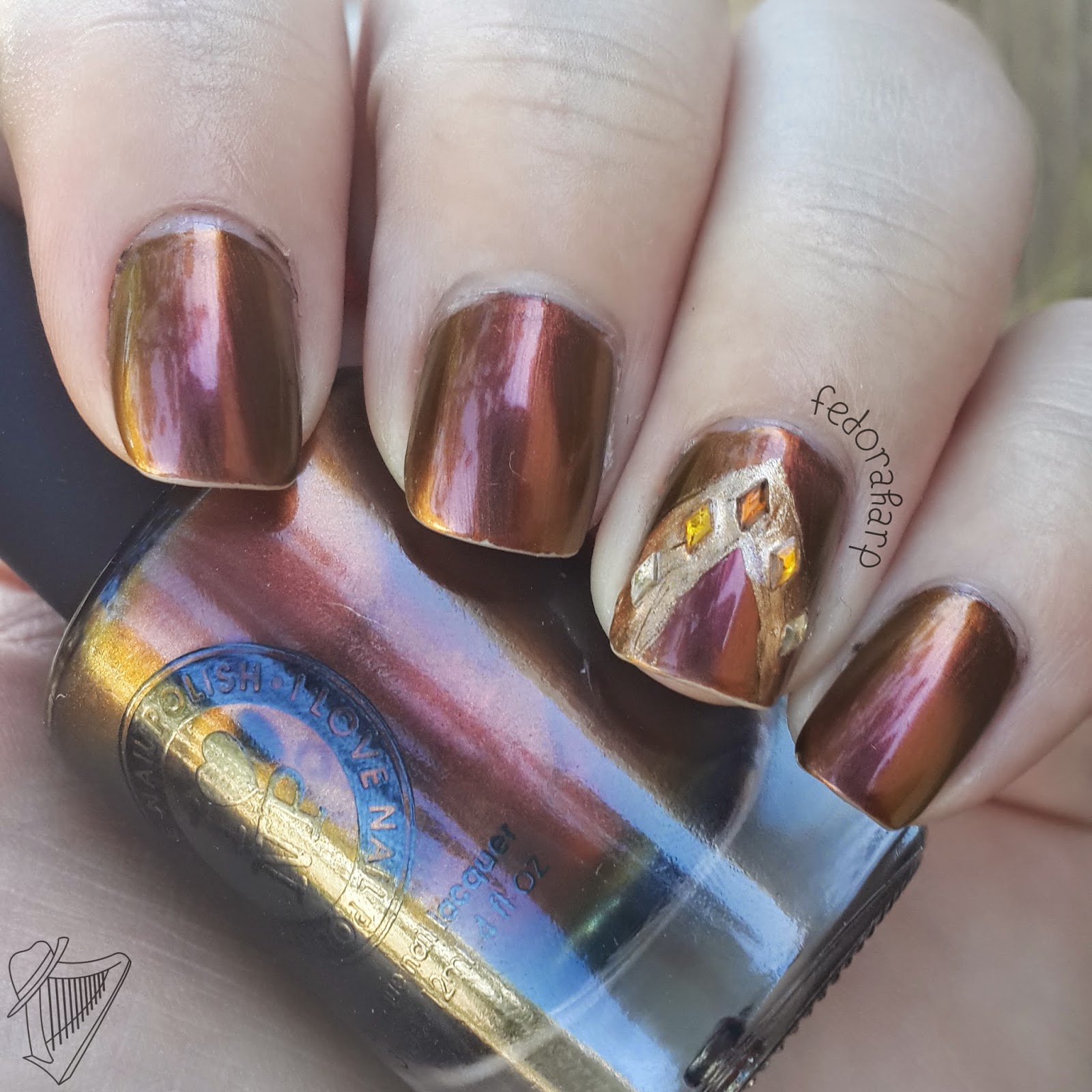 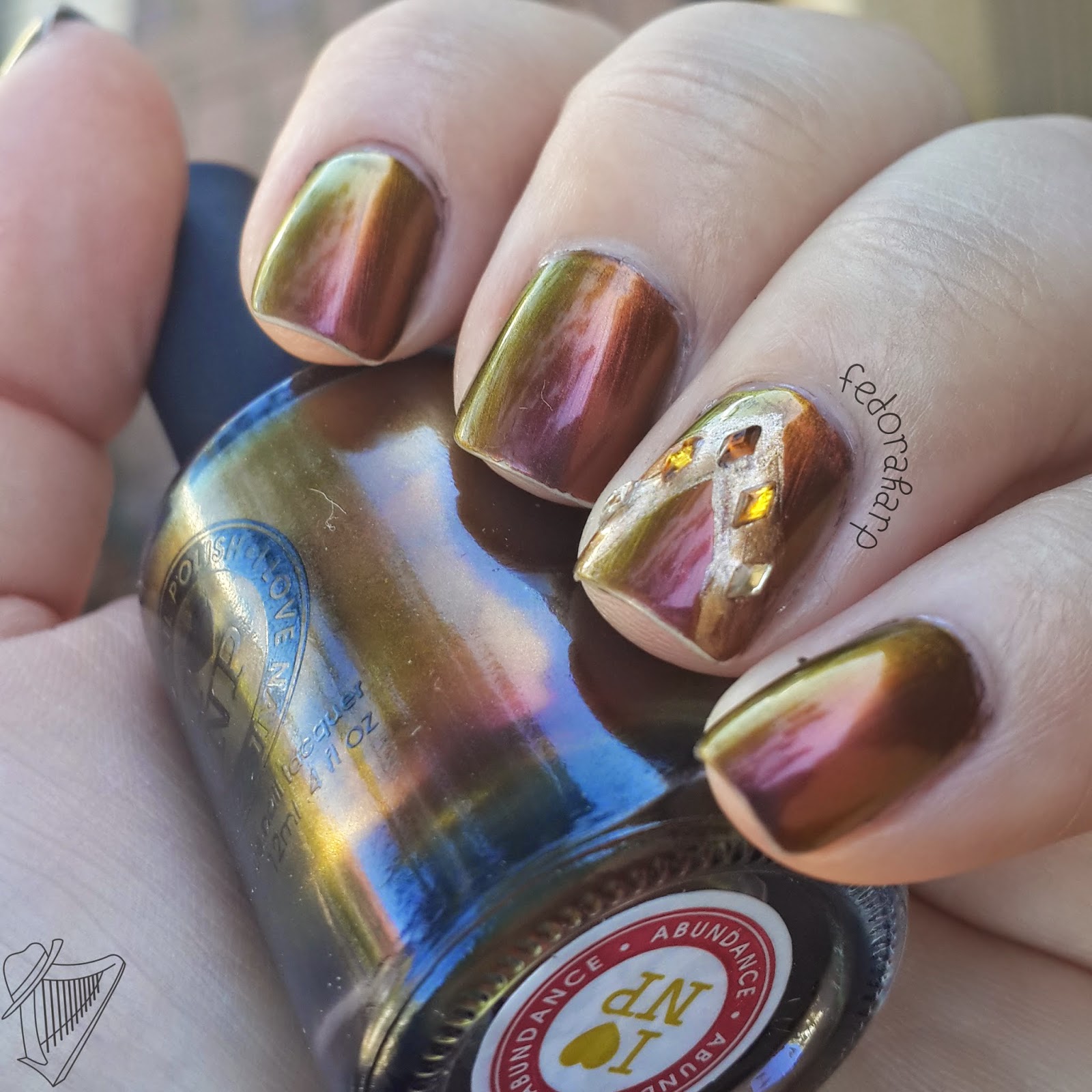 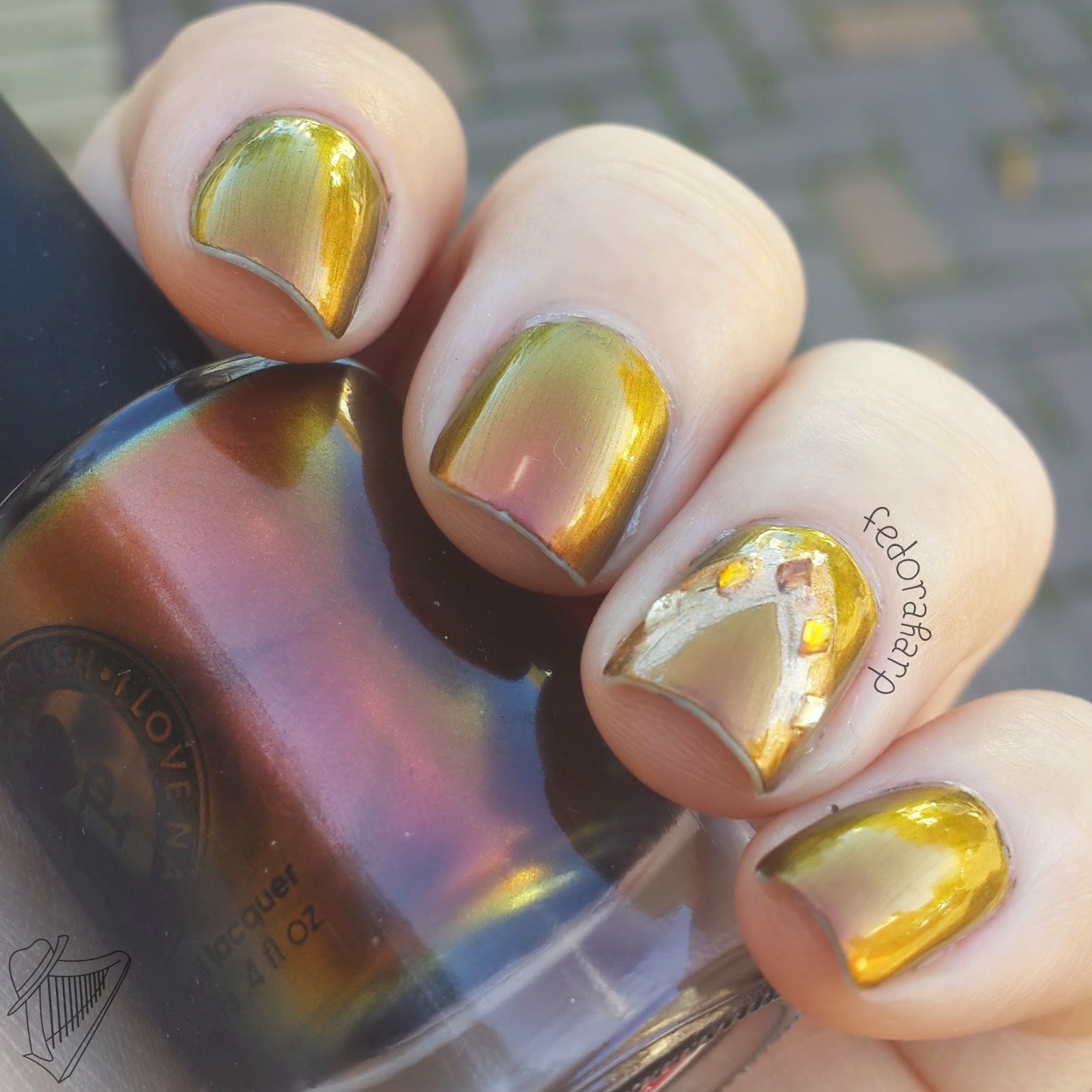 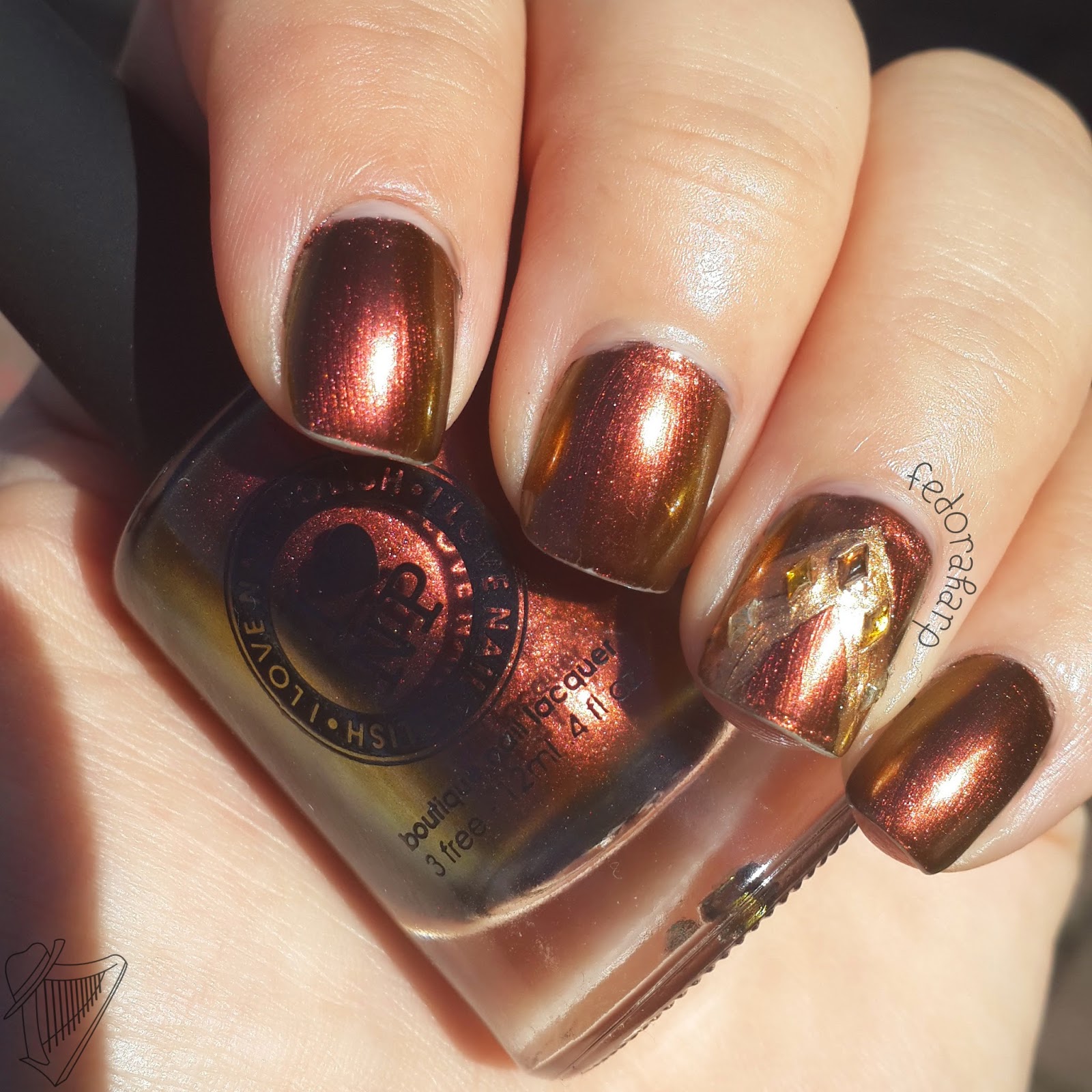 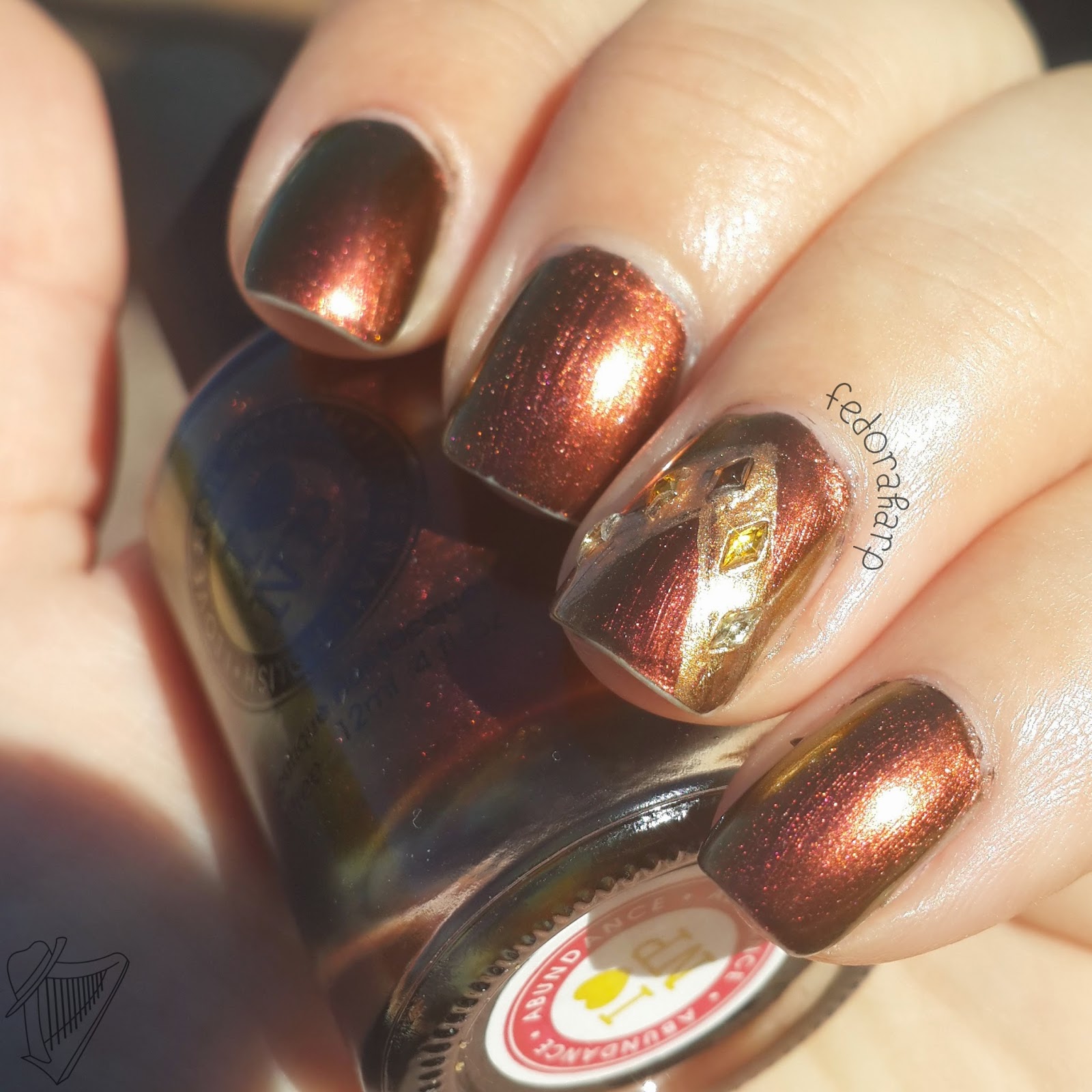 Seriously, look at this beauty. I've captured a bunch of different angles and I'm still not sure I've done it justice. I think this is my favorite multichrome ever, and those who know me will tell you that I'm a multichrome freak, so that's saying a lot. This polish is gorgeous. If you decide to buy it you definitely won't regret it.
Posted by FedoraHarp at 9:12 AM