I have had long hair for most of my life. I briefly cut it short in high school to donate, but by the time I graduated it was nearly back to it's original length. I've always kept it somewhere between waist length and tailbone length- I don't think it actually gets much longer than that on me.

A bit over two years ago, I started dyeing my hair regularly with Henna. I do it roughly every six weeks- really for the roots, but most of the time I go ahead and do all of my hair each time. I've actually been meaning to document my henna routine for several months, but I kept forgetting on henna day, or remembering when I had already done part of the process. This time I remembered!

Some general notes about henna:
Here are my ingredients: 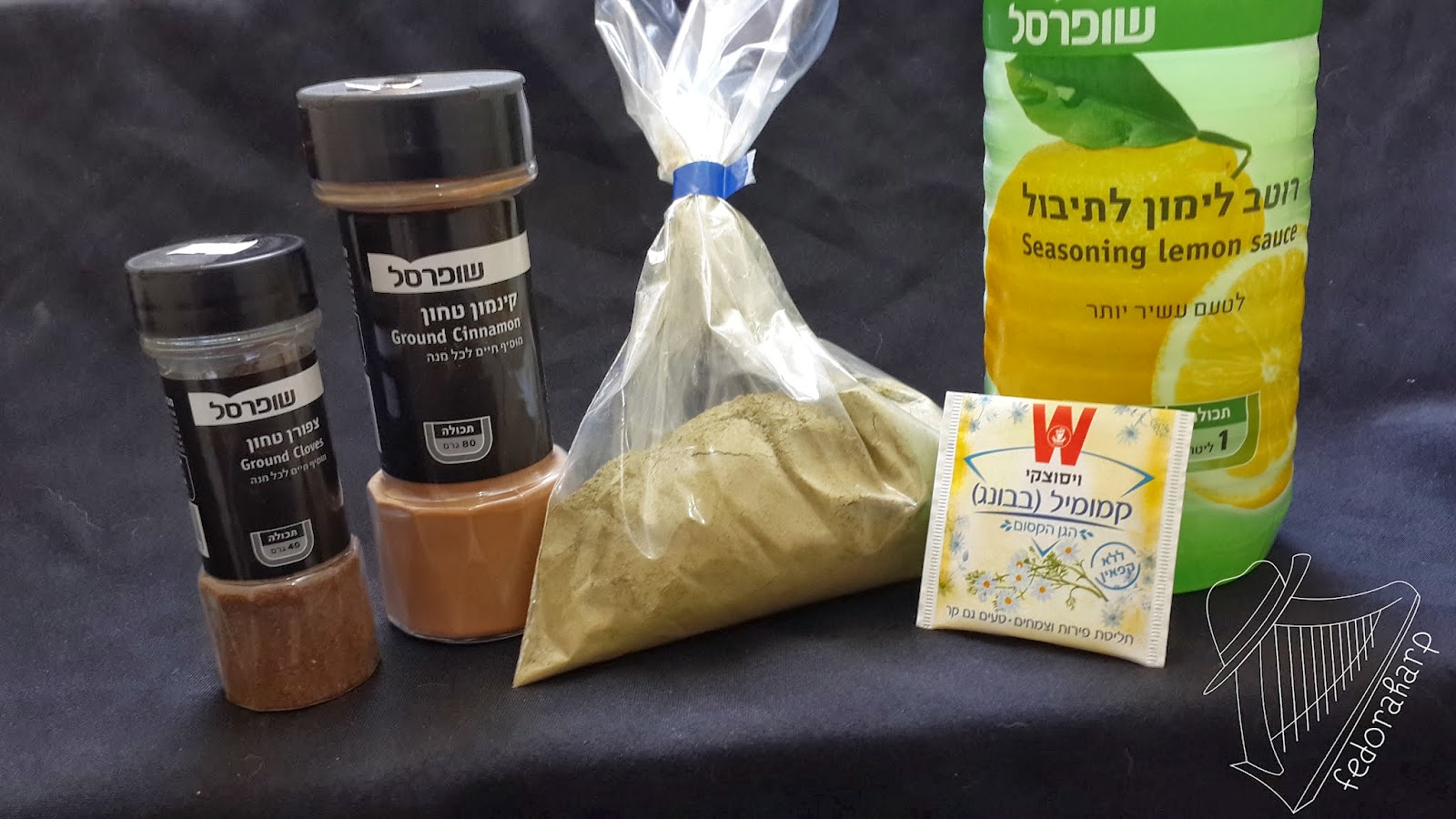 The rest of this post is less wordy but fairly picture-heavy, so I'm putting it under a cut. 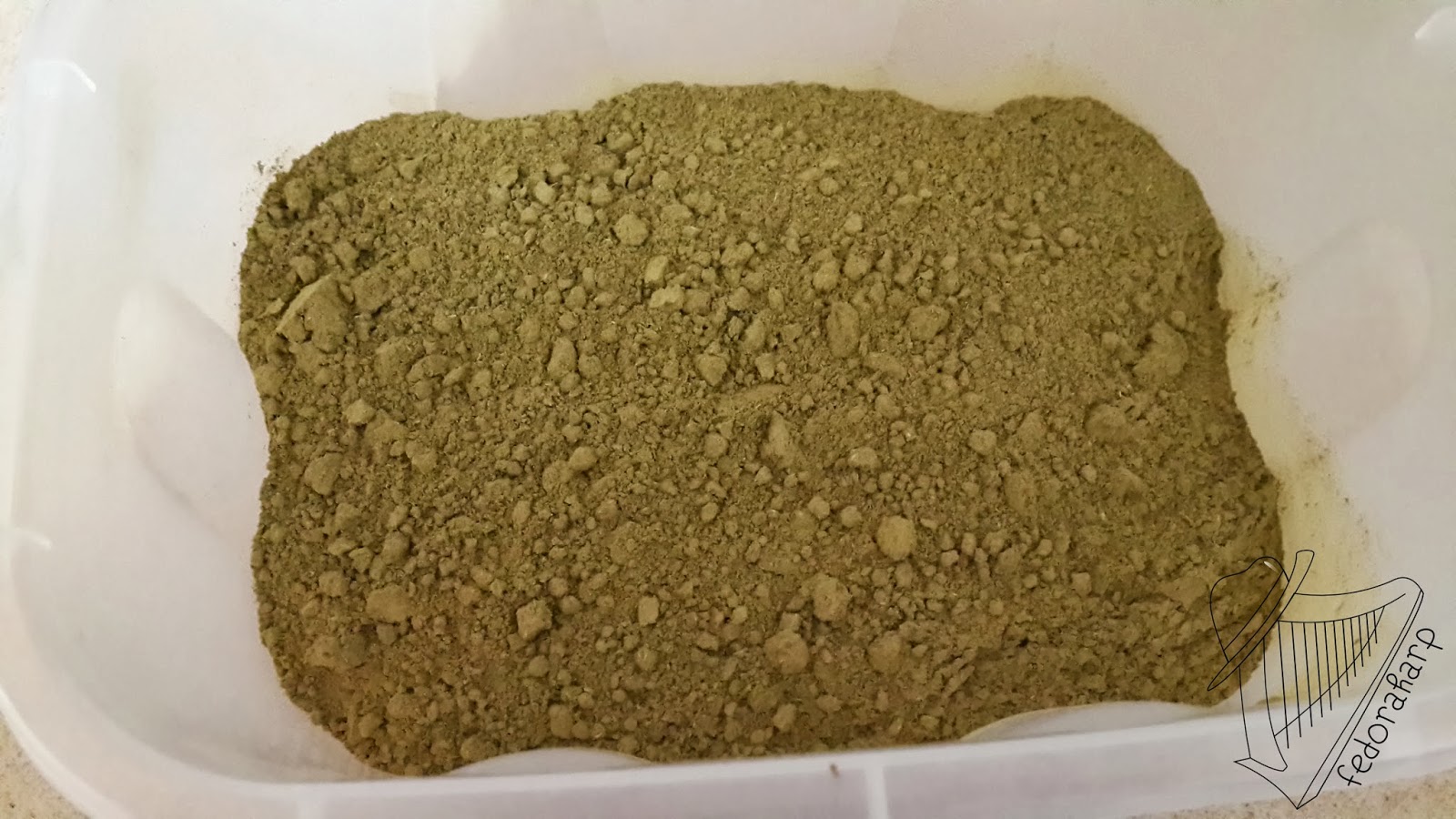 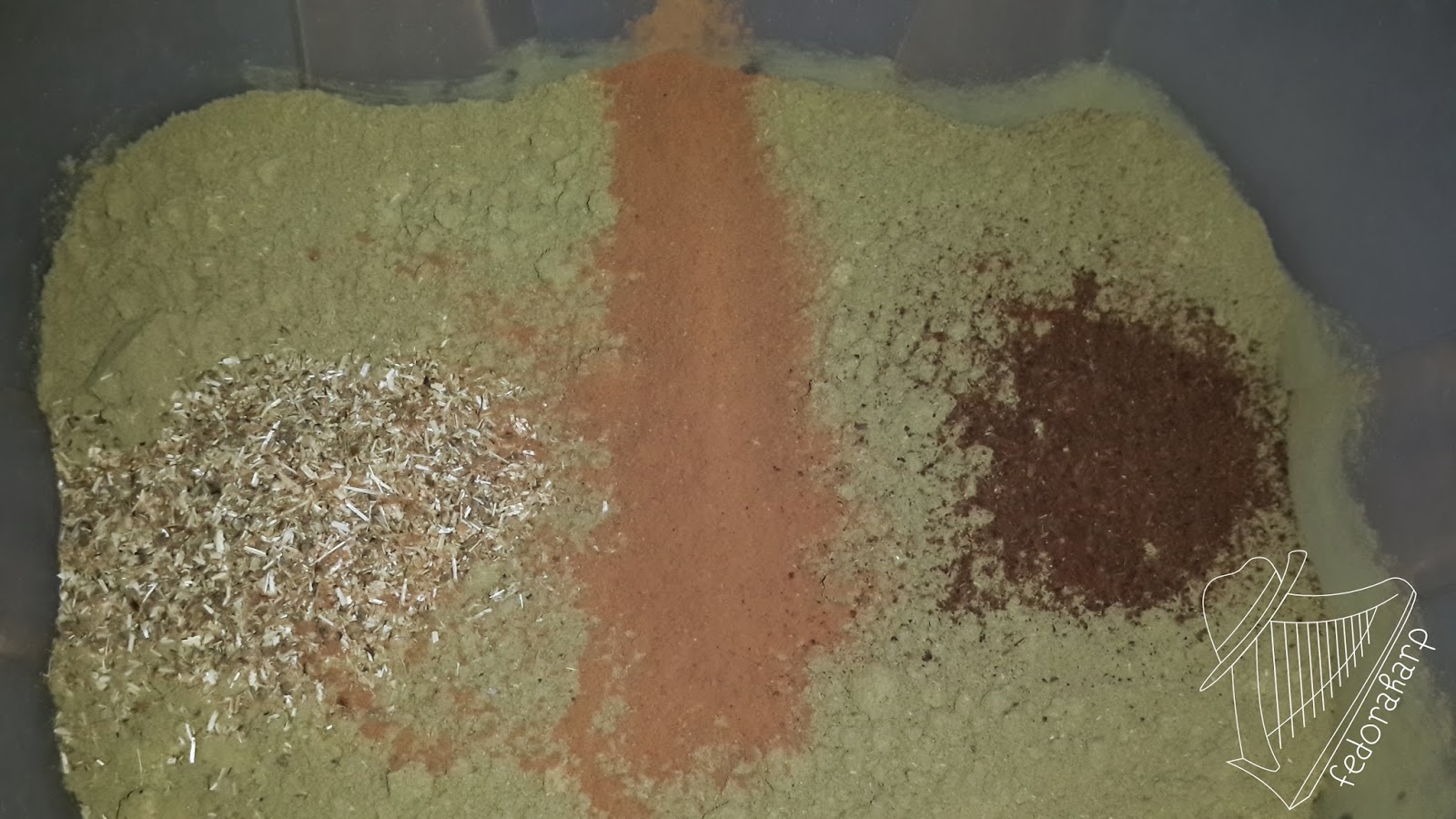 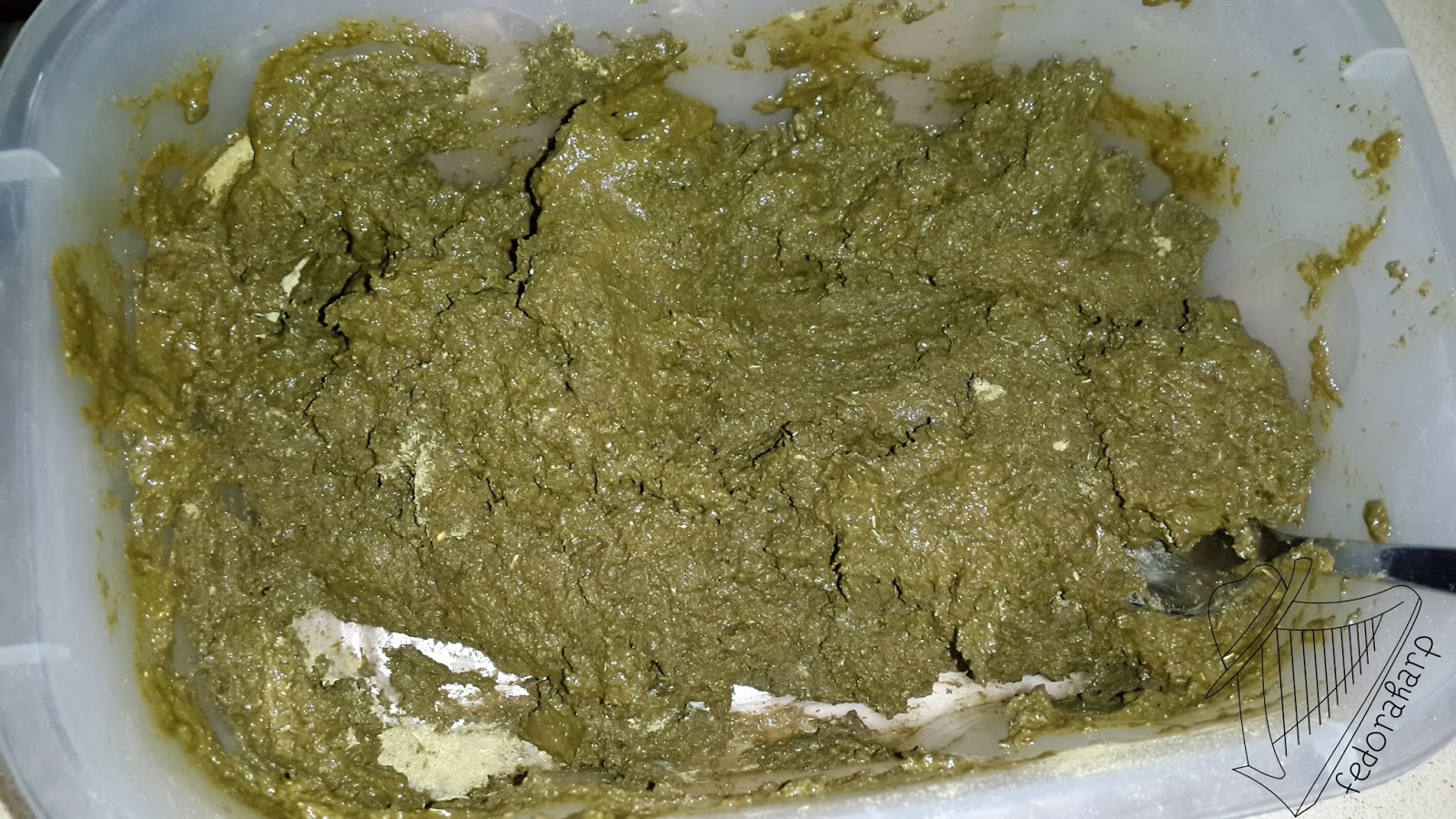 This henna is not wet enough. It's still very clumpy and crumbly 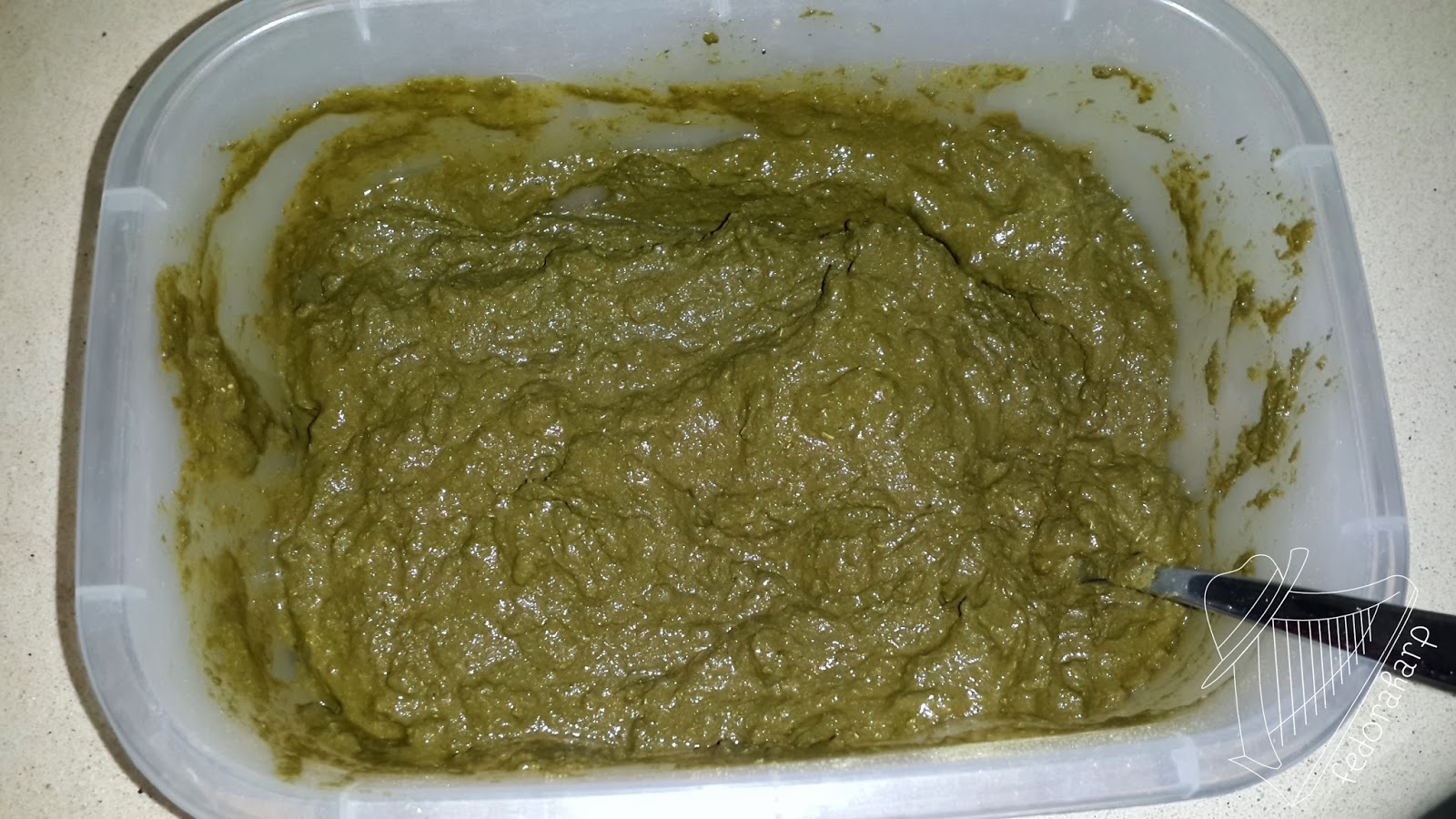 When your henna looks like this, it's just about right. It should be about as thick as a fudgy brownie batter- much thicker than regular cake batter but not as thick as cookie dough. (Baking analogies for goopy green cream. I  promise it's not as gross as it looks. It's quite un-gross, actually) 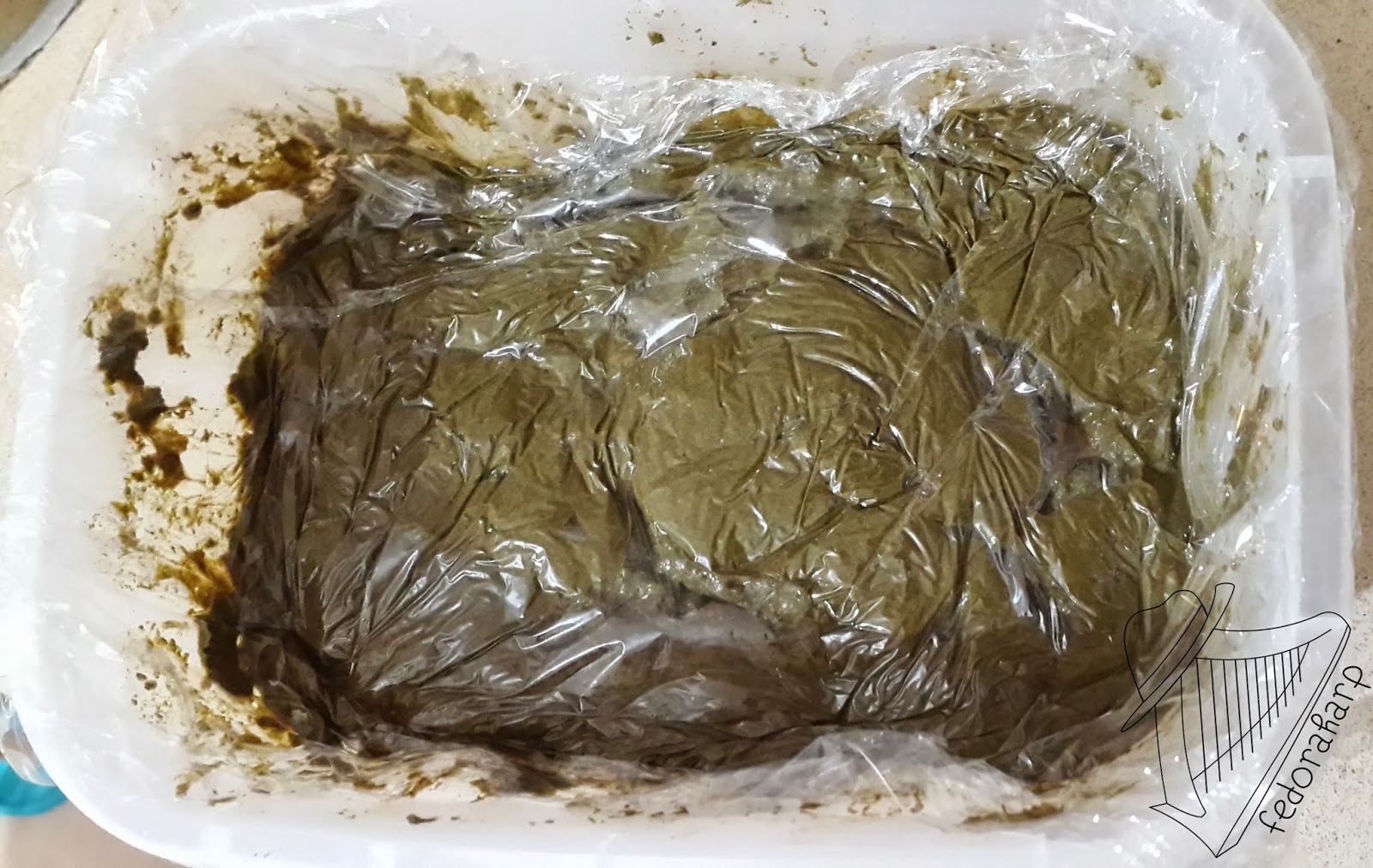 You can see that it's already starting to turn very slightly brown around the edges. By the time you put it in your hair it'll be entirely brown. 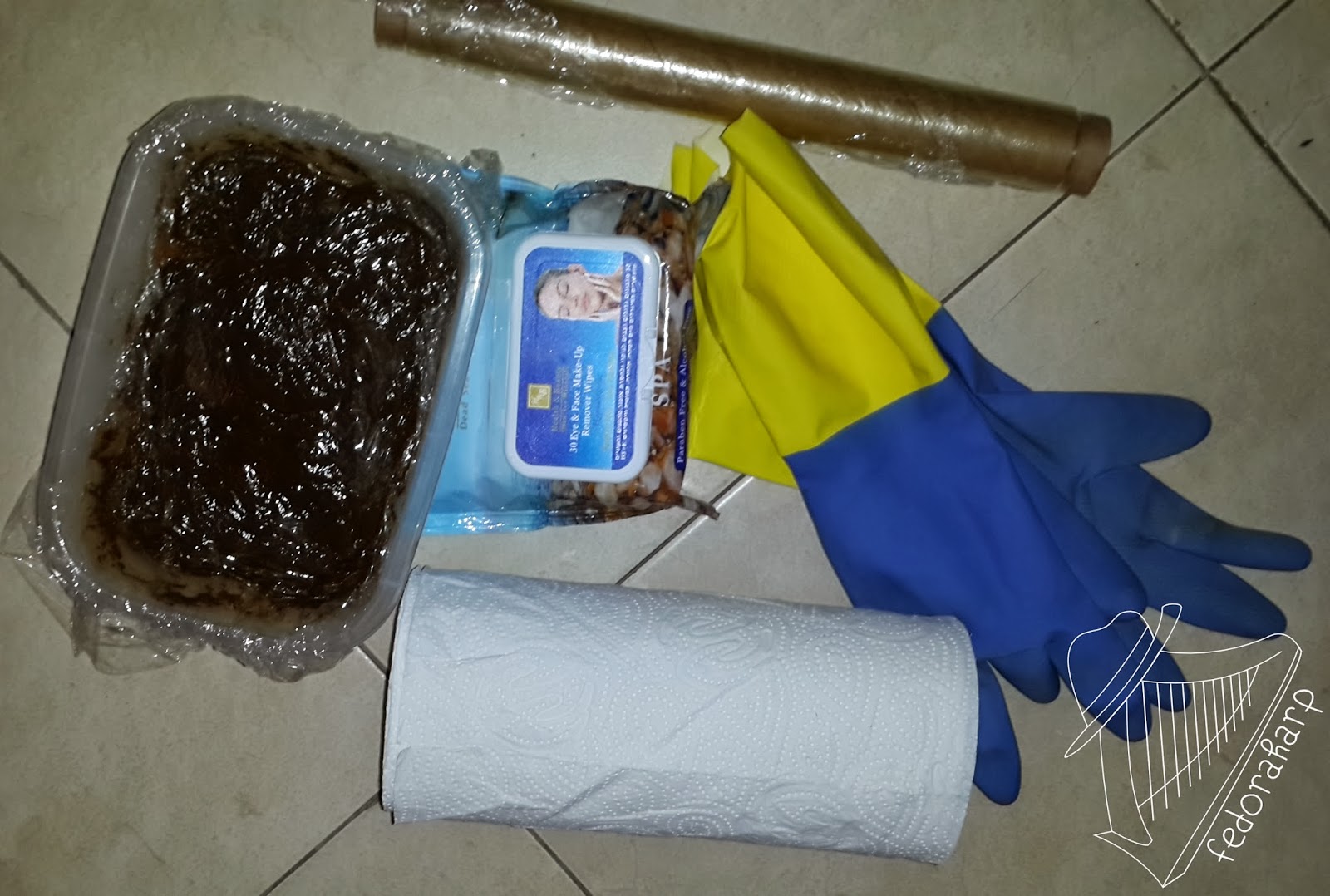 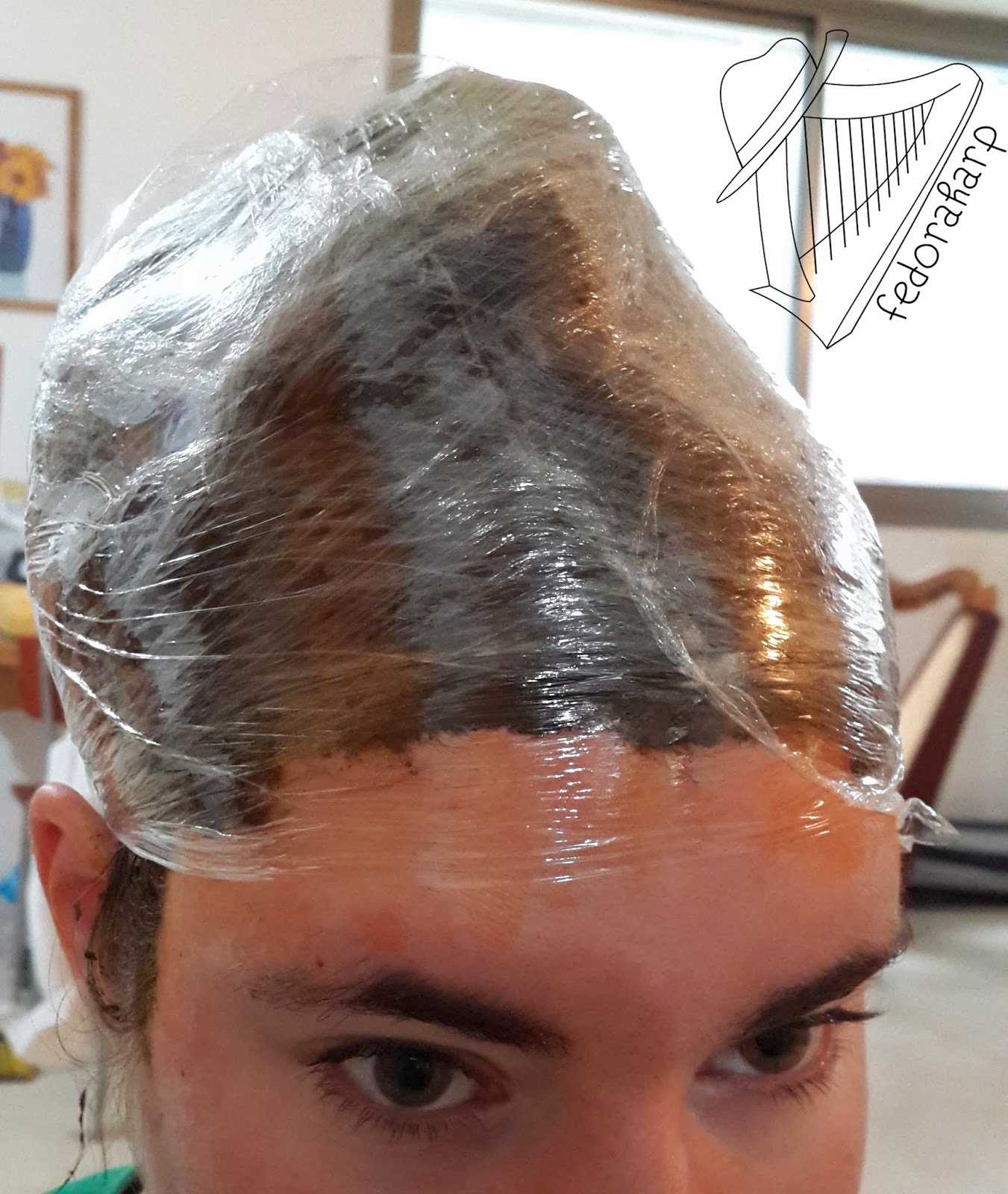 Yes, really. I usually go around my head four or five times, then push back the plastic wrap a bit to wipe off my forehead and ears with a cleansing wipe, and then add one more layer. If a bit of hair is sticking out at your temples and the nape of your neck, it's not the end of the world.
Note: After a while, you may start to get little "drips" leaking out from under your cling wrap. If it happens in the first hour or two, you made your mixture too liquid and have now learned an annoying lesson. You can catch them easily enough with a paper towel or a wipe- if you get a little on your hands just wash it off. It shouldn't be happening very often, if it starts getting frequent enough to be annoying that's when I usually wash it out.

Here's a quick selfie I grabbed on the way out the door to work, two days post-henna. My hair is naturally a mousy-brown color, so while it didn't "set my hair on fire", it did give me a very good tint: 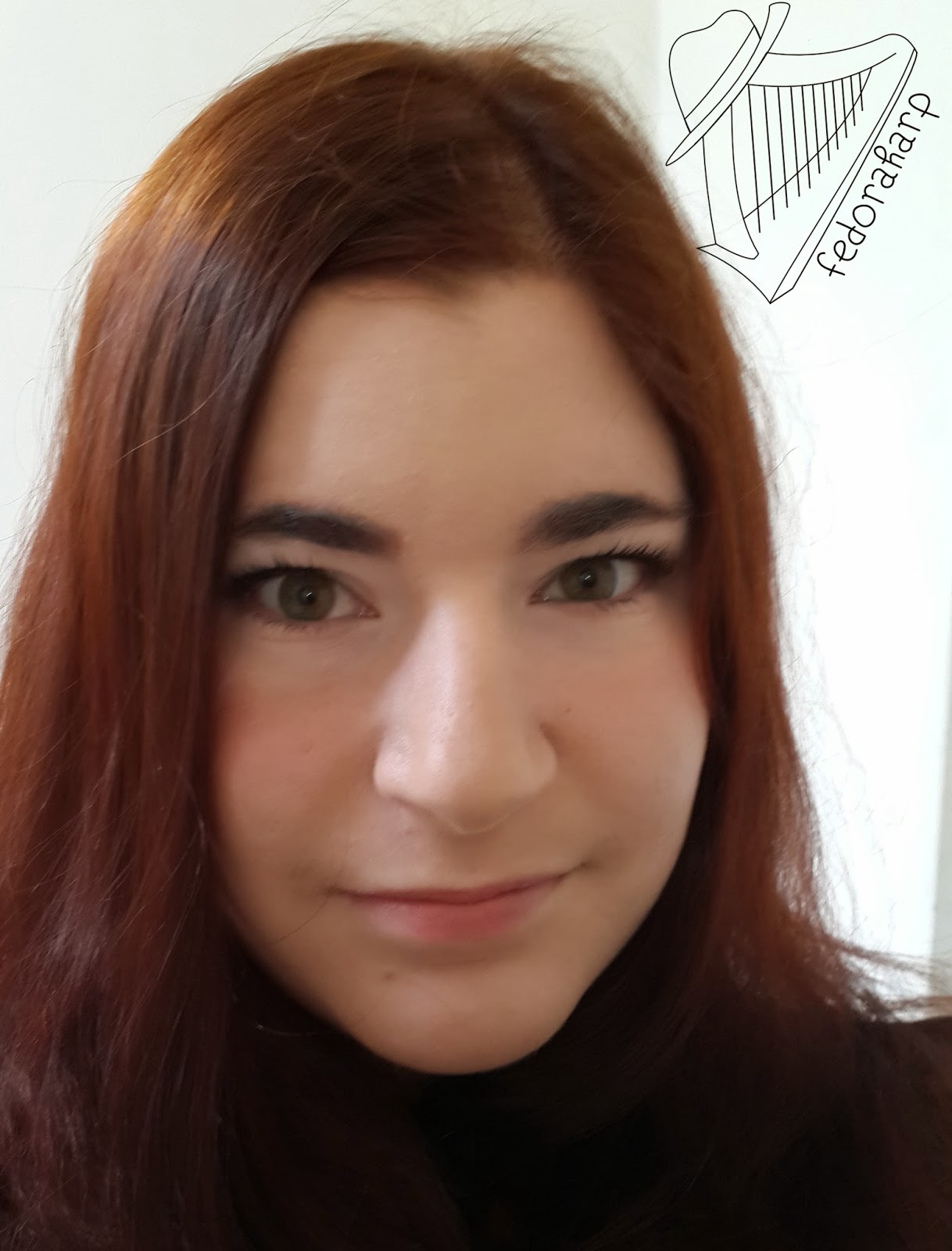 (It's a little difficult to get the red to show up in photos other than direct sunlight, for some reason, but I think this'll do :D)

For a lot of good resources on dyeing your hair with henna or other natural dyes, definitely check out hennaforhair.com. Especially their e-book, which was my bible for the first couple of months.
Posted by FedoraHarp at 12:50 PM