You know, I used to not be able to stand orange, but it's really grown on me in the past few months! I can now officially say I would wear orange even if not forced to do so by the challenge. Faint praise, maybe, but I only wear things I love on my nails, so not as faint as it may seem.

Today's nail art is inspired by the TV show Orange is the New Black. I haven't gotten around to watching the second season yet, I really must! I am mostly in it for Red and for Sophia, but I really adore all the supporting cast. I don't mind Piper, but despite being the main protagonist, she's actually the least interesting to me. So, chickens! (I know I'm not making a lot of sense right now. Hush.) 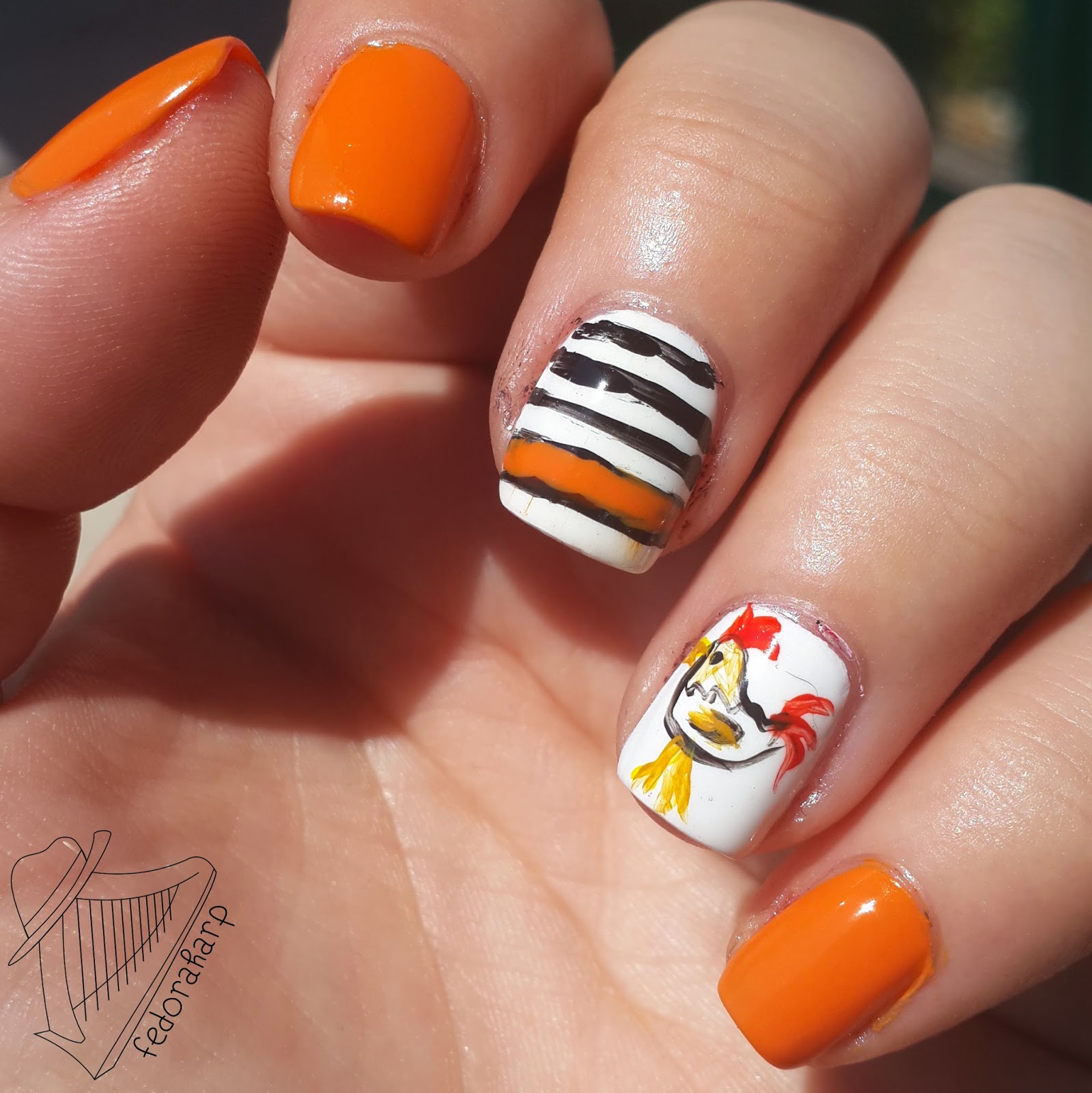 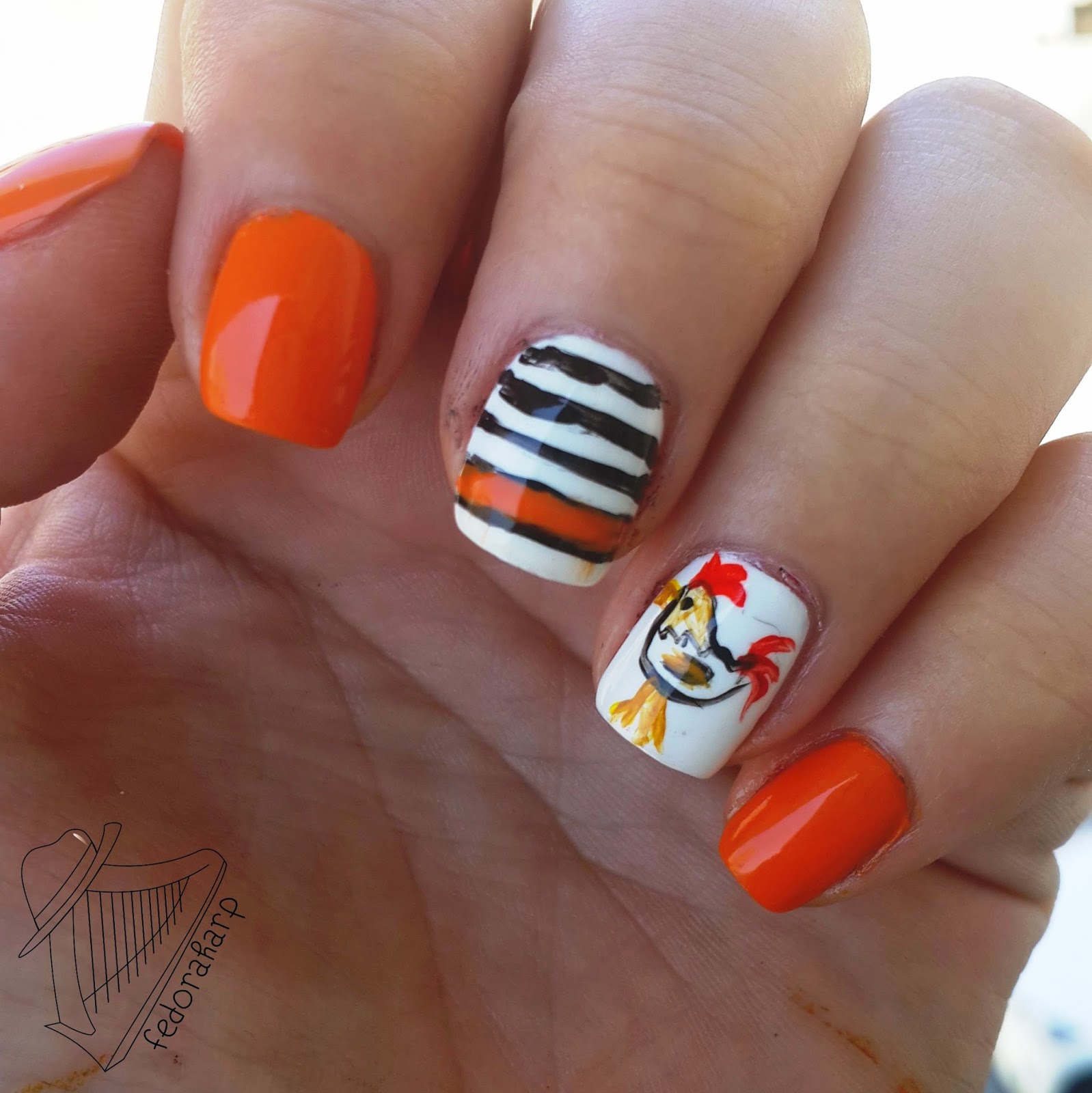 Check out  what other people have done today!
An InLinkz Link-up
Posted by FedoraHarp at 1:33 AM