The return of Jewelry Wednesday! (...on Thursday night)

Gotta give me points for trying, no?

I'm going to try to make Jewelry Wedneday posts more often, I think. I keep reminding myself that I actually made this blog because of jewelry- two years before I even got into nail art! Of course back then, I made about three posts and then forgot it existed for over a year. But I'm going to try to recapture the original intent of this blog by posting about jewelry every now and then. 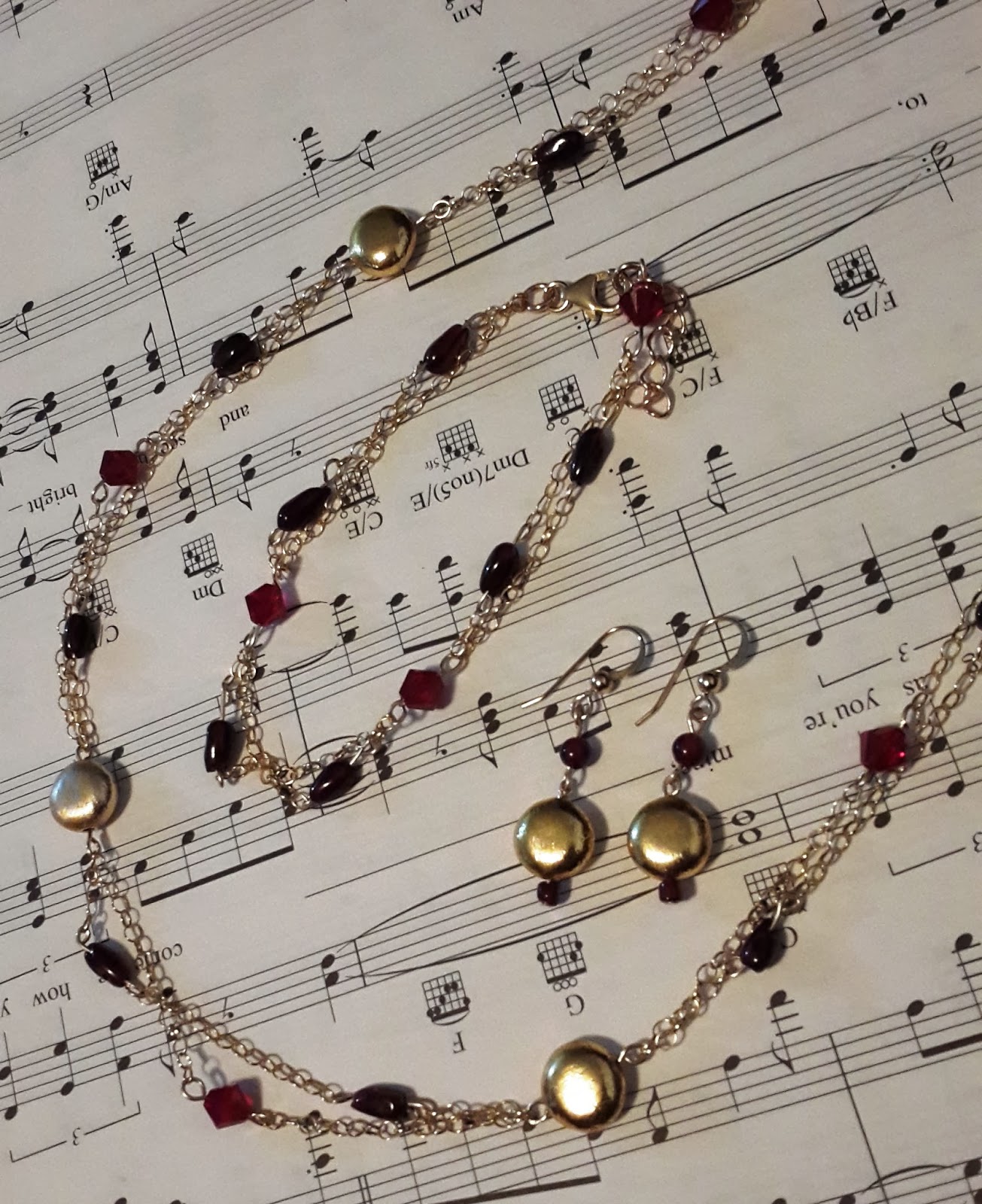 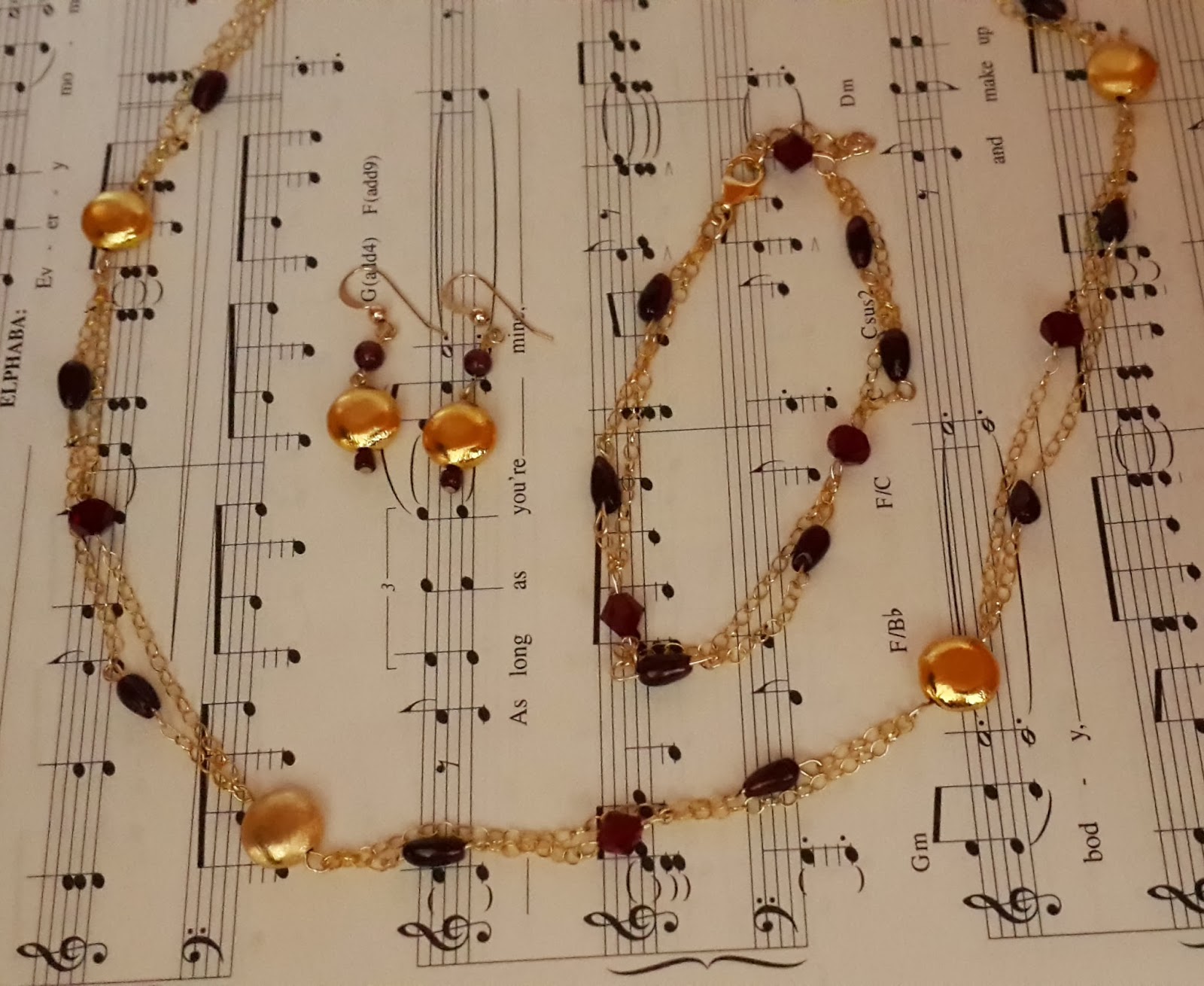 Closeups and WIP shots after the jump!


For today's post, I want to talk about an OOAK set I made as a thank you gift. I found the job I currently have thanks to a wonderful woman who did not request anything in return. I managed to wheedle her favorite color out (burgundy), and I did something I've never done before. I bought real gold. 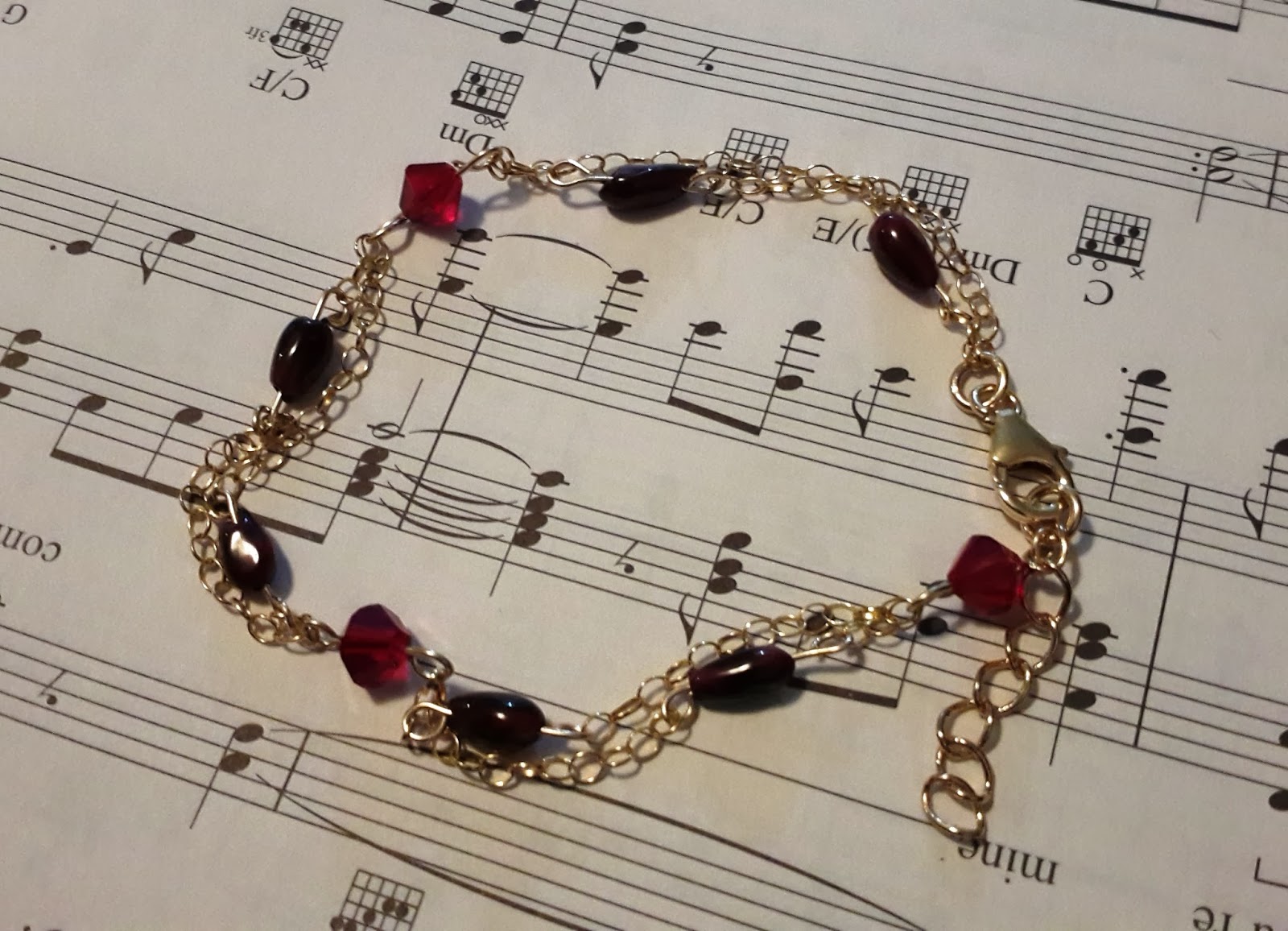 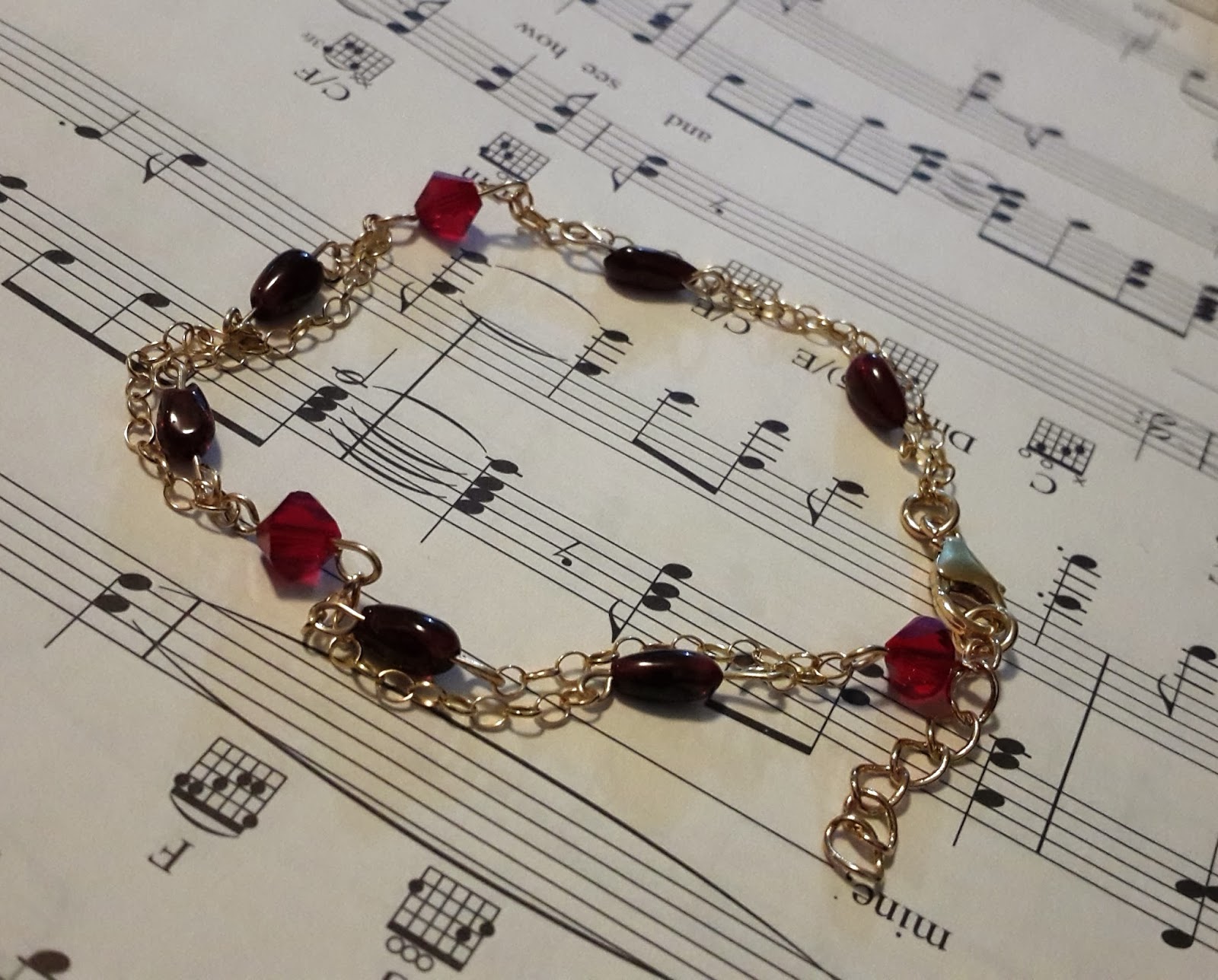 To be fair, it's technically gold-filled, which is an alloy with a less valuable metal (in this case silver), but gold itself would have cost me more than I could afford, and I'm not sure she'd be comfortable accepting such an expensive gift for me anyway. One of the elements in this is actually gold plated silver, although the color difference is negligible. The rest of the elements are deep red Swarovski crystals and some garnet. 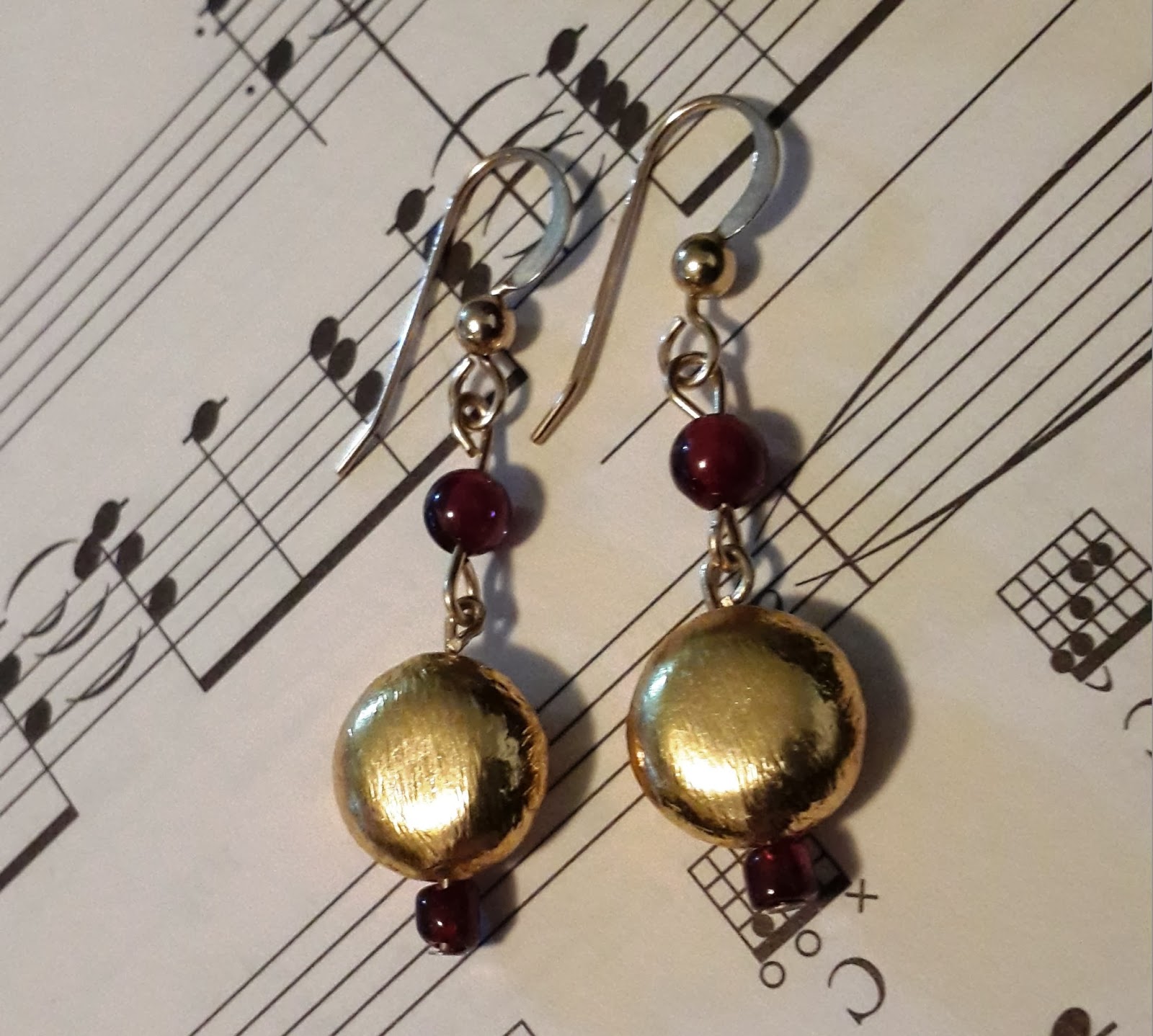 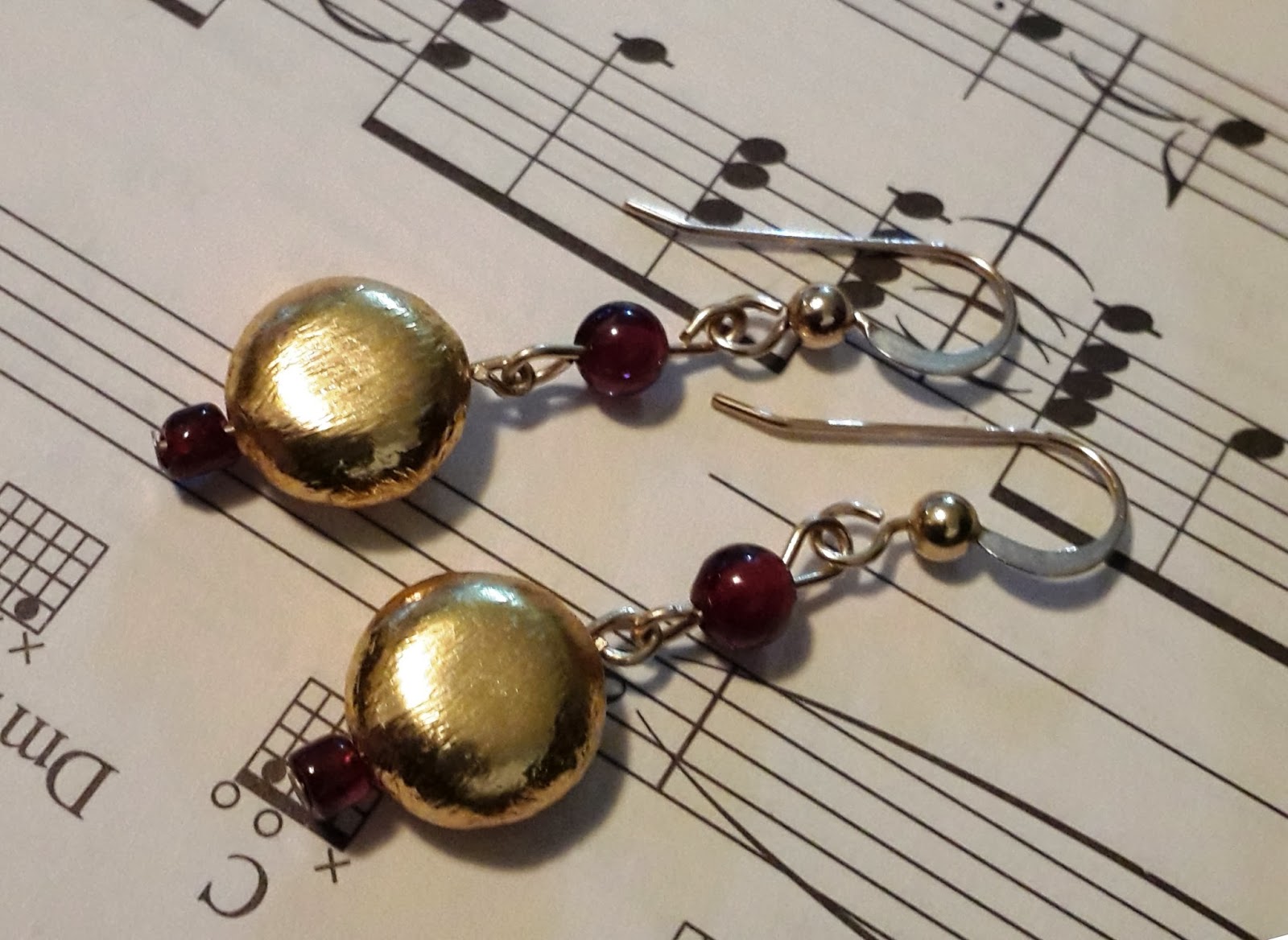 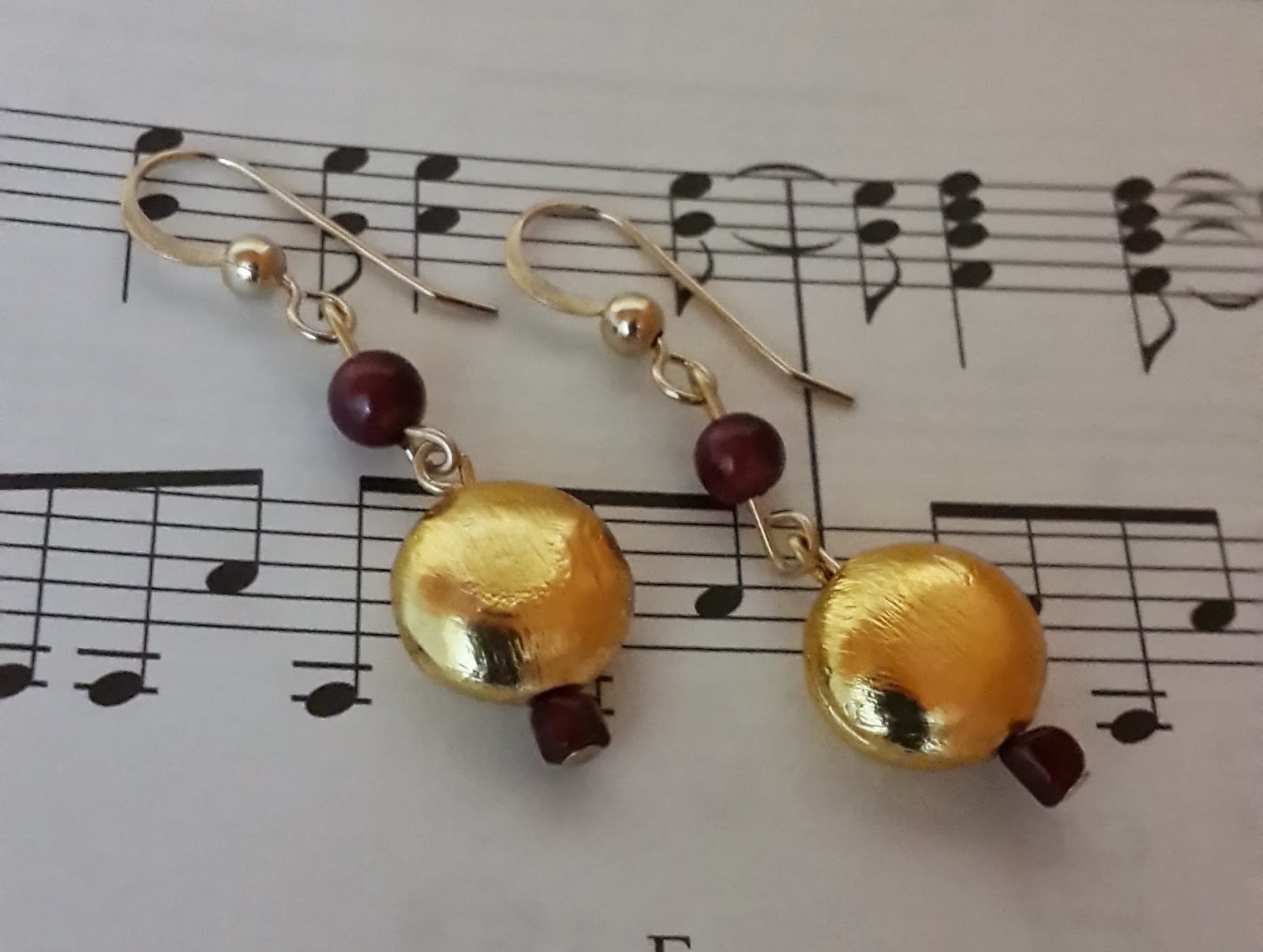 Unfortunately, I didn't have the opportunity to photograph these in sunlight, so these are all indoor photos. I did the best I could and tried out various lighting setups and angles, but the color composition is imperfect. I'm still trying to work on my photography in general- the pictures in my store are serviceable, but not especially attractive. Hopefully I'll keep improving though! 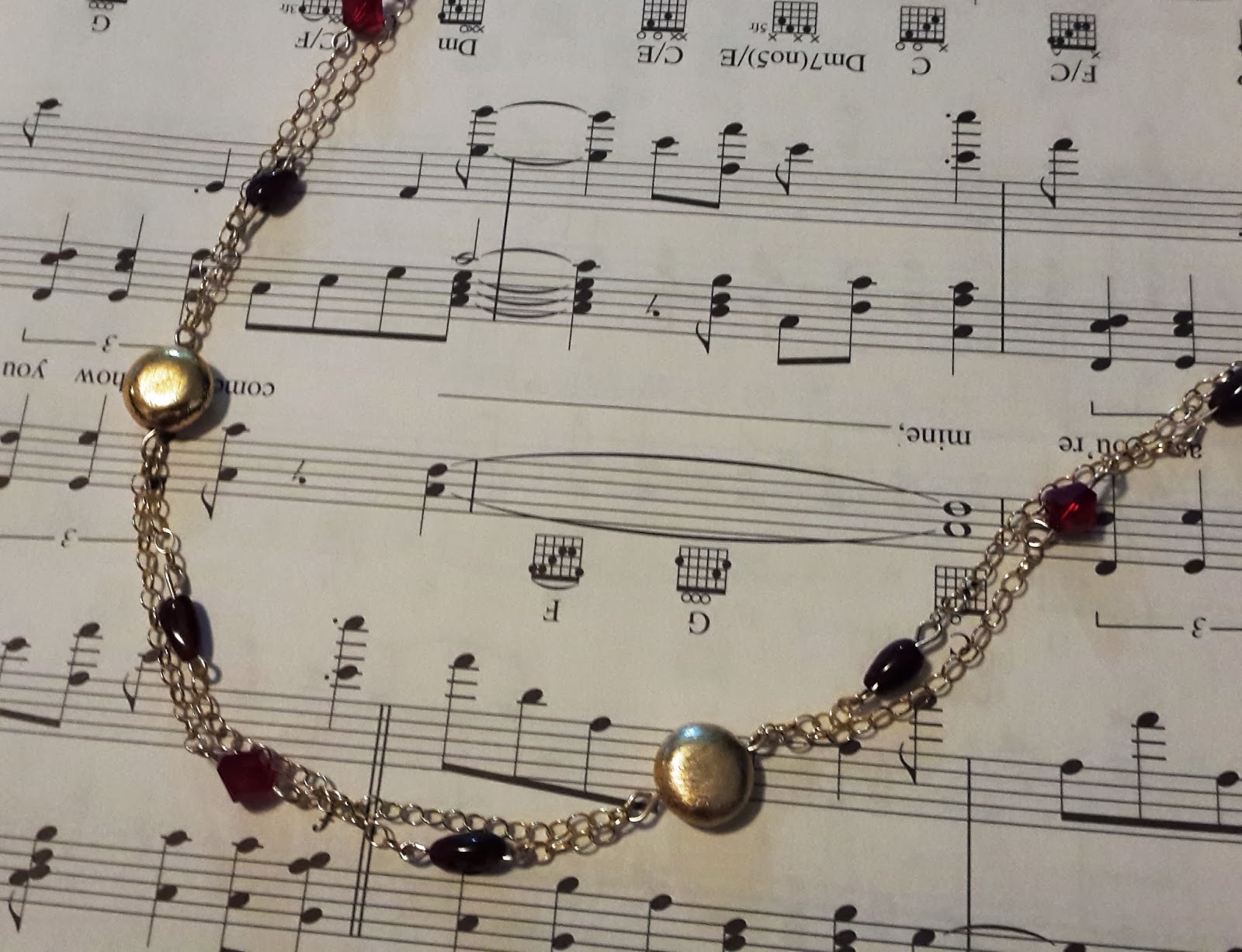 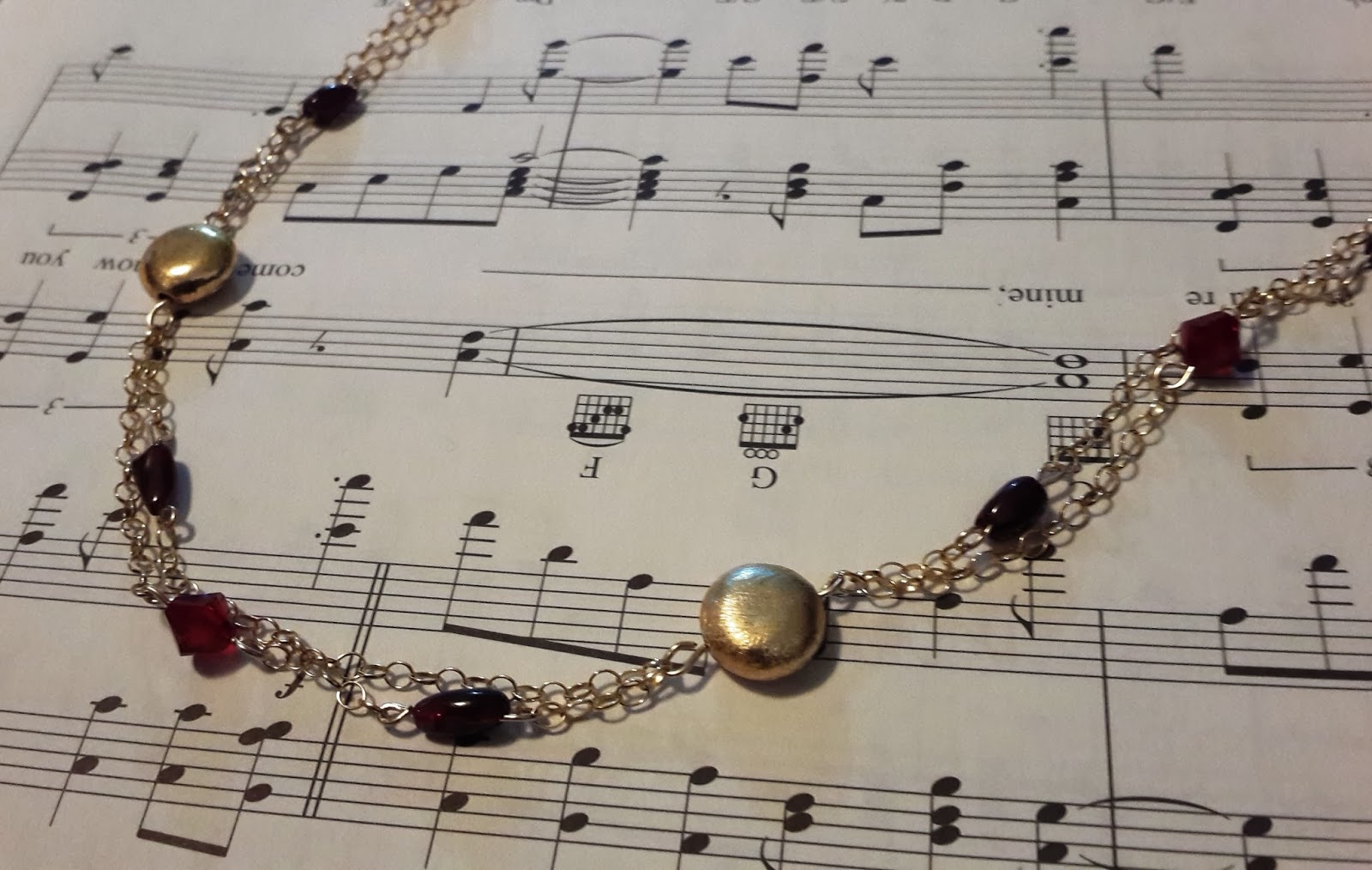 And here is the final set, all nicely laid out in a gift box: 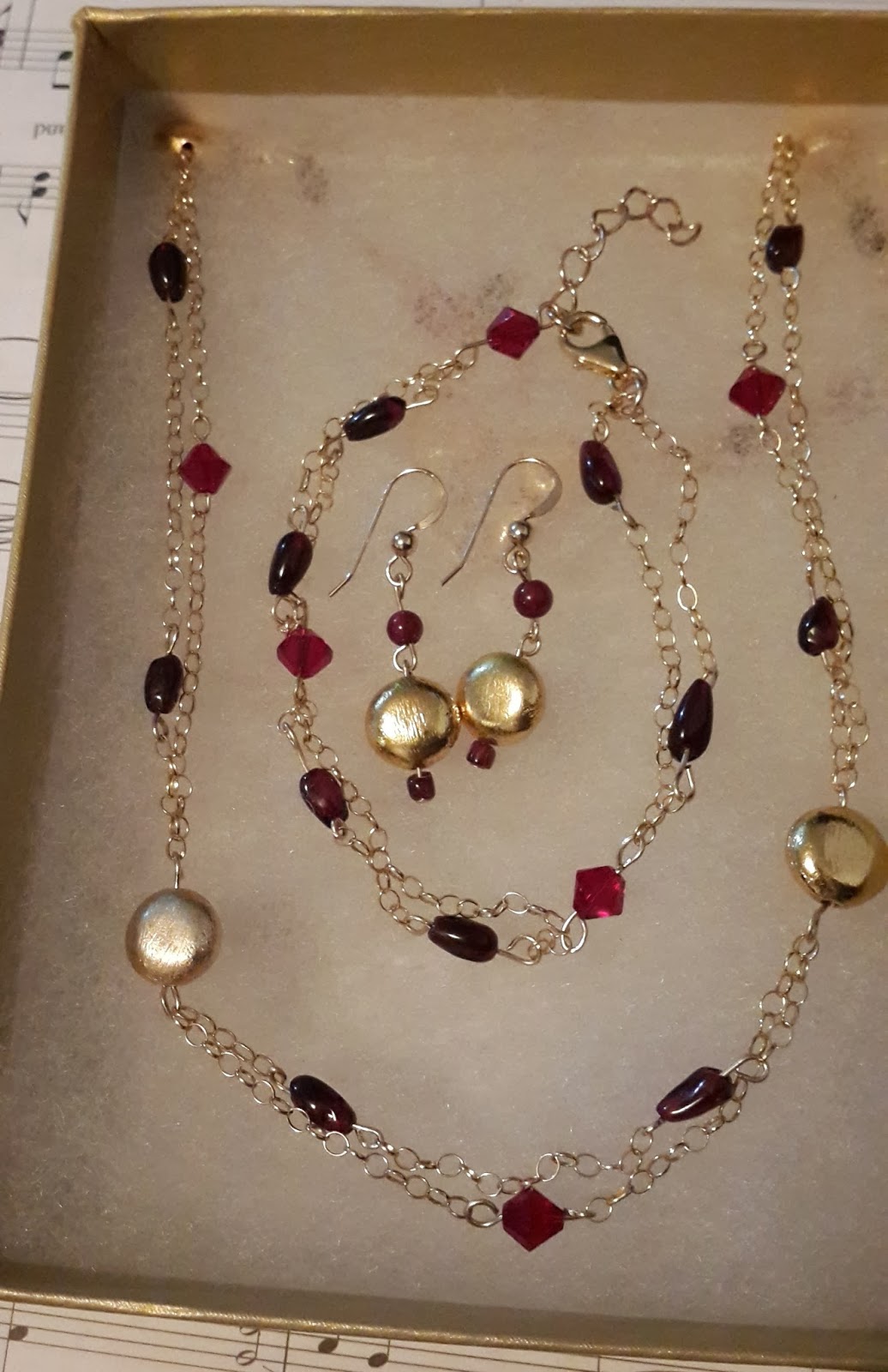 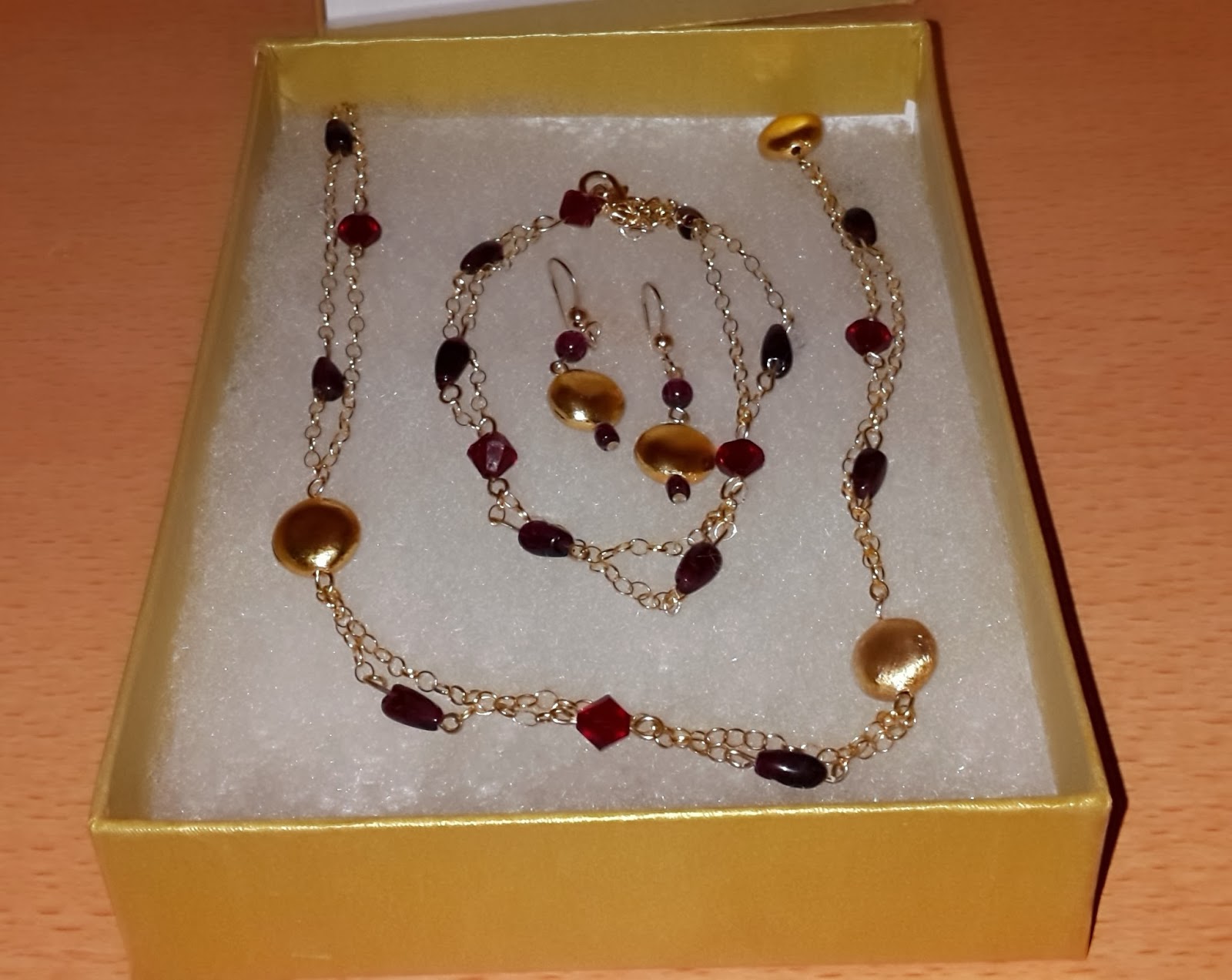 Here are some progress photos: 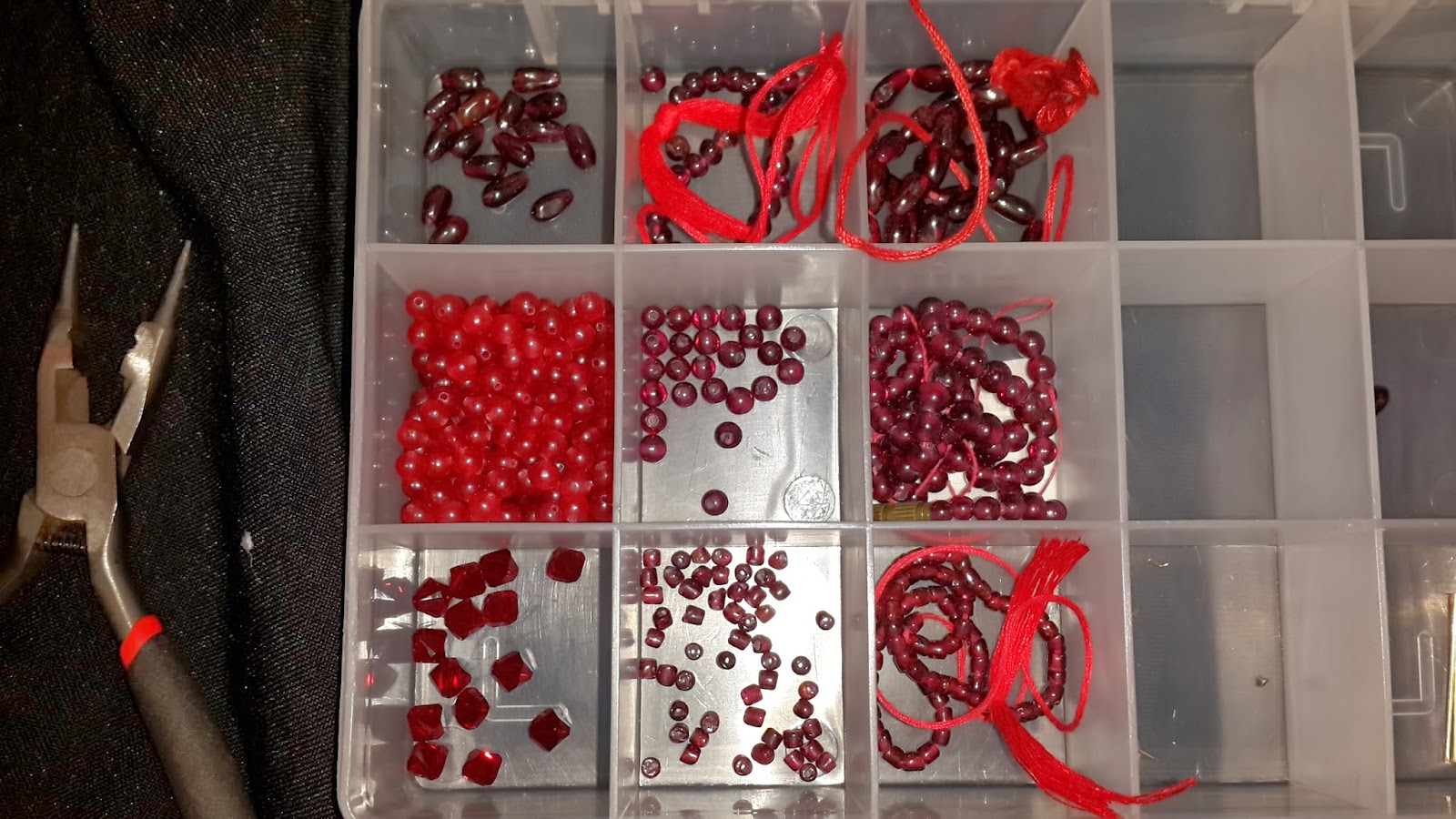 I didn't end up using all of the elements in this picture, but I used most of them. The brighter  red, which is jade, didn't suit the rest of the color scheme very well 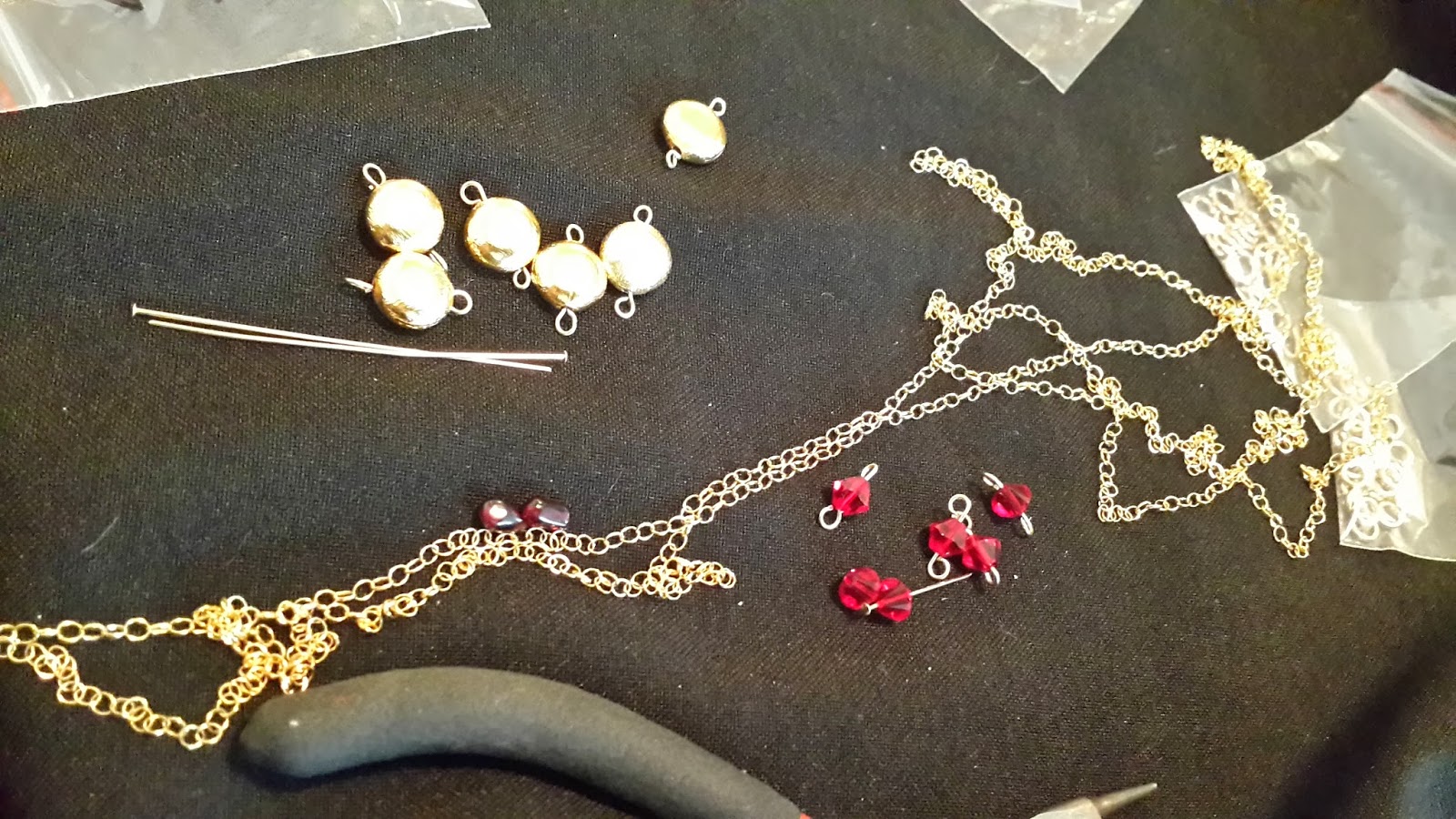 Working with more valuable elements is nerve wracking, because you never know when you're going to break or ruin something. With less valuable stuff it's ok if you break a thing or two while you're trying to perfect a design. It's part of the process, and I factor it in when I purchase surprise and set my prices. Here, it's a monumental waste! 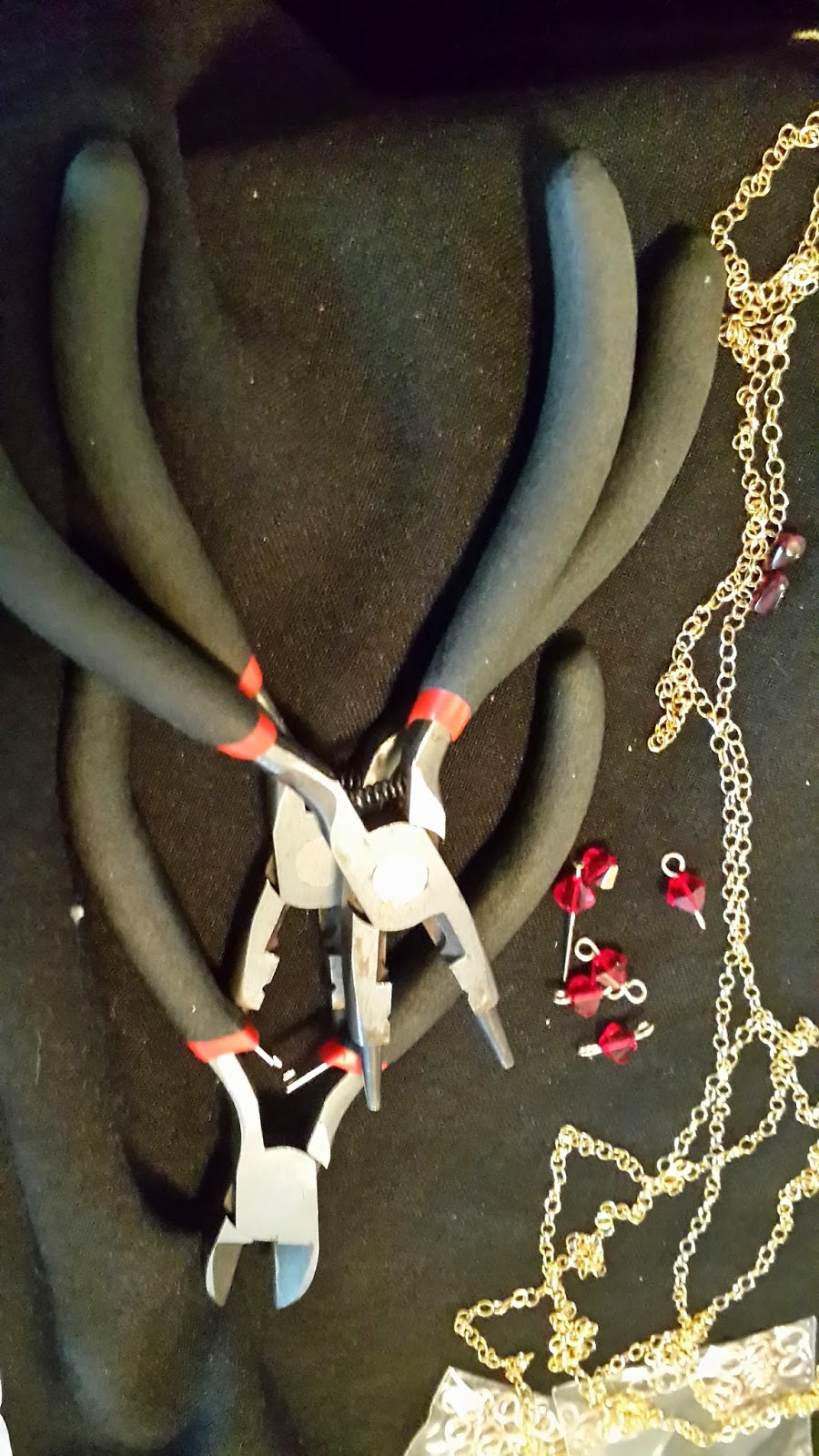 My trusty pliars :) somehow they got uploaded upside down, but I've reuploaded a bunch of pictures already and I think you get the idea. Two of them are combination needlenose pliars, crimping pliars, and wire cutters, and one is a wire cutter that I got when the ones in the first two started to get dull. 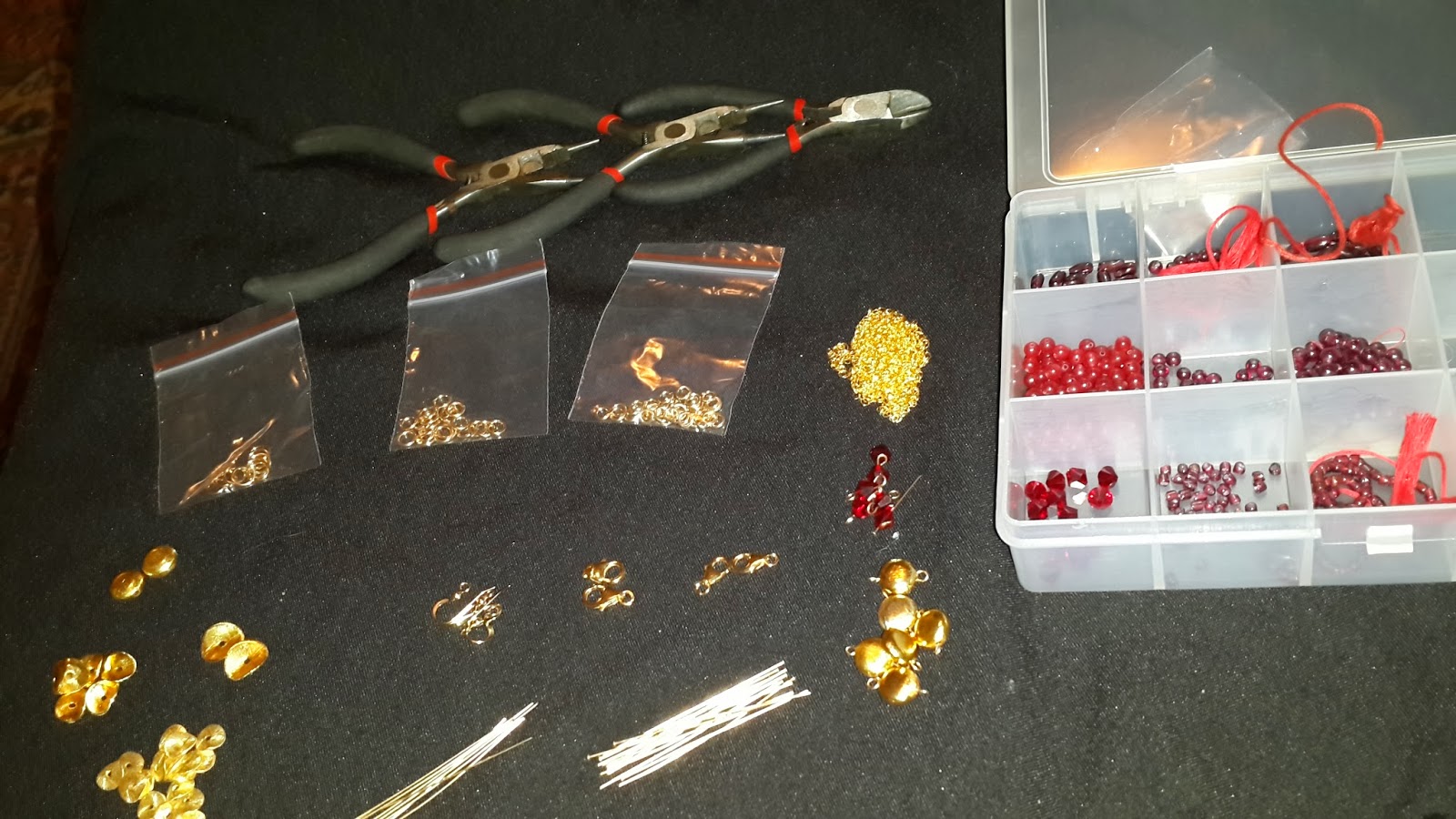 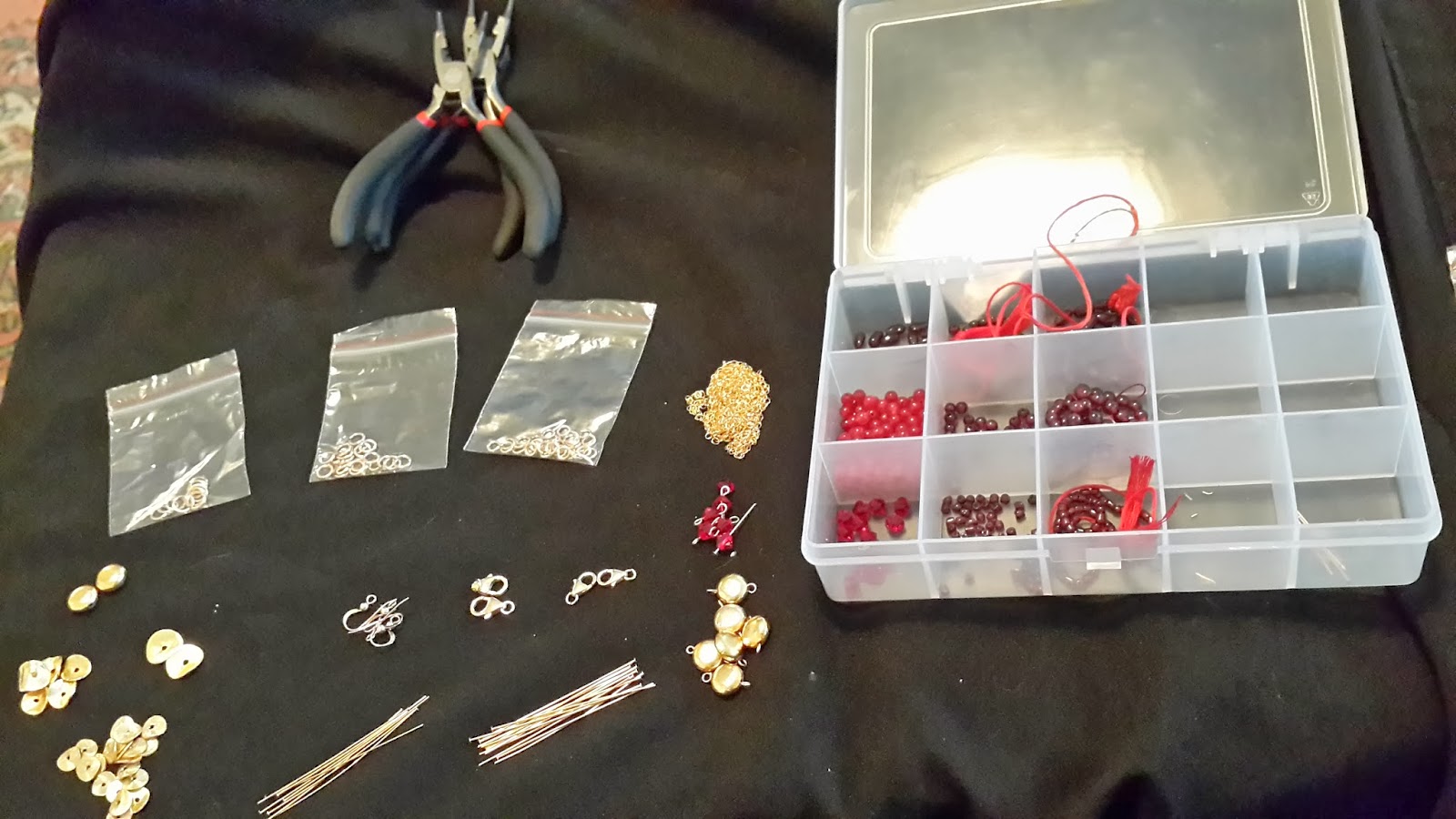 All laid out nicely, albeit mid-project so some of the elements are already partly put together

Anyway, I hope you enjoyed this! I have a post in mind for next Wednesday already, although I don't expect it to get this long. Then again I didn't expect this post to get so long either!
Posted by FedoraHarp at 12:51 PM