Yes, folks, that's right! No more interviews for me! (For the time being anyway). I have officially signed with a new job, which I started a week ago.

The thing is, interview nails 4, while pretty, were nearly impossible to photograph. And interview nails 5, the ones I got the offer with, were tipworn and unimpressive. So I've lumped the two kinda mediocre presentations into one, to save space.

For the first mani, I matched them with a new pair of fingerless gloves that I absolutely adore- a soft grey with subtle sparkly threads woven into it. I really wish I'd been able to get better pictures of this, but my camera would just not cooperate. I tried a ton of different lighting, angles, and poses (with and without the gloves in case that was the fault), and I only came up with a couple of usable pictures: 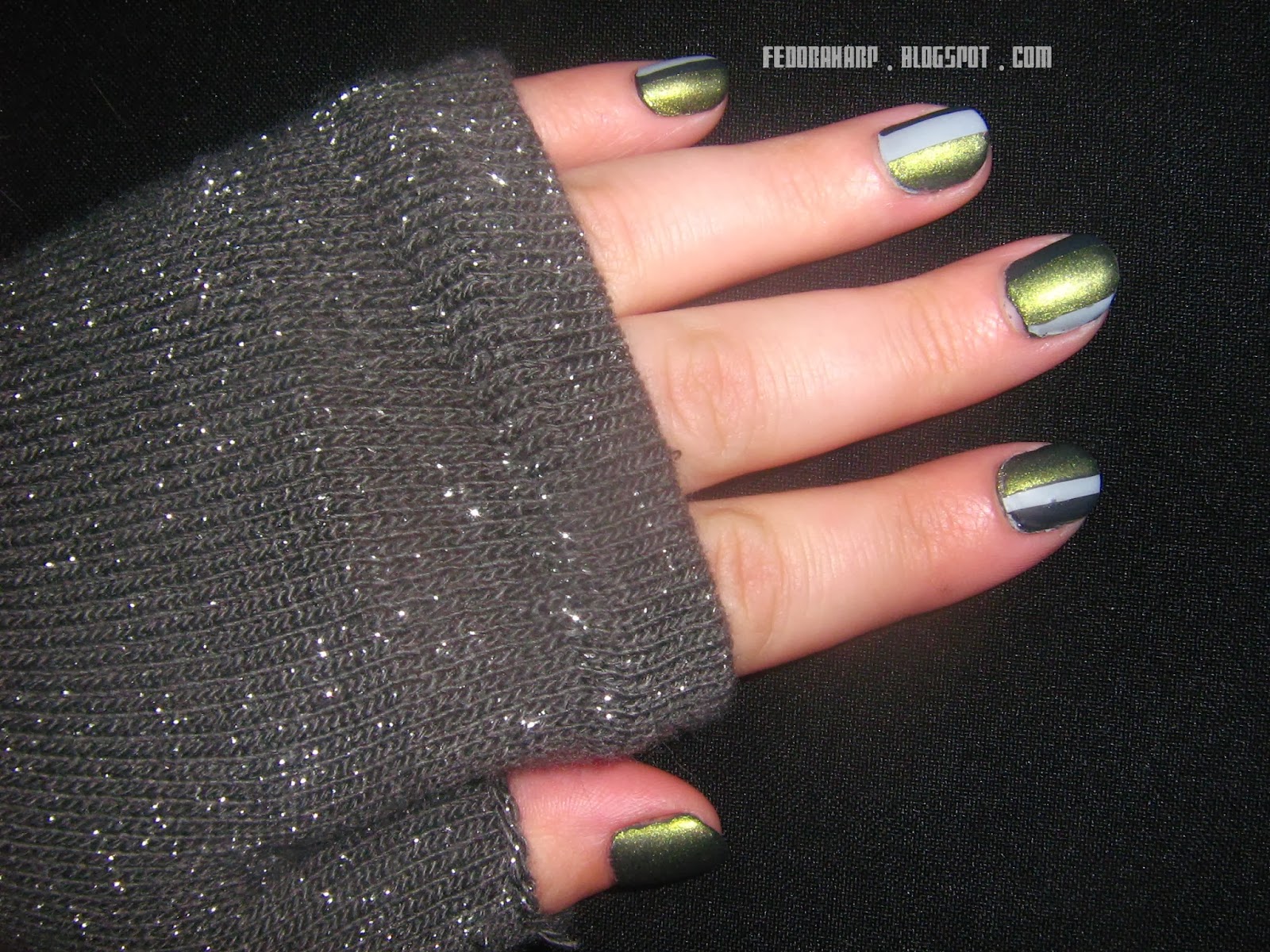 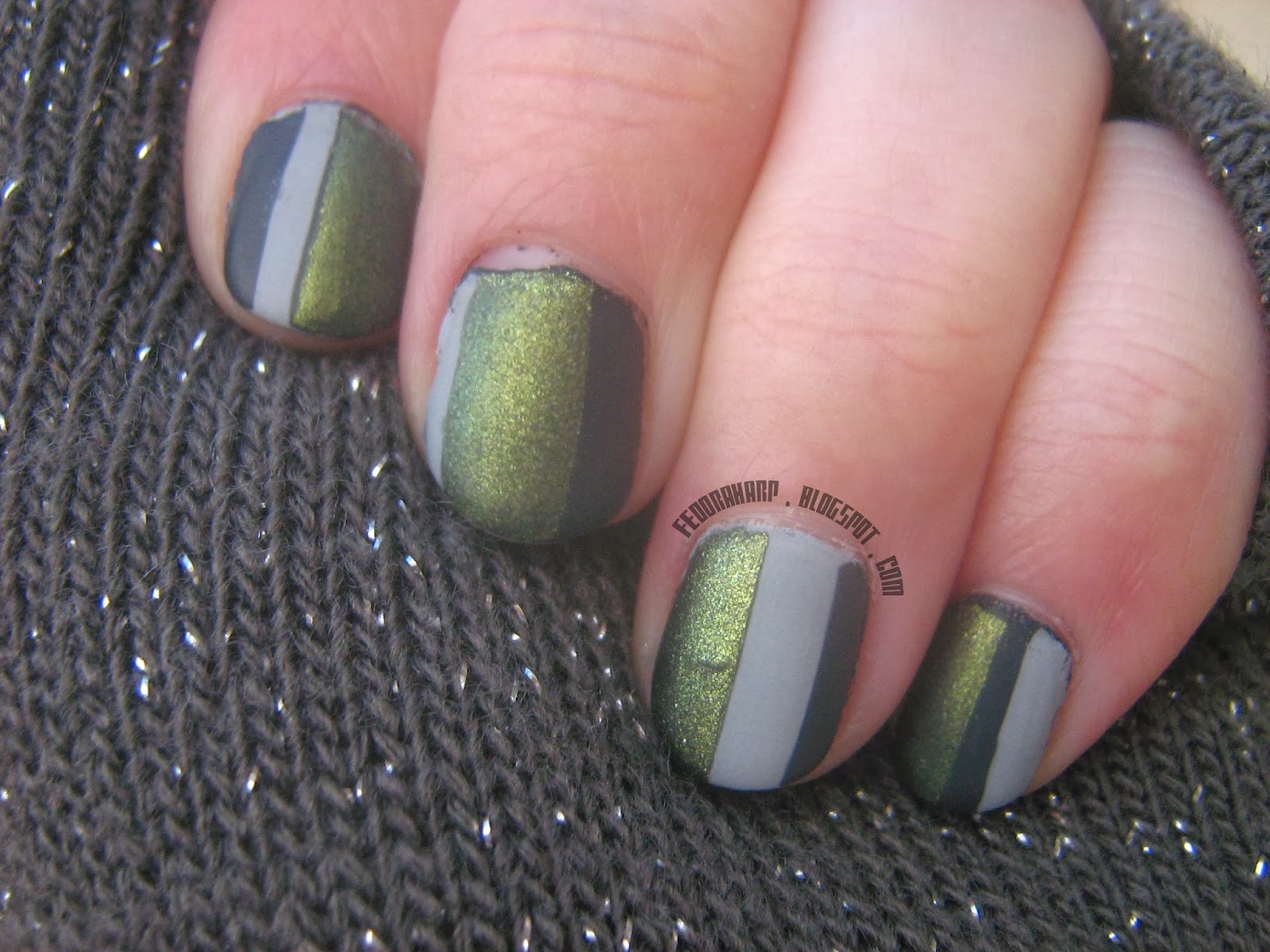 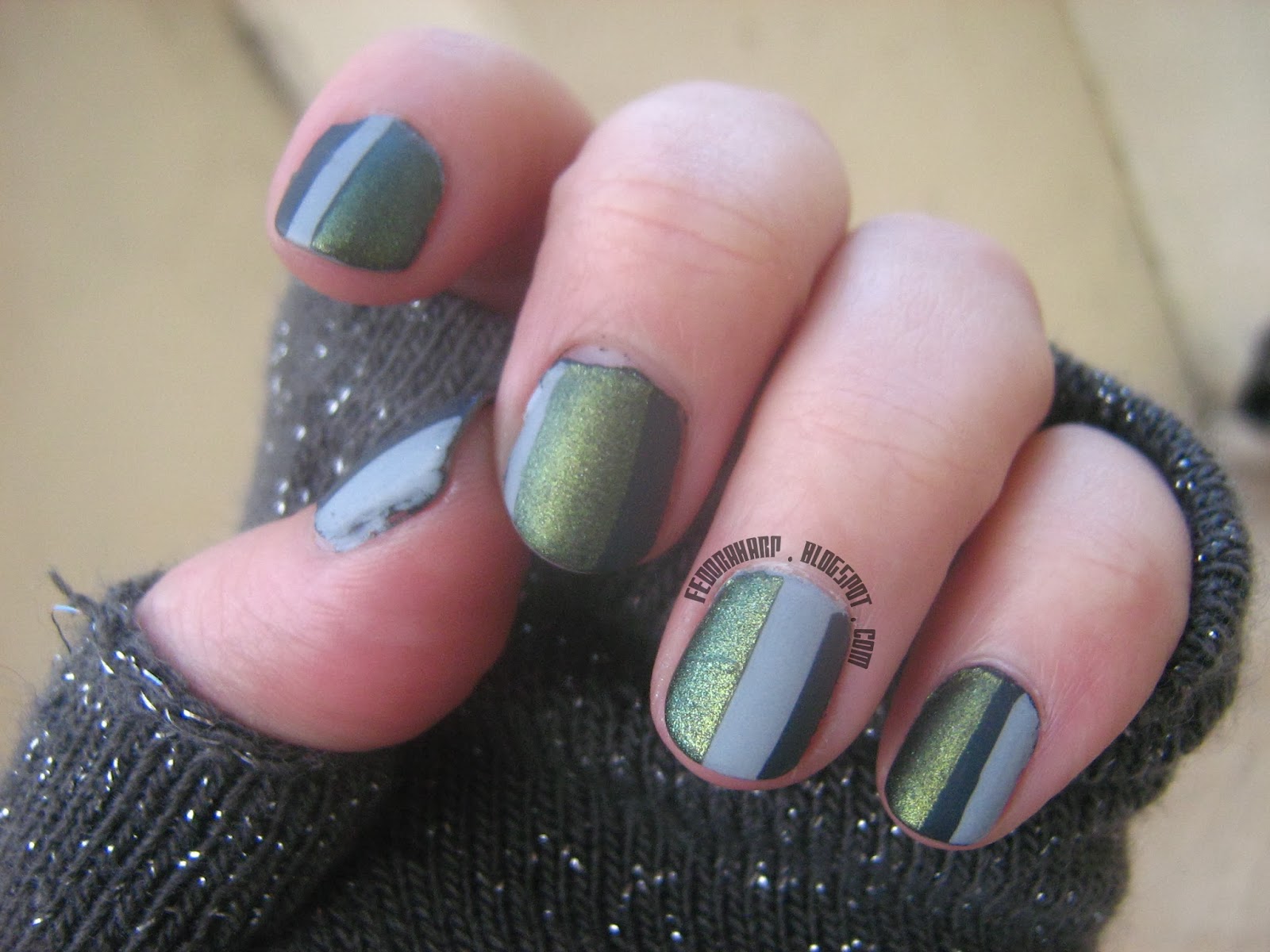 For my second mani, I was called in for the interview kind of last minute, and I still had the Ciate that I swatched from my 2013 roundup on. I had just done a bunch of polish stuff and didn't really have the energy to do anything elaborate, so I just stamped right over my swatch. I then proceeded to forget to take pictures for five days, hence the tipwear. (Really, what got into me though? I never leave polish on for five days!) 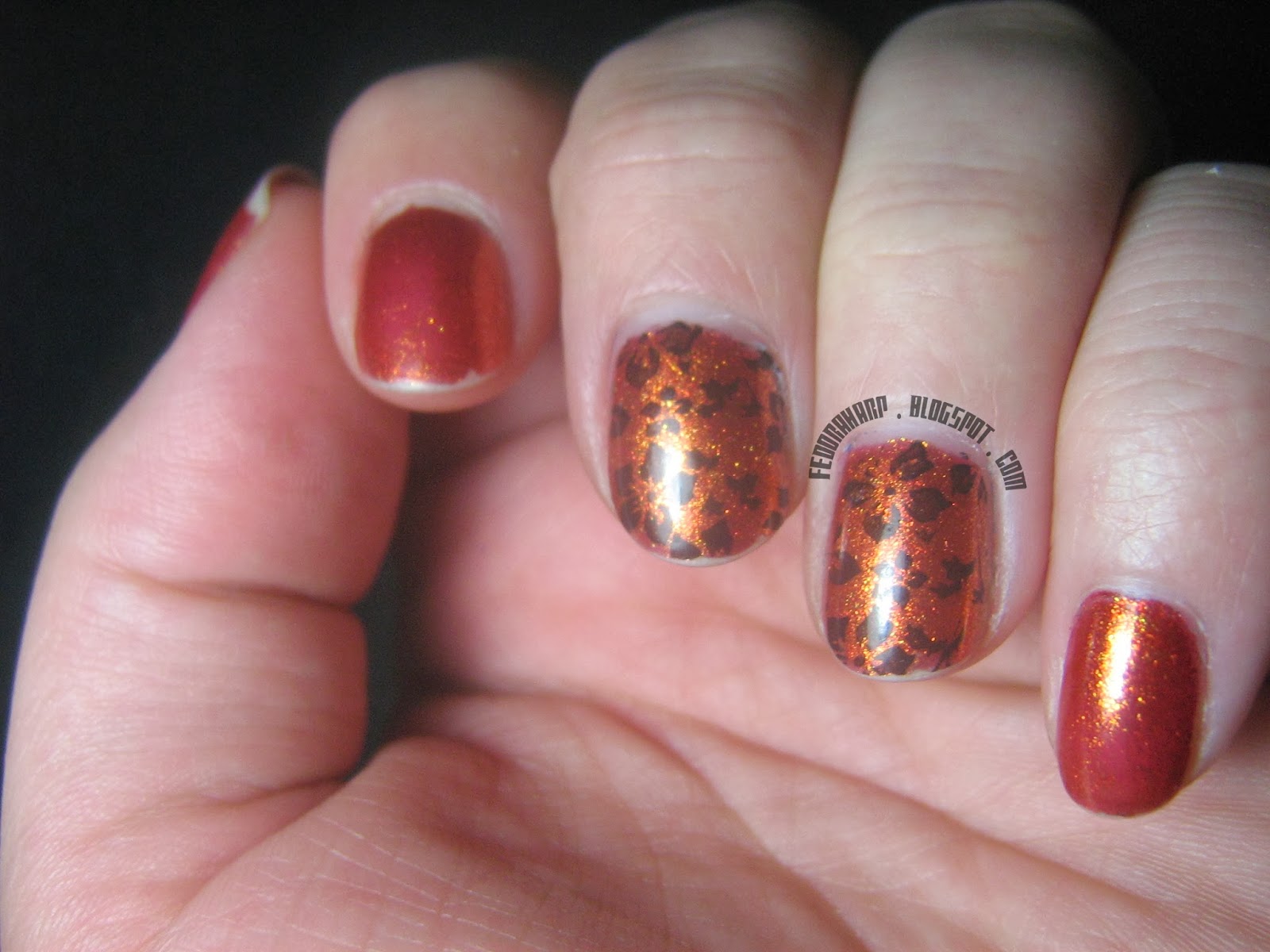 All things considered, it held up quite well! Since this just plain black on top of something I swatched just a few posts ago, I don't think I need to list the polishes for you :)

And thus ends the saga of the Interview Nails, at least for a good long time I hope! I've actually been at this job for an entire week already, so I have a bunch more things to share (like my first day of work nails and a few suprises!) But I'll be saving that for another post. My first week was pretty nuts, even just in terms of getting readjusted to 8 hour work days and waking up at a decent hour for transit. I'm hoping I'll manage to scrape together the energy to do multiple posts this week!
Posted by FedoraHarp at 2:18 PM