A while back a friend of mine brought me some polish from the USA, and among the polishes she brought was Sally Hansen Grape Shifter. It's a gorgeous glitterbomb composed mostly of fuschia hexes, bright teal shimmer, and larger silver holo hexes. To showcase the glitter, I decided to create a matching water marble. Water marble accents are the best, because you get the cool effect but since you're just doing a few fingers it takes far less time! 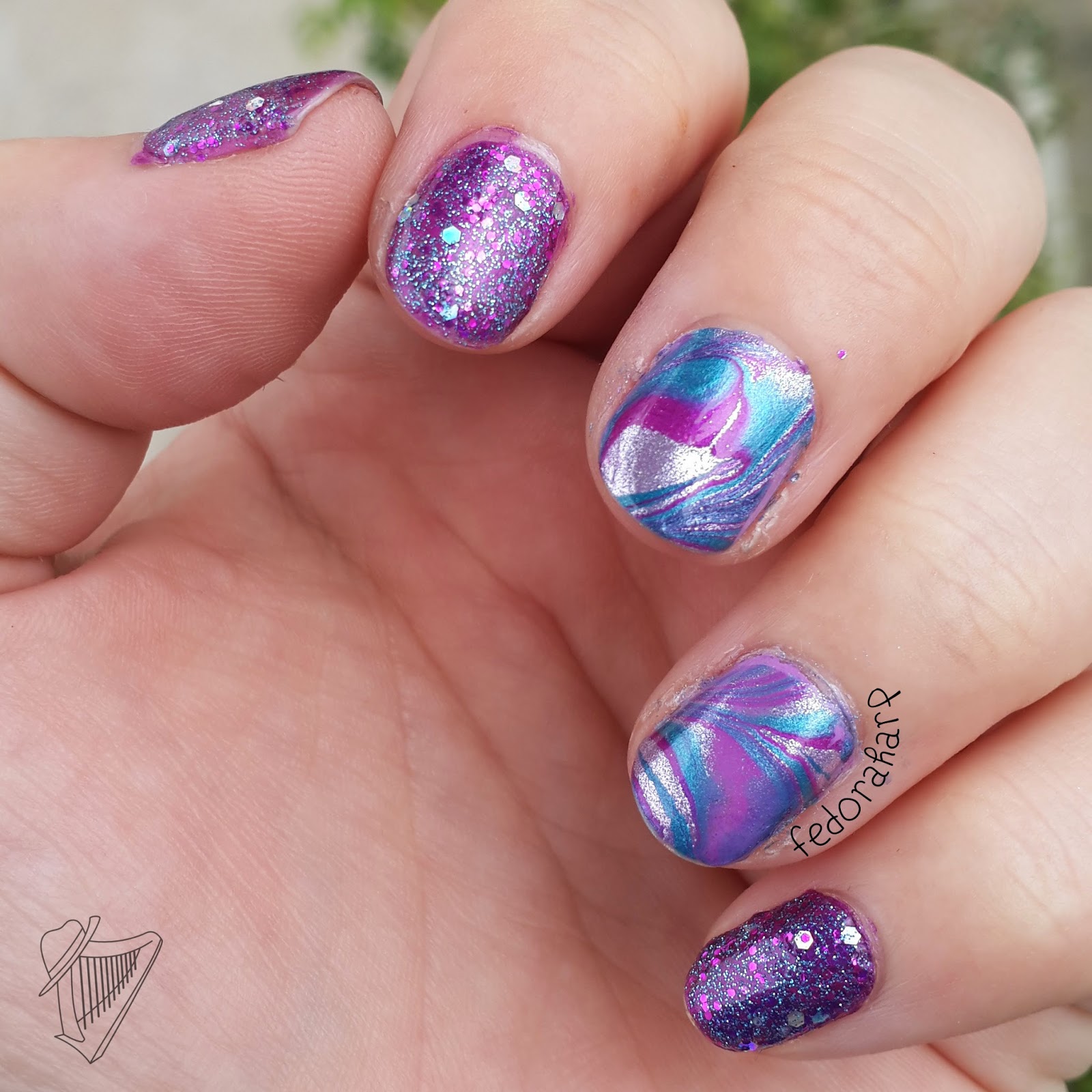 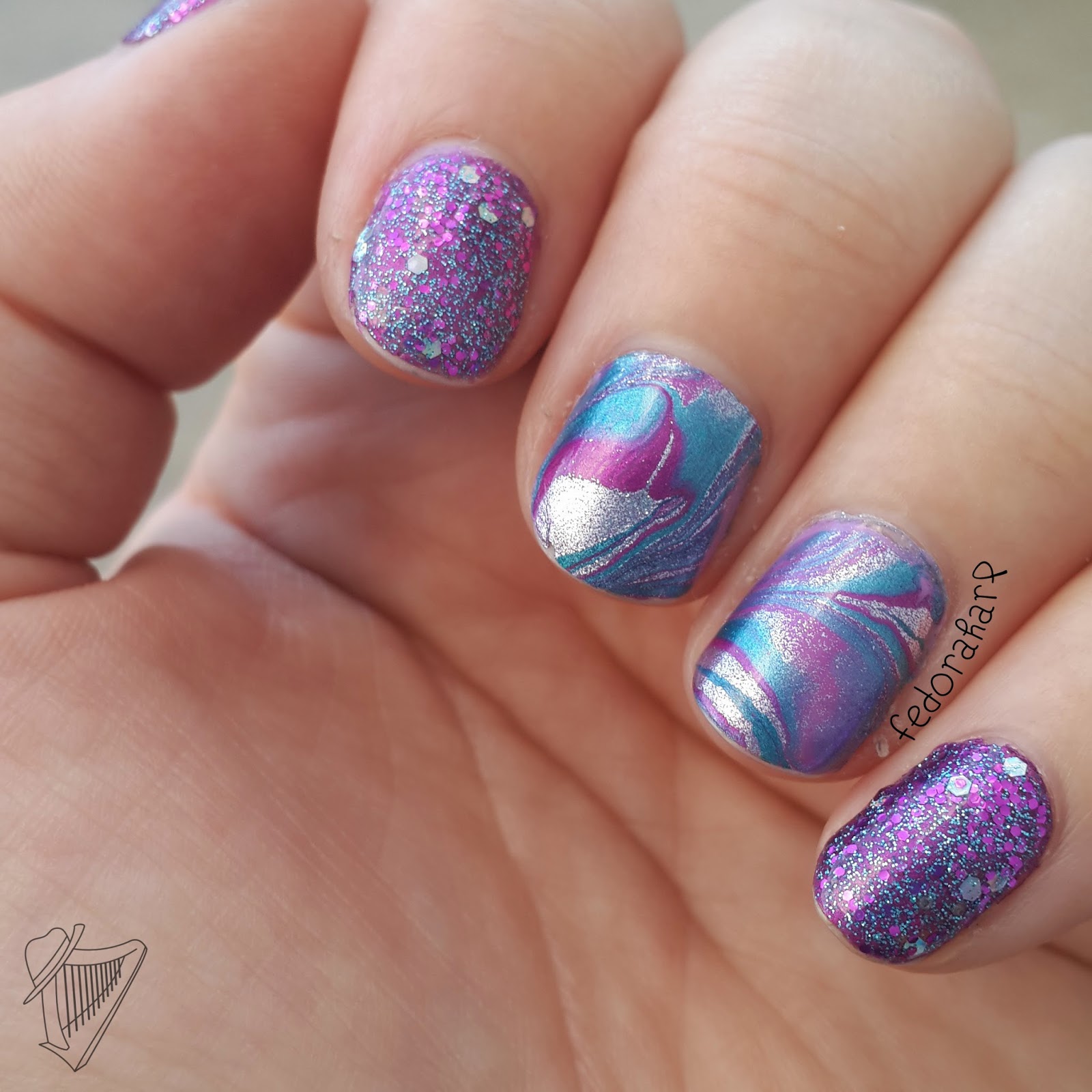 I put two coats of Grape Shifter over a fuchsia base (the same fuchsia that I used in the marble, but I can't remember what it was), but I think it would be fully opaque in three coats. It already was very nearly opaque here!
Posted by FedoraHarp at 11:00 AM