Ga-de has done it again! They are definitely scoping the market, because they just released a collection (called Designs from what I've been able to ascertain) that is similar to a lot of the glitter bombs put out by some of the more well know indies out there.

This series has four polishes, each composed of two different sizes of hexes plus one larger type of glitter. For two of them the larger glitters are flowers, and for the other two they are stars. 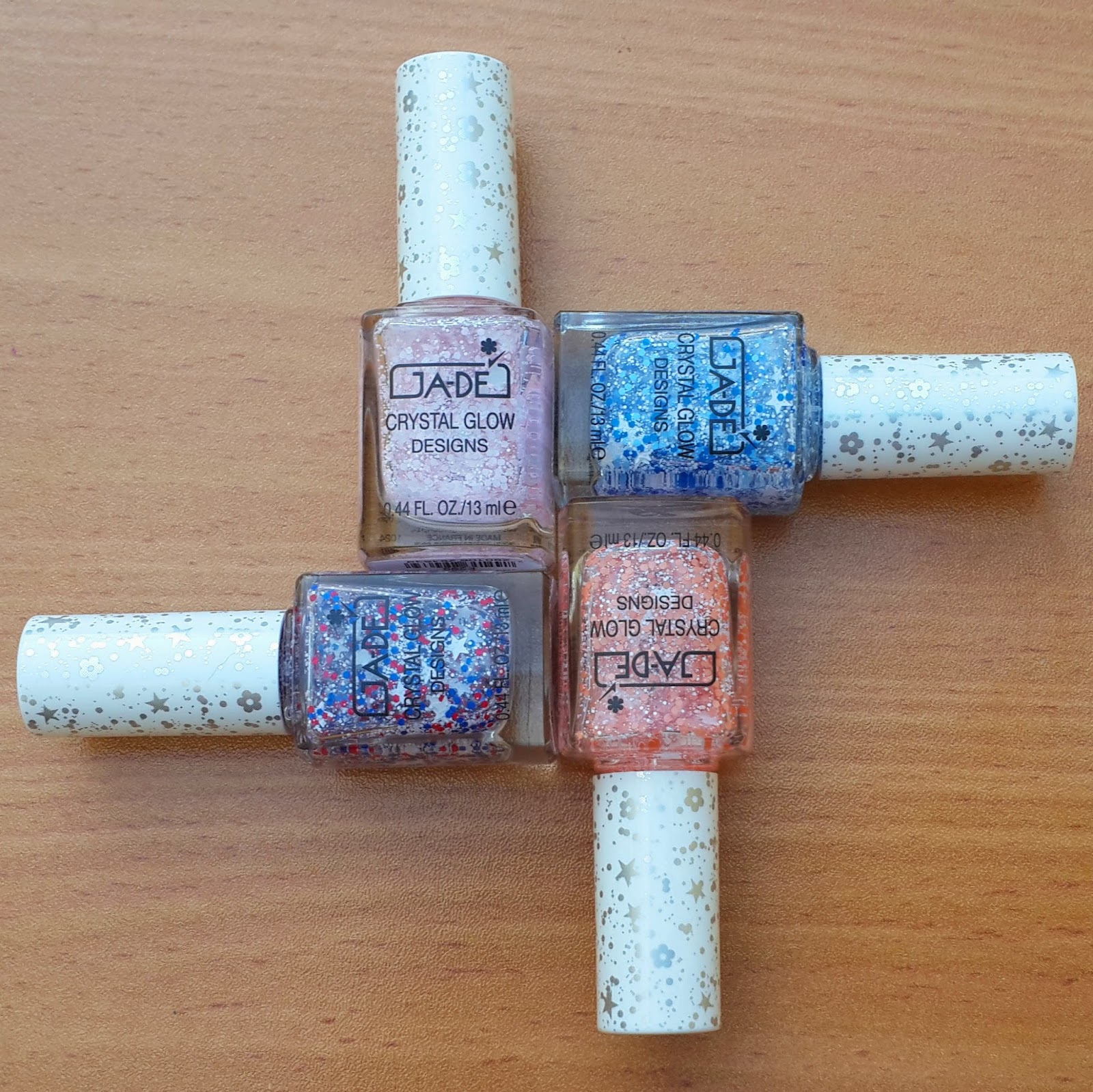 A note on the formula: They all have the same application- it's very easy to apply the hexes, and you have to do a little fishing around and placement to get the larger glitters out. Still, it's not very hard to 'catch' the larger glitters, they're fairly cooperative. And that's more or less the standard application for particles that size. I noticed that the stars were slightly easier than the flowers, possibly because the pointy tips get caught in the brush more easily. Then again, it was really a very slight difference, so I could be imagining it. 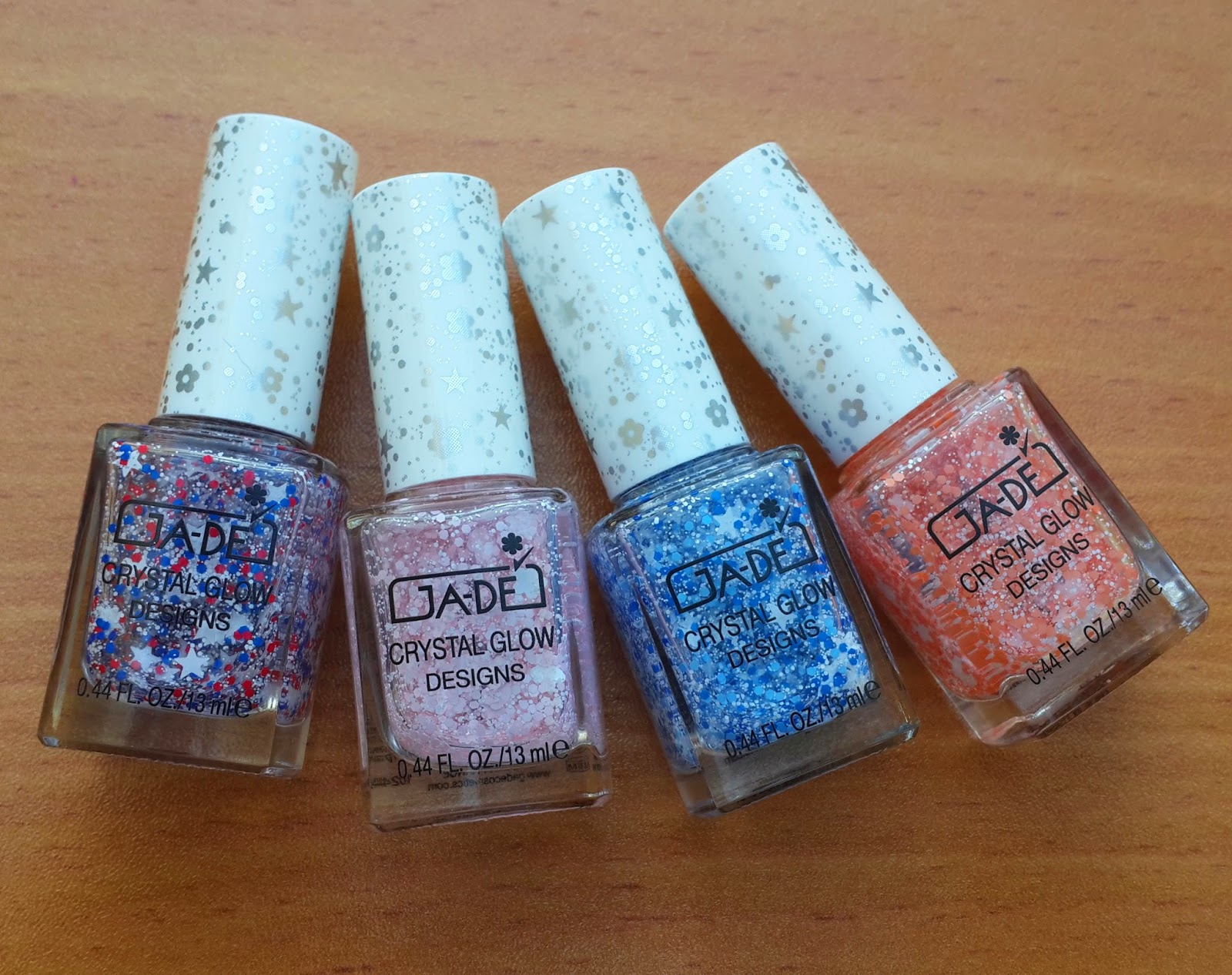 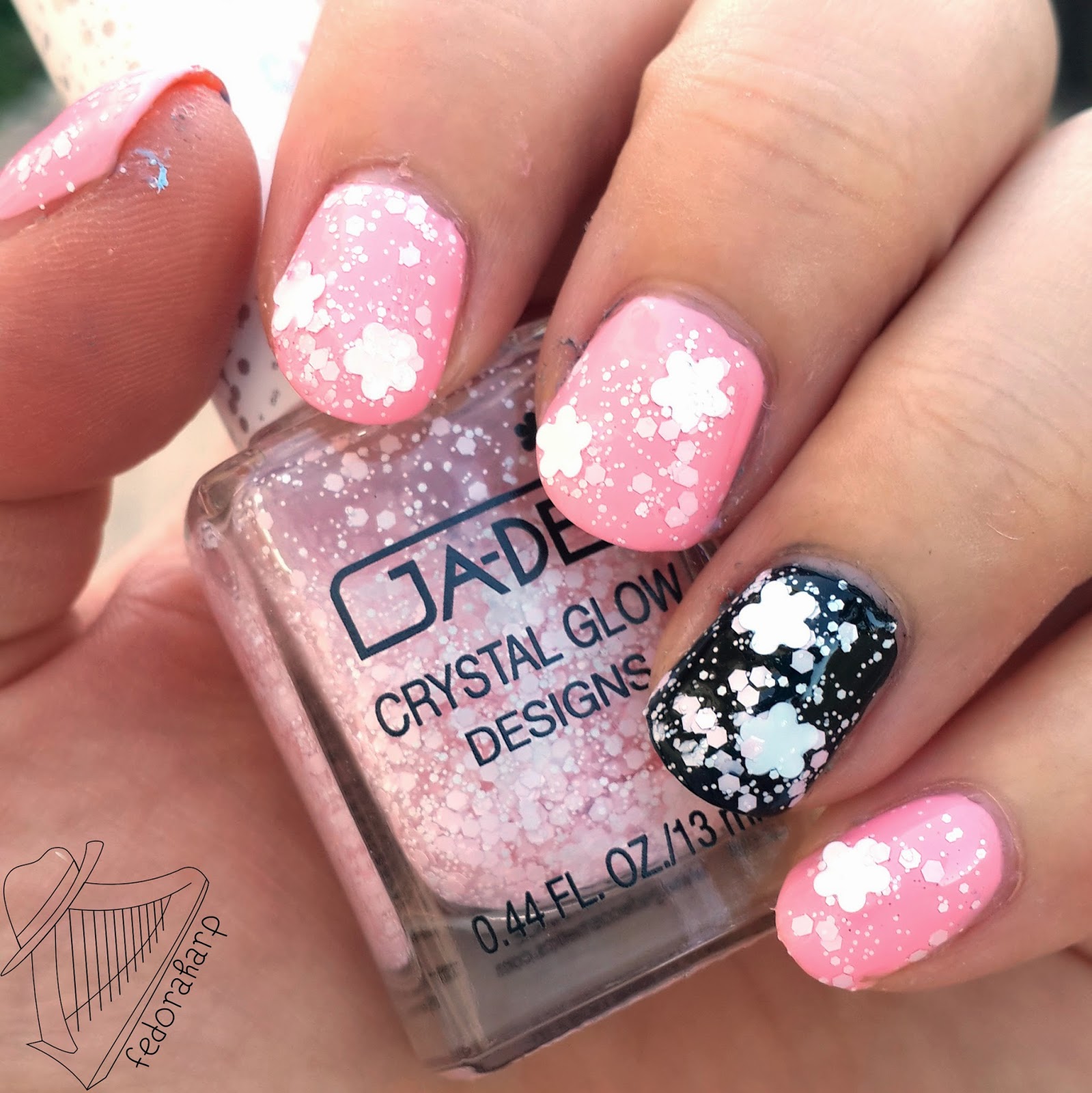 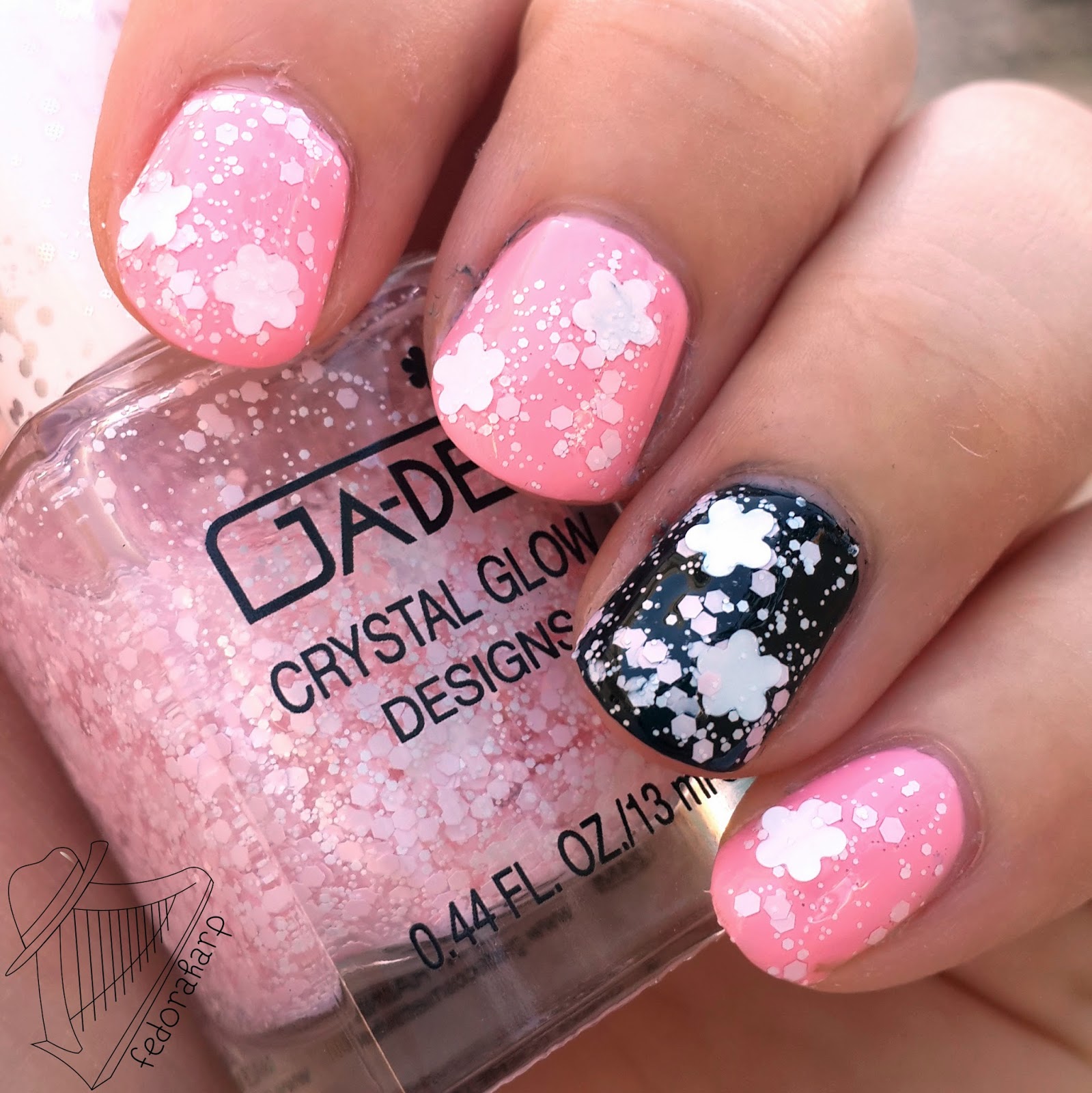 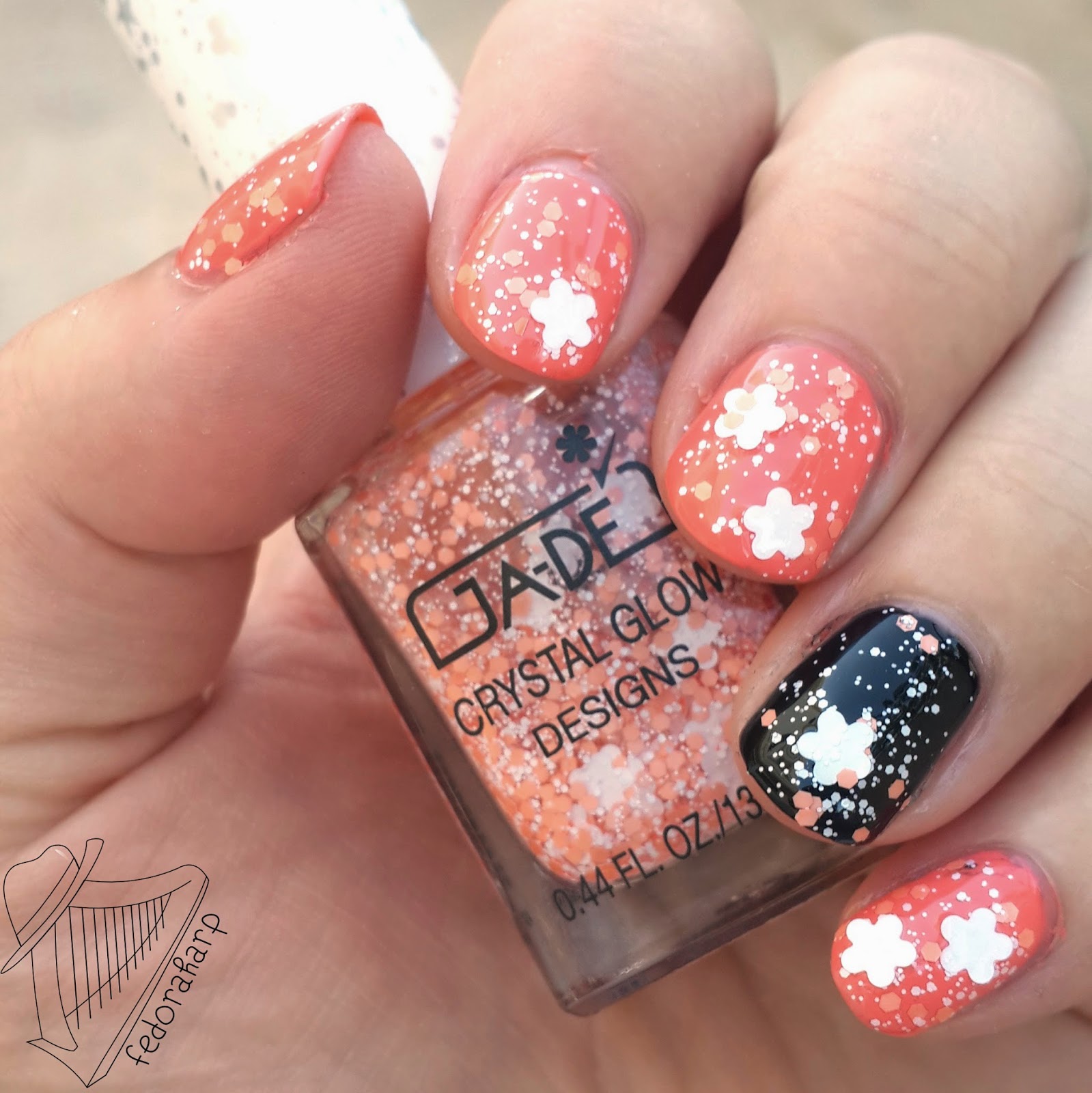 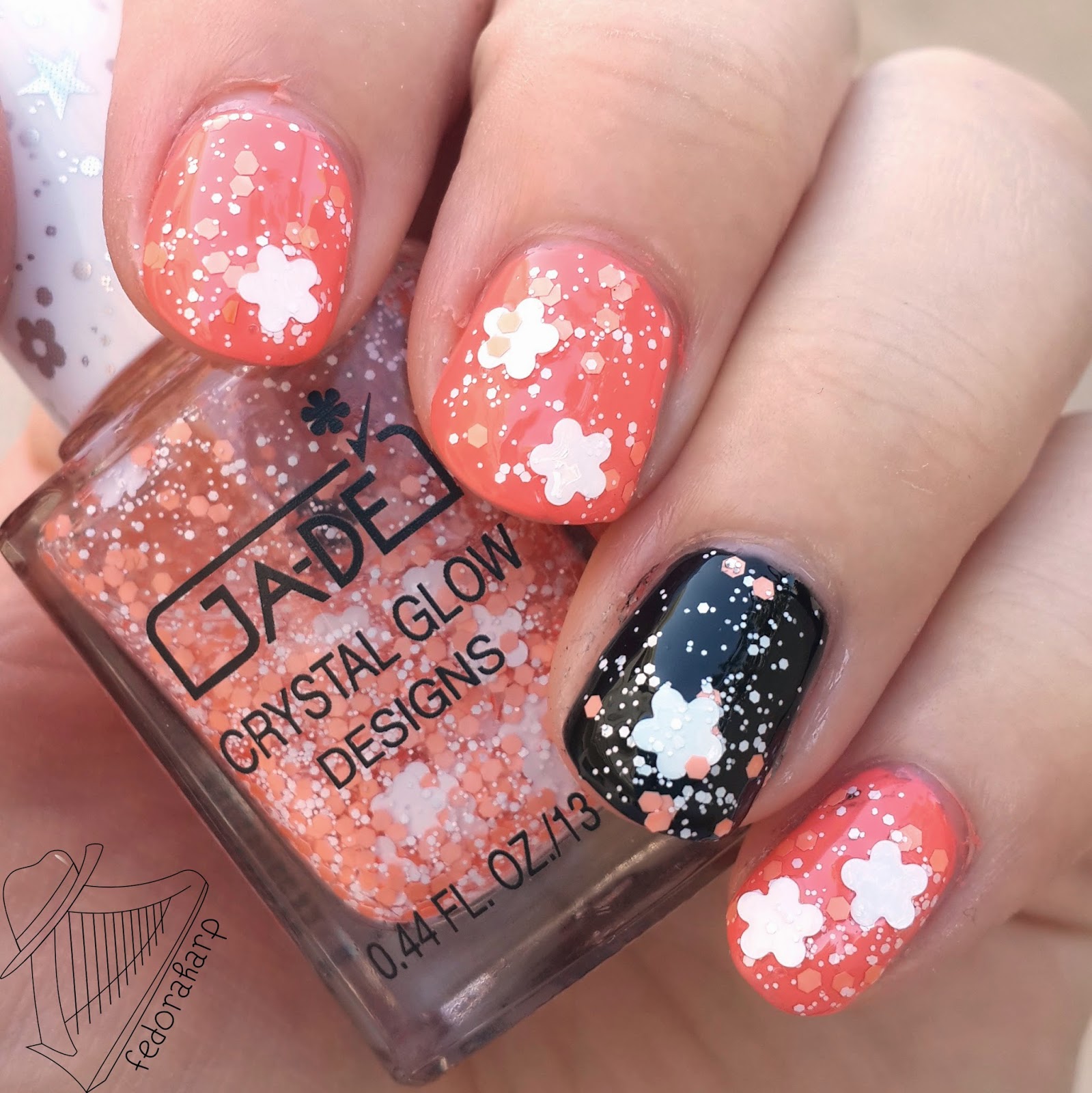 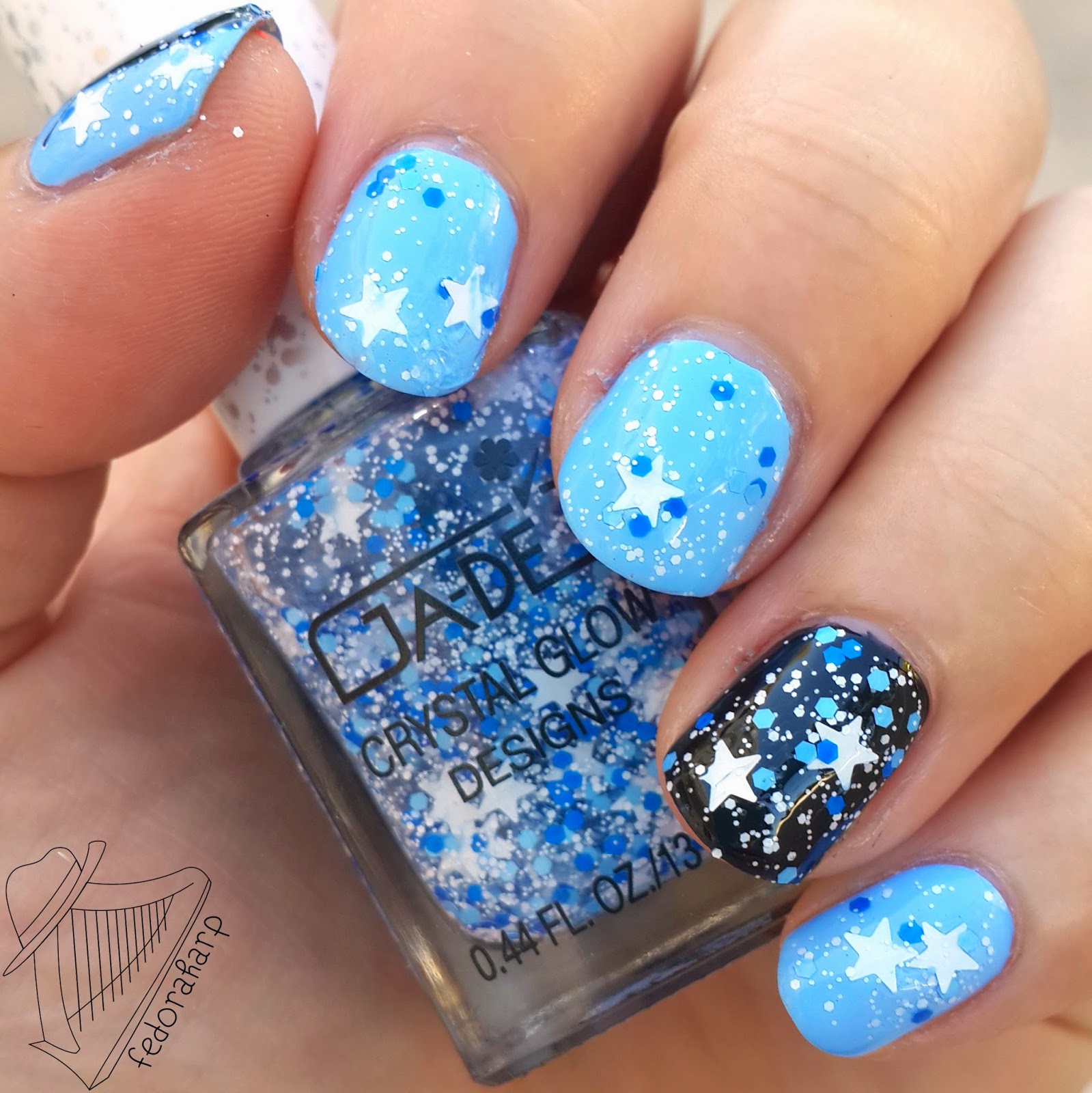 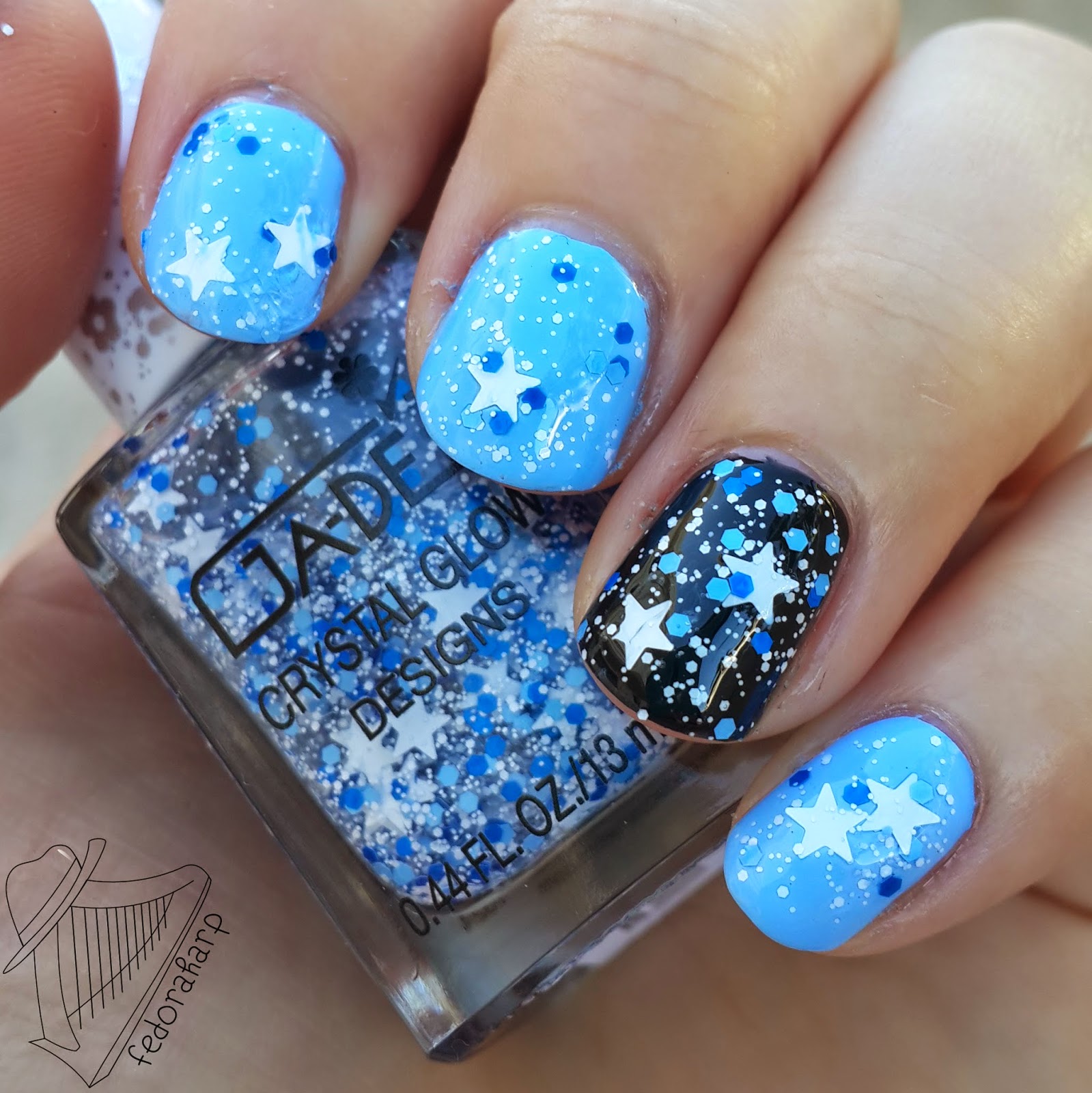 Rising Star (64) (aka why did Ga-de make a Captain America polish? Not that I'm complaining) 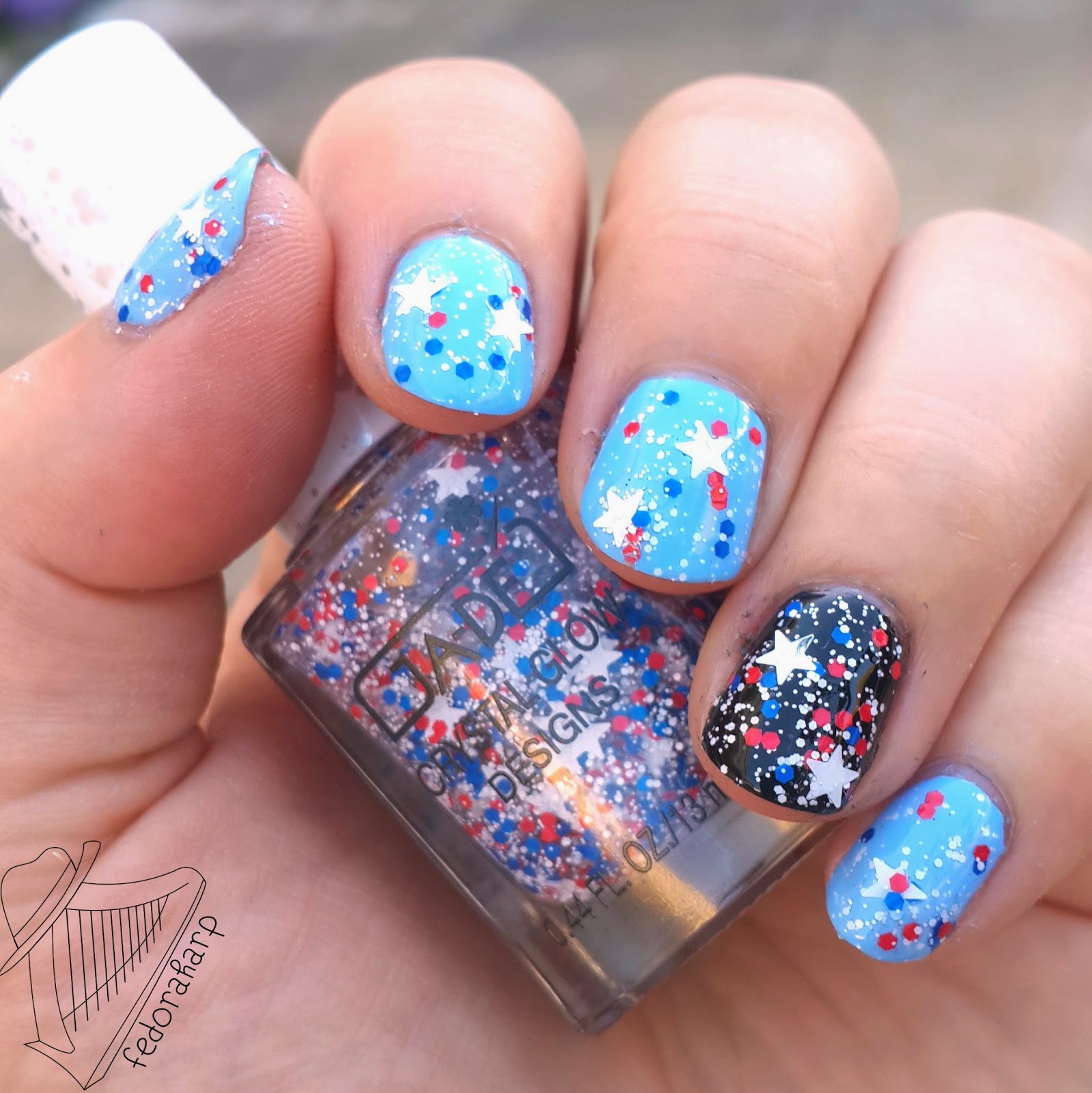 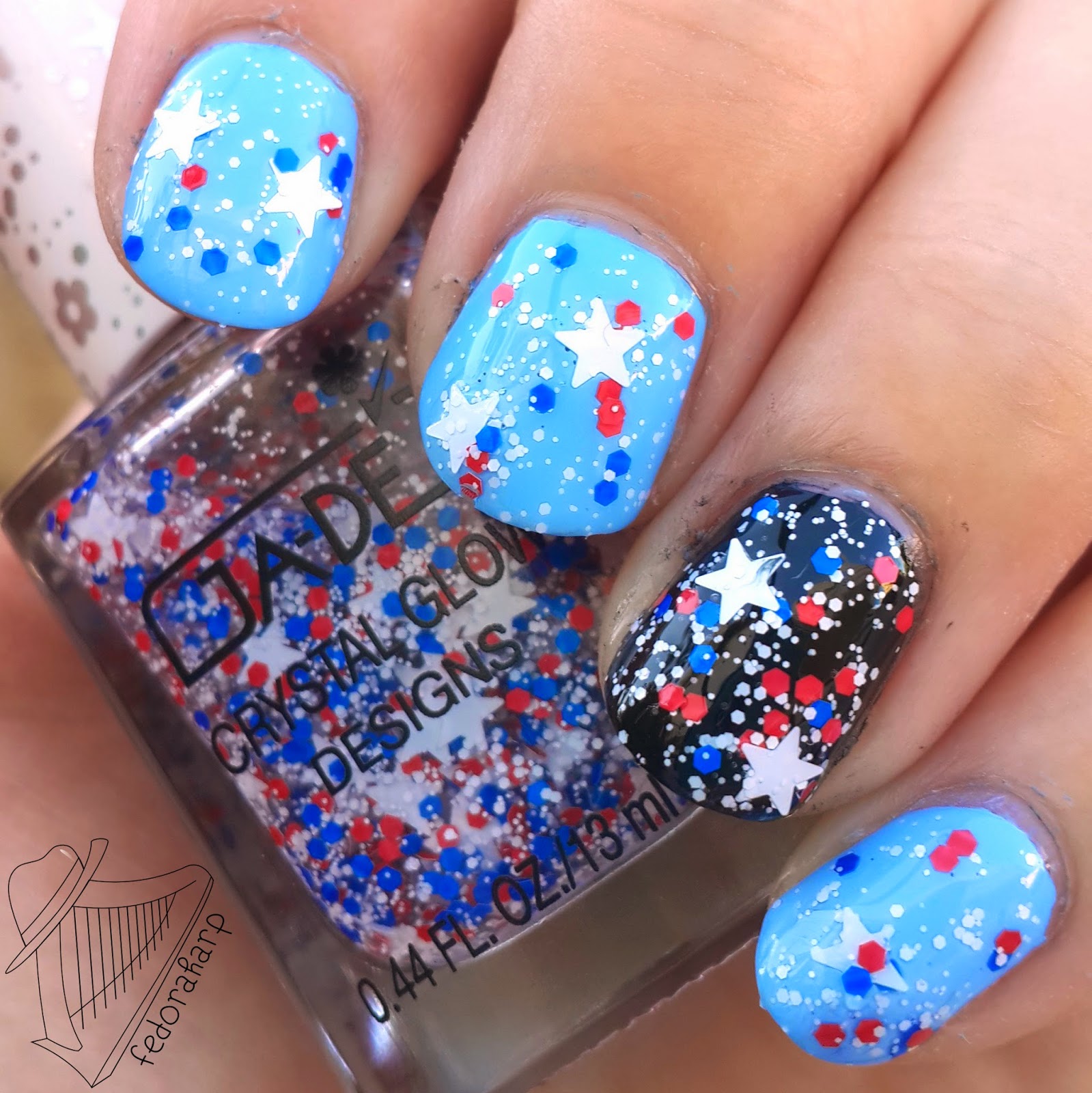 Each of these polishes can be purchased at Superpharm for around 15 shekel, unless they're not 'on sale' (really they're usually 15 shekel or so and occasionally they 'end the sale' to show us what a good deal we're getting paying 15). Sometimes you can get Ga-de polishes at Hamasbir too, but they usually have a smaller selection, and not so much new stuff.

Which one of these do you want?
Posted by FedoraHarp at 12:55 PM