Hey guys, I made some frankens...

...and now I'm addicted. That's not to say every franken I made was a rousing success, but damn, it's fun! I learned stuff as I went along, and you can see my progress.

I made six frankens total (five and a half, sorta- you'll see when I get there), which is the number of empty bottles I had. A good use for empties, fun and thrifty.

Unfortunately, on most of them I couldn't possibly tell you the exact ingredients of each one, so I could never properly recreate any of these.

I happen to have been marathon-watching all of Elementary, hence the names on these. 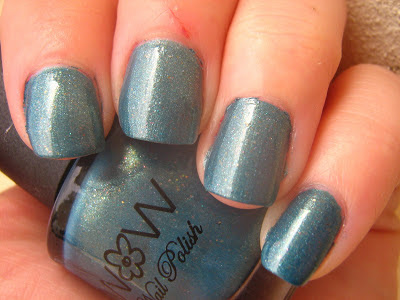 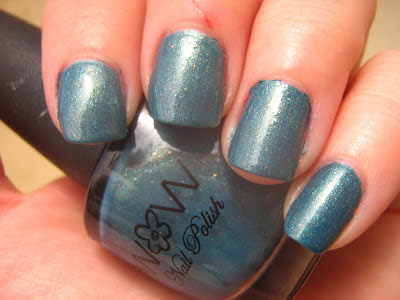 WHAT in the WORLD did the camera do to my fingers??? I promise I'm not that red in real life. The polish color is accurate, so I don't know- this camera has a bad habit of making my skin look a whole rainbow of wonky colors.

This one was both my first attempt and my least favorite result. It's far too murky. I like the glitter combo- some blue and green microglitter, with some slightly larger orange flecks, but I wish I'd left out the frosty finish.  I'm thinking that maybe I'll wear this on my toes for a while, and when there's more room in the bottle I'll add... something. Not sure what yet. I won't be able to get rid of the frost, but maybe I can make the color a little more appealing. What do you think, should I add blue or green?

You're A Liar Who Lies 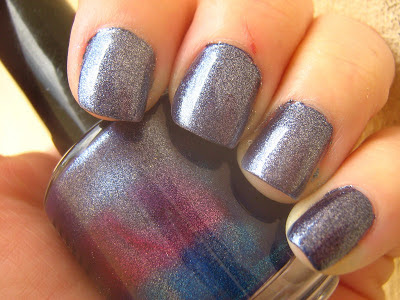 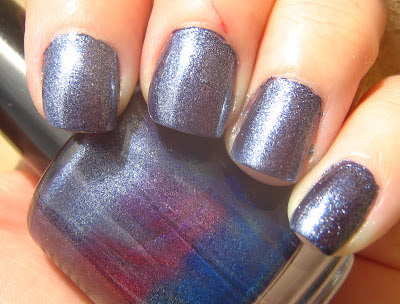 This one was one part stupid, one part a gamble. I mixed together a bit of each Chic Metalix polish, and this was the result. I mean, it's pretty nice- a deep indigo base with the signature silver flecked finish, but it's not what I was hoping for. On the other hand, the bottle does look really cool.

The polishes mixed up OK, but for some reason the sides got coated with individual ingredients most of the time. Probably because I don't have ball bearings. I tried slipping a small crystal into one of the bottles, but it turns out it was too light to have an effect. 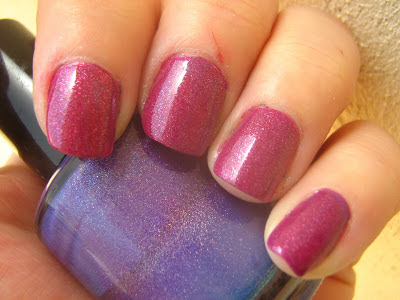 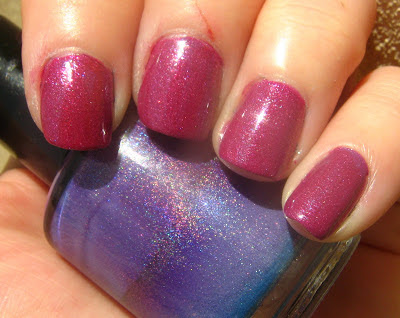 This is the first one I was really happy with. I'd intended to make it more of a purple, but the original color I made was too blue, so I added a bunch of red jelly and this happened. The shimmer is some holo and some regular shimmer, but it's much more pronounced in real life. See how it looks in the bottle in the second photo? Maybe a teeny bit less holographic than that. I like that it's a really classy color, this is  pink I can definitely wear. Maybe I'll wear it tomorrow.

Name change! This polish was initially "Bring Back Ms. Hudson", but that felt kind of clunky, so I changed it to "Autodidact", which is how Sherlock describes her when she is introduced. It's shorter and more streamlined, but still a good name. I named this one after Ms. Hudson, because I really wanted her to have more screen time. She seems incredibly interesting, with potential for a lot of story. Also, Ms. Hudson is a recurring supporting character in the original Sherlock Holmes, so I think she should be here too. 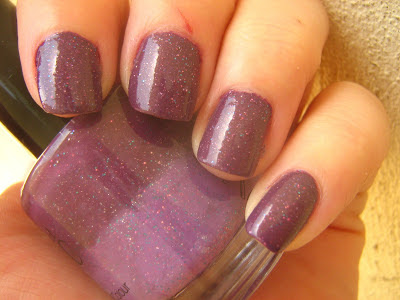 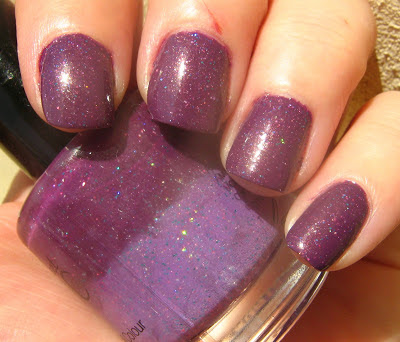 What I like best about this polish is how it manages to keep the creamy finish look, but the glitter still shows up clearly. In a lot of cream/glitter combos the glitter ends up looking murky or blurry, but here it showed up perfectly clearly. Also, I don't think I have anything in my collection that quite matches that particular shade of purple, so that's another bonus! There's some holo in this one too, but there's more teal and orange glitter in here than anything else.

I Don't Profile, I Deduce 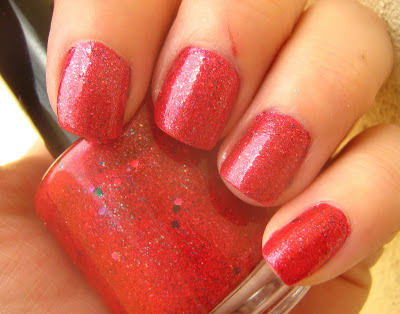 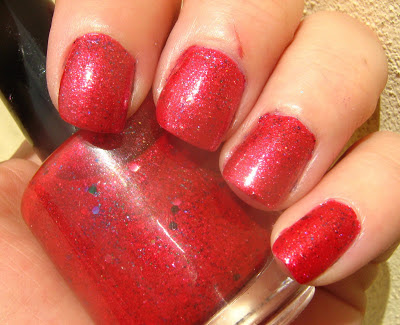 The story behind the name is simple: Sherlock was petulant.

This last one isn't exactly a franken, although I suppose technically it counts. Back when I first started going polish crazy, there was one particular purple which I wore constantly. I actually used up half of the bottle, which I have never done before if it wasn't something I was using as a base or in art. Halfway down it got kind of sticky, so I stopped using it. Now, I *could* have added some thinner, but I decided instead to add in some each of the two glitter polishes I bought for the express purpose of using in frankens.

Here is the purple on its own, plus two fingers have a coat of one of the glitters on top (I didn't swatch the second one, unfortunately- it's slightly larger particles with sheer glitter, mainly orange) 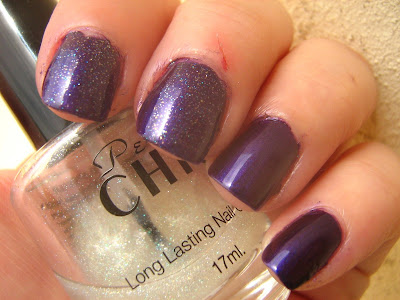 You can see why this color helped me fall in love with the whole idea of nail polish. It's deep, it's classy, it has that glows-from-within look.

Once I mixed these two together, I got this: 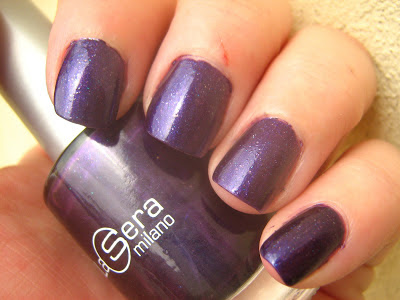 I liked this, but I still felt like something was missing, so I added some of the second glitter

Allow me to present you with: 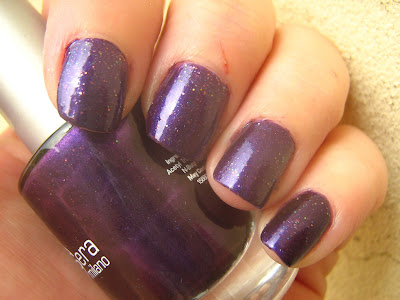 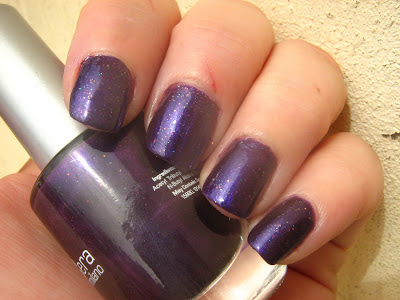 I am inordinately pleased with how this one turned out. It preserves the integrity of the original polish, but it adds that extra kick that'll probably bring this right back into my go-to polishes.

What do you think? Do you have a favorite? Is there a color you think I should make next?
Posted by FedoraHarp at 1:33 PM